I think it is fair to say that Israel’s political system is not doing too well.

Some are worried that our democracy is under threat.

But in Israel’s largest city, which happens to be our capital, Jerusalem, there is a sub-system of our political structure that still presents citizens with an option to exercise democracy, unimpeded by the machinations of political parties. I refer to the voting in elections for local communal administrations. 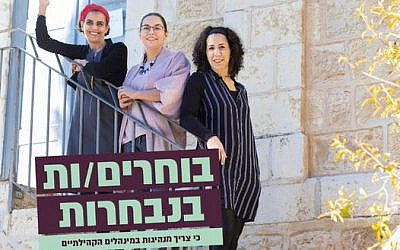 Photography by avigailphoto.com for the Kiverstein Institute

After eight long years, residents in eight districts will tomorrow be able to vote for neighbours who can represent them at the local level. Their representatives will be able to make decisions on matters such as parks and construction, parking and shopping, activities for children and activities for seniors, street fairs and commemorations, libraries, entertainment and more. If they sound important, it is because they are.

In theory, it is an excellent system of divesting power from the city-centre to the local neighbourhoods, allowing each neighbourhood a high level of autonomy in decision-making and dispersion of funds. In reality there have been some problems.

First, elections are supposed to take place every four to five years. The last elections were eight years ago. One reason is that there is a bi-rule that elections for the communal administrations cannot take place within five months of national elections. Another is that there are parties connected with the Jerusalem Municipality who have had an interest in NOT holding elections.

Even now, only eight of districts will go to the polls on Tuesday. The others are supposed to go during 2021. Let’s hope so.

The voter turn-out has been on average 19% of those eligible. This is partly because of low levels of awareness of the elections. In some cases, low awareness has enabled organised candidates to be elected by just gathering their backers around them without having to worry about a force in opposition. Low voter turn-out is an invitation for candidates with a particular issue to drive home to get themselves elected.

This year, some local administrations, some candidates and some NGOs, including my own Kiverstein Institute, are making a concerted effort to change that.

As I write, a number of neighbourhoods are cancelling their elections. The candidates have made deals. That is fine if they are genuine attempts at inclusiveness. Sadly, they seem to be the opposite. They seem to be a way of excluding certain candidates. There may be legal challenges to some of these deals and it is a shame that they are taking place on the eve of election day.

For many reasons, the representative nature of the administrations, which is their very raison d’etre, is far from the ideal.

Each communal administration has 15 members, 9 of whom are elected directly by residents. They do not run on behalf of political parties and should be there because they care about their own neighbours and neighbourhood. Sadly, some special interest groups or single-issue candidates have been able to garner enough support to be elected.

If voter turn-out is low and organised candidates can get themselves elected, the corollary is that “ordinary” people without an organisation or interest group behind them find it hard to cross the threshold.

The Jerusalem Municipality recently passed a regulation guaranteeing that Haredim would have a quota of seats in some districts. It did not do the same for Russians or Ethiopians or non-Jews or for women. 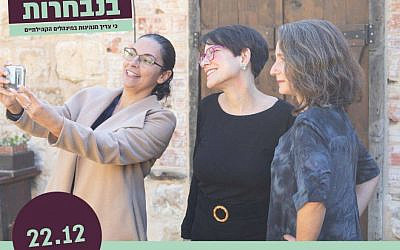 Photography by avigailphoto.com for the Kiverstein Institute

Under a previous bi-law, women do have to be represented on the administrations, so when the elected representatives are only or mostly men, the representatives of the Iryah are often women. But this is not good enough.

Women make up 50% of the population. On average, women spend more time in the neighbourhoods in which they live than men do. They are a much higher percentage of those who use the footpaths, the playgrounds and the chugim (activities) offered by their local administrations. They should have a voice in the decisions that directly affect their daily lives. They know which footpaths are unsuitable for pushing babies, which playgrounds are not safe, which activities or services their children or their parents need.

Men making decisions are not necessarily hostile to the needs of women but they do not lead the lives women do. Frequently, they see the world differently. As Knesset member, Tehila Friedman, said recently, “Where there is diversity around the decision-making table, there are fewer blind-spots.”

So, if you are in one of the small number of neighbourhoods that is voting tomorrow, please exercise your democratic right, (which I prefer to think of as “obligation” or “responsibility.”) Celebrate democracy! Vote! Vote for the local personalities you know care and have the drive to make a difference. Vote for the women who are running. They will bring fresh perspectives and energy – good things for Jerusalem and a reason to celebrate democracy.