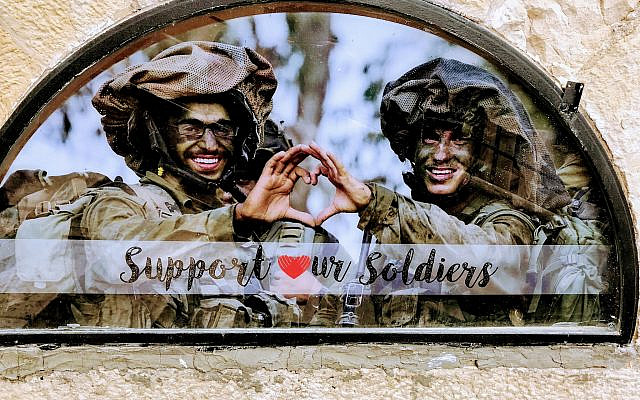 This Shabbat there were a couple of speakers from the Friends of the IDF (FIDF) at our Maryland synagogue.

First, the executive director of the local DC chapter provided an overview and spoke about all the good that FIDF does in providing for “educational, cultural, recreational, and social services program and facilities…for the soldiers who protect Israel and the Jews worldwide.” After this, a young lady, an amazing Captain from the IDF spoke and it brought tears to my eyes.

She described how she was born in Jerusalem and dreamed about serving in the IDF and using her talents in dedication and service to the Jewish State. As a Jewish Democracy, Israel supports women and provides for equality for everyone to participate in all facets of the country. The Captain described how her superior officers supported her to advance as far as she could in becoming a medical doctor for an infantry combat unit in the IDF. Similarly, I understand that Israel also provides for Israeli Arabs to volunteer and serve in the IDF, and a Muslim jurist is even serving on Israel’s Supreme Court!

Moreover, the Captain told about what an honor it was to serve such an amazing and moral defense force as the IDF. As a doctor, she serves as the Primary Care Physician (PCP) for the troops in her unit and treats everything from “athletes’ foot to diagnoses of cancer.” She explained that the policy of the IDF is to treat every human life that is in need. So, for example, when her troops were violently ambushed and they responded with riot dispersal gear, one Palestinian was hit in the temple by a rubber bullet. Even though he had just been a violent attacker, it was her job to take care of him as any other person in need and apply medical response in the field and then transport him to an Israeli hospital until full recovery.

Thus even as we read and see pictures of Russian soldiers killed, wounded, and seemingly abandoned in the heinous attack in Ukraine these days, in contrast the IDF policy is to leave no soldier behind as well as to take care of even enemy troops that have been “neutralized” and are no longer a threat. The Captain described how her clinic that takes care of all these people was funded by the FIDF.

It’s noteworthy that in Israel the terrible pain of Yom HaZikaron (Memorial Day) commemorating the 23,928 soldiers and civilians that have fallen on behalf of the State (as of 2021) is immediately followed the very next day by the incredible elation of Yom Ha’Atzmaut (Independence Day). The linkage clearly is that the Jewish State owes its very existence to those that have sacrificed their lives for it and of course, to G-d Almighty. As such, we need to be thankful to those that serve defending Israel and putting their lives on the line every day to safeguard ours.

I heard a saying recently that “you can’t fight effectively unless you are at peace with yourself first.” And I believe that the soldiers of the IDF are so motivated and effective, because they are generally at peace with themselves as a moral Jewish Democracy who stand for what’s right in the region and in the world. Especially after the extermination of 6,000,000 Jews in the Holocaust, the IDF are truly holy warriors that defend the Promised Land of Israel and the Jewish people globally. I think FIDF is a wonderful opportunity to give back to the soldiers as they dutifully serve to protect all of us. 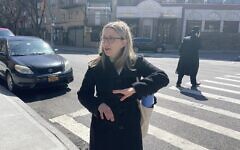