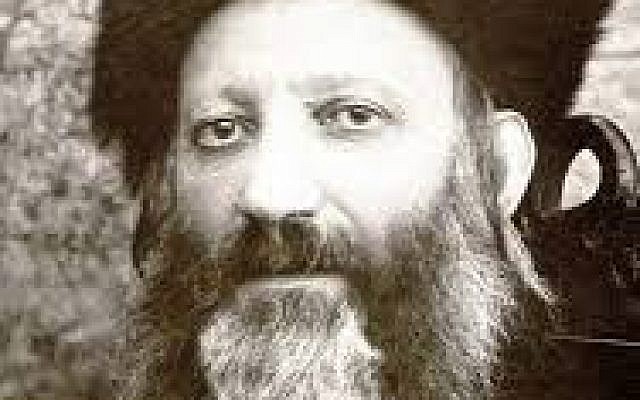 Collective memory is a powerful force for identity. We Jewish people have based our unique identity on recalling the Exodus from Egypt, our standing at Sinai, the building and destruction of the Temples in Jerusalem, exile and return. For the past two generations, the Shoah has been a key component of our collective memory, and we are clear on what we remember. Europe rejected us; only a few brave individuals stood up for us; most Europeans were complicit in perpetrating the evil while some stood by, allowing others to perpetrate it.

That collective memory has been challenged by the joint Israeli-Polish declaration which was signed at the end of June. It states that the Poles were not responsible or even “co-responsible” for Nazi crimes committed by the Third Reich. It rejects that there were “Polish death camps” and sees a parallel in antisemitism and “anti-Polonism” as practiced by the Nazi regime.

Such statements undermine our collective memory and go to the heart of contemporary Jewish identity. They suggest that our victimhood is not unique and that our oppressors might not have chosen to harm us.

How, then, could our Prime Minister sign such a document?  Is there any basis on which he can justify re-writing history?

Perhaps he was trying to look forward rather than backward, putting future needs ahead of a commitment to remember the past. Perhaps he was attempting what theologians have described as “purification of memory.”

John Paul II coined the term “purification of memory” in 1998. Speaking about the Catholic church’s role in nurturing antisemitism and the Shoah, he asked Catholics to take “a renewed historical and theological evaluation of such events.”  He said that, “This should lead — if done correctly — to a corresponding recognition of guilt and contribute to the path of reconciliation.” The key phrase is, of course, “if correctly done.”

John Paul was not suggesting that history be re-written but that we allow the past to be something we “overcome” in order to have a better future. His view has strong support in Jewish sources.

The most oft-repeated commandment in the Torah is that we should treat the orphan, the widow and the stranger with compassion because we were slaves in Egypt. This mitzvah asks us to take a negative experience and turn it into the source of a positive value. Instead of learning hatred and cruelty from our past enslavement, we should learn lovingkindness. We are not told to forget the past but we are told that evil we experienced in our past cannot govern the way we view the world.

Maimonides (Rambam) felt that there might be times when forgetting the past was preferable to remembering it. Maimonides’ explanation for the biblical and rabbinic prohibition of revenge (found in Mishneh Torah, Hilkhot De’ot, 7:8): “the Torah is strict against vengeance, to the point that one should erase the injury from one’s heart and not remember it at all. This is the correct attitude by which it is possible to support society and people’s dealings with each other.” There will be those who argue that this is with regards to individual, personal injury only and cannot be applied to crimes against the entire Jewish people. Perhaps in those cases, forgetting is not an option.

The Torah explicitly commands us to remember what Amalek did to us, suggesting that it is not only prohibited to forget our past enemies but that we must actively keep them in mind. However, there is a question about what we learn by remembering and how our memory forges our identity. 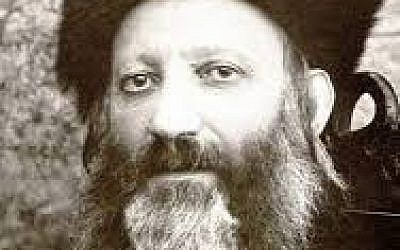 Rav Avraham Yitzchak Kook taught that even the memory of Amalek, the eternal enemy of the Jewish people who attacked the weakest and represents all that is evil, is not about holding onto hatred or fear. He pointed out that we are commanded to blot out Amalek’s name “from under the heaven” and explained that the enlightened spiritual person will be able to hold a place of love for Amalek “above” or “in the heavens” – at a higher level. Our remembering is a challenge – recognizing that that which has taken place within history is transformed when viewed from a broader, spiritual perspective. Our past must not imprison us. It is an opportunity for spiritual growth, to practice forgiveness and compassion.

When speaking of “purifying memory,” John Paul was responding to the needs of his time. He recognized that “the consequences of past faults still make themselves felt and can persist as tensions in the present.” But if we are locked into the relationships we had in the past, we Jews will not be able to trust anyone, not be able to negotiate as equal partners, will always be in fear that any agreement will be breached at the whim of the other.

This is the situation we face in our relationship with Poland today. Essentially, most Israelis do not trust Poland because of the Shoah. This lack of trust is what the negotiators were trying to heal. However, instead of “purifying” memory, they tried to negate it and instead of asking the Poles to revisit their past honestly, they allowed them to deny it.

Dina Porat, the historian from Yad Vashem who has faced severe criticism for her role in the creation of the document, (although she was not involved in drafting the final version), recognized something very important when she said about the Poles, “They don’t want their crimes to be central to their consciousness or identity. They want a different identity.”

The truth is, we Israelis also need the Poles to have a different identity. We need to be able to share the common history that so many of us have with the Poles over the generations we lived there in relative security. We need to celebrate food, music and folklore that we share. We need them to be potential partners for the future. We also need to commemorate the Shoah together. This is not just for the benefit of the Poles; it is for us.

We need something to change – perhaps along the lines of the way we have developed our relationship with Germany. A process of political normalization took place between Israel and Germany in the first decades of the State. At no point did Germany deny its Nazi past. A key moment in reconciliation was when Chancellor Willy Brandt fell to his knees at a commemoration of the Warsaw Ghetto in 1970. Analysts have noted that the Holocaust will always be there, will always be a presence. However, its negative impact on the lives of both descendants of Holocaust survivors and descendants of Nazi perpetrators need not prevent a positive future.

We can learn from our experience with Germany. In order to heal or purify memory we do not need to erase it. We can remember and forgive. We can remember and move forward. What we need to do is find a way of transforming the memory of the past into a source of wisdom for the future. What we cannot do is cross the fine line between purifying memory and denying it.