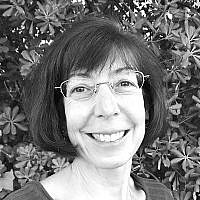 The Blogs
Jan Zauzmer
Apply for a Blog
Advertisement
Please note that the posts on The Blogs are contributed by third parties. The opinions, facts and any media content in them are presented solely by the authors, and neither The Times of Israel nor its partners assume any responsibility for them. Please contact us in case of abuse. In case of abuse,
Report this post. 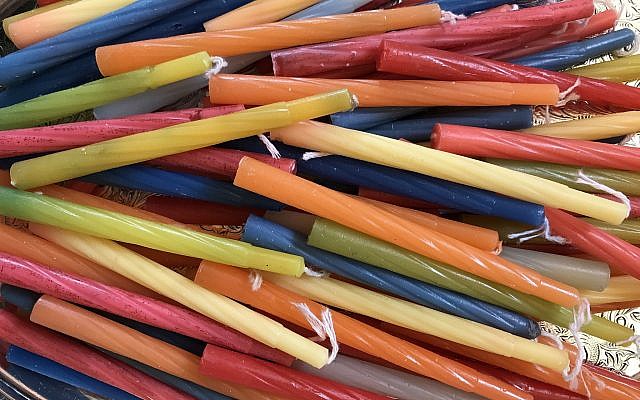 Last spring, I gave the Passover story a feminist makeover in a Lilith piece titled Why You Should Control+F Your Passover Hagaddah. With a few nips and tucks, the history of the Exodus became herstory.

Let’s fiddle with the Hanukkah story too. Why? Because both the good guys and the bad guys in the central Maccabee text are guys. Fictionally recasting leading men as powerful women highlights the dearth of prominent female representation in this joyful holiday. While it could not be easier to find and replace “Judah” for “Judy” in a Word document, finding and replacing a patriarchal society for an egalitarian one in real life is a taller order.

Ages and ages ago, around the 160s BCE, an evil queen reigned over the Land of Israel: her majesty Antiocha IV.

This Seleucid ruler sought to wipe out the practice of Judaism in the queendom in favor of imposing Hellenistic customs. Pluralism was just not her favorite hashtag. Intent on desecrating the Hebrew house of worship, Antiocha sent her footwomen to Jerusalem to turn Jewish bimahs into pagan altars. Jewish rituals were outlawed, and pigs were sacrificed in a temple that was no longer holy.

Many Jews bowed to the new order—but not the mighty, mighty Maccabees! The gritty Maccabee family—consisting of Mattathella, her five daughters, and maybe some unnamed males—fought to retake the temple. After Mattathella passed away, her famed daughter Judy Maccabee took charge of the persistence.

Though the betting market on the rebellion would have favored the queen’s army, sure enough the diminutive but determined Maccabees led the Jews to victory. A real Davida and Goliatha tale—though that anecdote was ancient history by then.

Once the Maccabees reclaimed the temple, their next big task was to purify it. When at last the idols were removed and the temple was restored to its pristine condition, the Jews held a rededication service to praise the Almighty. The holiday became known as Hanukkah, meaning “dedication.”

The end? Of course not! Next came the best part of all: The oil in the temple’s lustrous womenorah burned for eight celebratory days instead of the expected one day. As the letters on the dreidel remind us, “nes gadol haya sham.”

In commemoration of the great miracle that happened there, to this very day Jewish grandpas and dads fry latkes in oil and teach their sons how to make delicious sufganiyot for the whole family to enjoy.

To be sure, one can look to two heroines, Judith and Hannah, for strong female role models tangentially associated with Hanukkah. But that requires a deeper dive into the lore. By contrast, Judah Maccabee and his brethren are no afterthoughts. They make the holiday sound bite every year.

The age of miracles is not past. Hanukkah has the power to work wonders in our time too. With some fanciful reimagining of the Festival of Lights, we just may start to see Judah, Judy, and everyone else in a new light.

About the Author
Jan Zauzmer is a past president of a large Union of Reform Judaism congregation in Pennsylvania, and her writings have appeared in JTA, Kveller, Patheos, Daily Kos, Religious Action Center of Reform Judaism, Lilith, ReformJudaism.org, and Moment.
Related Topics
Related Posts
Comments