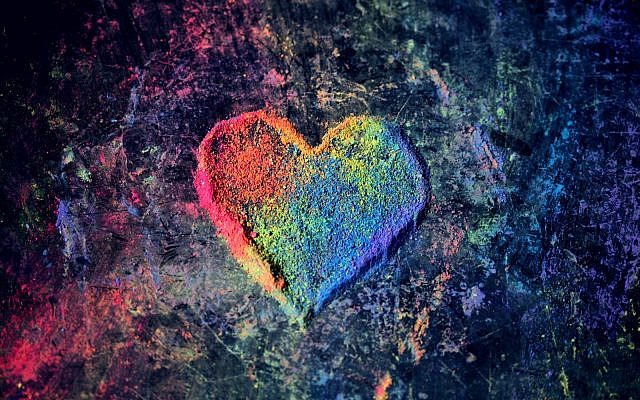 If you ever want to experience a truly fervent prayer service, go to High Holiday services at one of Israel’s hospitals.

Upstairs, on the 10th floor, my husband Leonard (known as Eliezer in Hebrew) lay in the cardiac intensive care unit, ventilated and sedated, recuperating from the sudden death that he experienced some 25 hours before the holiday, when he collapsed, lifeless, after a game of squash that he played for his health.

The words of U’netaneh Tokef – “Who shall live, and who shall die? Who at the end of his days and who not at the end of his days?” — become unbearable when you have a loved one who is teetering between worlds. Leonard is not yet 60 and cares for scores of ventilated children at ALYN Hospital in Jerusalem in his work as a doctor. During the Musaf service on the first day of the holiday, the thought, “It’s not his time,” crowded out any other personal prayers that I might have had for myself or any other members of my family.

On the second day of the holiday, my prayer situation was worse. During the supplementary Musaf service, I found myself unable to focus on anything other than the prayers that were ascending to the heavens on my right. On the bench next to me was a young ultra-Orthodox woman, her hair meticulously tucked into a black beret, her beautiful features peeking out from the surgical mask she wore to protect herself and others from the plague, and tears streaming down from her doe-shaped eyes as she fervently whispered her silent prayer. On her wrist was a band of white plastic. She was a hospitalized loved one. And she was alone. Or was she? A slight belly protruded in front of her, the kind that could indicate early pregnancy or recent delivery. What explained her distress? Had she just received some terrible news about her own health? About her baby’s health? Had she — perish the thought — just lost her baby?

The woman’s tears seared her cheeks as they streamed down her face. Her whispers cleaved through the heavens as her prayers ascended. Whatever pain I had, hers was greater. Whatever faith I had, hers was more intense. I thought of my own cry on Facebook when my husband was being catheterized after the flow of his life’s blood had been severed: “Please rock the heavens with prayers for the health of Eliezer Seftel Ben Sarah Taibeh.” My prayers needed a village; the young woman next to me was able to rock the heavens on her own.

As the prayer leader’s tones rose in intensity, I continued my internal debate. I thought of the hundreds of messages of support that I had received from friends and acquaintances before the holiday and how they gave me strength over the holiday. I especially loved the comment that said, “If I could reach out and touch you through this message I would.” It stayed with me as a virtual hug throughout the holiday.

Finally, the U’Netaneh Tokef prayer began. “We shall ascribe holiness to this day; For it is awesome and terrible.” I decided I simply could not leave the young woman on her own and would be an emissary for whoever it was that she needed with her at that time. I scooted over to the end of my bench so I could be near her. She was sitting, even though the prayer is a standing prayer, so I sat. Without looking or asking, I reached my arm across her back and around her right shoulder and held her firmly. Immediately, her tension began to ease. She was swaying gently; I swayed with her, adjusting my pace to hers. I joined her in her pain and my thoughts were wholly directed to supporting her prayers — whatever they were for. About three-quarters of the way through the prayer, she turned to me, looked me in the eye, and nodded. I knew that was my cue to return to my place.

For the rest of the service, the young woman was calm. She mouthed the words of the prayers along with the leader and tapped her foot in time to the communal singing. I wondered if I had somehow ruined her prayer by taking the edge off of it and stripping it of its angst and its passion. But from that point on, I was free to concentrate on my own prayers. And at the end of the service, the young woman came over and thanked me.

A day before Rosh Hashanah, my husband was brought back to life by two strangers who saw his plight, and reached out to resuscitate him even before the ambulance arrived. During the four days when he was unconscious, I was buoyed by messages from friends and acquaintances, which girded me with resilience even if I was unable to read them all and acknowledge them in real time. During the hazy days when my husband was recuperating in the ICU, my prayers were amplified by the words of hundreds of other people, some of whom were reciting psalms and prayers for someone they did not know. During the Rosh Hashanah Musaf service, I paid the support that I was given forward by reaching out to a distraught young woman and giving her a warm High Holiday embrace.

May this be a year in which we are all able to see the needs of others and be first responders. May we find the right ways to hold each other and meet each other’s needs. And may my beloved Eliezer Seftel ben Sara Taibeh, who is being discharged from the hospital today on the eve of Yom Kippur, be sealed in the Book of Life for a year of health and complete healing so that he can continue to be there for me and our children and can continue to heal and support the many children and families in his care.