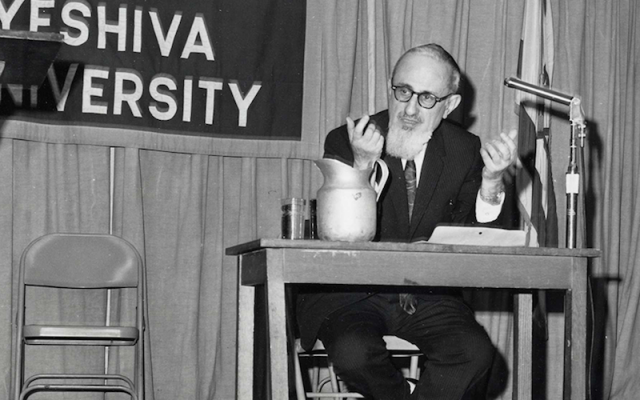 My mother OB”M told me that sometime in the late 1930’s she went to a Zionist meeting in Boston. I found this revelation intriguing. So, I followed up by asking how involved she got. ‘Oh, no, I never went back.’ When I pushed to find out why, she informed me that they asked every attendee to join the Socialist Party. My mother wanted nothing to do with Communists.

I’m not sure what this means, but I have theory. To second generation Americans, the idea of a Jewish homeland meant America.

Israel was foreign and exotic. America was home, and full of promise. Jews were too busy trying to survive the Great Depression to think about far-fetched dreams across the ocean. It was fine to put pennies in the blue JNF box, but not to actively get involved.

That changed after WW2. Many, especially those who had served, felt ready to flex their muscles and check books on the Zionist Dream. Many Jews, my mom, too, were exhilarated by the UN vote at Lake Success out on Long Island, NY. Even the name sounded propitious.

Then there were visits from Israeli politicians (most famously Golda Meir raised the equivalent of $750 million) begging for funds to support the fledgling IDF.

But the response from Jewish organizations was tepid at best. At the Conservative, Jewish Theological Seminary, students put up an Israel flag on Yom Ha’atmaut, 1949. The administration had it taken down.

There was confusion. American Jewish organizations were fighting their own battles, usually against each other. Most American Jews were too busy trying to make it here to worry too much about over there.

There was pride, for sure. I went to afternoon Hebrew school from 1958 through 1964, and we bought our trees (remember those charts with leaves?) and sang Hatikva.

But overall support was weak, at best, throughout the 50’s.

The 50’s were a time of becoming American, and, especially after the Rosenberg trial and executions, no one wanted to be accused of ‘dual loyalties’. It’s sad. Most American Jews missed Israel’s Cinderella story. My parents’ generation was too busy striving for the American Dream. Most missed a much greater miracle.

One exception came on Yom Ha’atzmaut, 1956, Rabbi Soloveitchik delivered his stirring Kol Dodi Dofek, the Voice of My Beloved is Knocking. In which he described six ways in which we were all better off because of the birth of the State of Israel. It’s still very moving. First, the knock of the Beloved was heard in the political arena. From the point of view ‎of ‎international relations, no one will deny that the rebirth of the State of Israel, in a political ‎sense, ‎was an almost supernatural occurrence.

Second, the knock of the Beloved was heard on the battlefield. The tiny defense forces of Israel defeated the mighty Arab armies. The miracle of “the many delivered into ‎the ‎hands of the few” materialized before our eyes, and an even greater miracle happened! ‎

Third, the Beloved also began to knock on the door of the tent of theology, and possibly this is ‎the ‎strongest beckoning. I have, on several occasions, emphasized in my remarks concerning the ‎Land ‎of Israel that the theological arguments of Christian theologians to the effect that the Holy ‎One has ‎taken away from the Community of Israel its rights to the Land of Israel, and that all of the ‎biblical ‎promises relating to Zion and Jerusalem now refer in an allegorical sense to Christianity and ‎the ‎Christian Church, were all publicly shown to be false, baseless contentions by the ‎establishment of ‎the State of Israel.

Fourth, the Beloved knocks in the heart of the youth which is assimilated and perplexed. ‎The ‎period of hesterpanim in the 1940’s brought confusion among the Jewish masses ‎and ‎especially Jewish youth. Assimilation increased, and the urge to flee from Judaism and the ‎Jewish ‎people reached its apex.  Suddenly, the Beloved began to beckon to the hearts ‎of the ‎perplexed, and His beckoning, the establishment of the State of Israel, at least slowed the ‎process ‎of flight.

The fifth knock of the Beloved is perhaps the most important. For the first time in the annals of ‎our ‎exile, Divine Providence has amazed our enemies with the astounding discovery that Jewish ‎blood ‎is not cheap!

The sixth beckoning, of which we should also not lose sight, was heard at the time of the ‎opening ‎of the gates of the Land of Israel. A Jew escaping from an enemy’s land now knows that ‎he can ‎find refuge in the land of his forefathers. This is a new phenomenon in the annals of our ‎history.

God was banging on our collective front door, but in the 50’s, just like the beloved in Shir Hashirim, we were distracted. In the 50’s American Jews fell under the sway of the American Dream. We wanted to be make it there.

Even the ‘56 Sinai Campaign didn’t galvanize apathetic American Jews. A Chabad friend of mine told me that if the miracles of the Six Day War (like taking the Temple Mount) had happened in ‘56, American Jews wouldn’t have reacted like we did a decade later. We weren’t ready.

All that was to change in the 60’s. We’ll save that story for Yom Yerushalyim. However, the words of Rabbi Soloveitchik still resonate and give me chills.

Next: Shall We Dance?