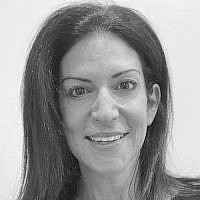 The Blogs
Irit Tratt
Apply for a Blog
Advertisement
Please note that the posts on The Blogs are contributed by third parties. The opinions, facts and any media content in them are presented solely by the authors, and neither The Times of Israel nor its partners assume any responsibility for them. Please contact us in case of abuse. In case of abuse,
Report this post.

It goes without saying that these past two months has resulted in a historic shift in Israel’s place in the Arab world.  The full normalization of relations between Israel and the UAE and Bahrain are the first of its kind in almost 30 years. A coveted Middle East peace accord was what every U.S. administration would dream of.  This was a win for peace in the region and, yes, it was also a win for the Trump Administration.  One can hardly dismiss this Administration’s help in facilitating these historic agreements.

The tepid coverage the accords garnered in the media, while disappointing, should be expected. Most cable news networks did not broadcast the signing ceremony and front page newspaper stories on the peace agreements were also scarce.  That said, what’s more worrisome is the deafening silence of the Jewish community. As a parent whose children attend several Jewish day schools in the greater New York area, the recent peace accords were largely ignored.  While strong support for Israel is touted as being in their mission statements, most Jewish students were not even made aware of the accords, robbing them of an opportunity to become successful pro-Israel advocates in the future. And if this is what’s happening in modern orthodox Yeshivas, one has to wonder what’s being taught in other schools where students are not spending 50% of their day on Judaic studies and taking a post High school gap year to Israel.

The American Jewish community has always yearned for acceptance.  Our ability to assimilate has made our people a model for success.  In our day schools and communities, we are the first to march for racial injustice, for gun control and for any other cause we deem necessary.  Yet we are so focused on being politically correct and accepted by the masses that we have stopped advocating for the things that are most critical to our survival as a people.  The tragedy is that we should know better than most that nothing we have should be taken for granted. The normalization of relations between Israel and two of her Arab neighbors should have been an opportunity to educate, to celebrate, and yes, to also say thank you to an Administration who helped pave the path to a more peaceful Middle East.

About the Author
Irit Tratt obtained her Masters in International Affairs with a focus on the Middle East from The George Washington University. Upon graduating, she worked as a Legislative Assistant handling foreign affairs for several members of Congress. She currently lives in New York.
Related Topics
Related Posts
Comments