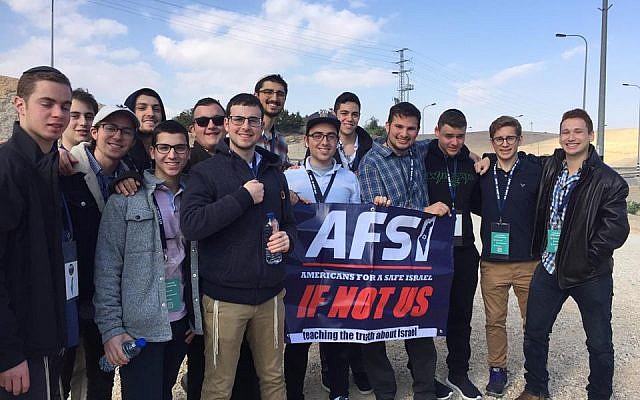 After three of their members were thrown off a Birthright bus, If Not Now has accused Birthright of stifling participants from exercising their right to question. In a tweet addressing the expulsion of the If Not Now members, Batya Ungar-Singer, the opinion editor at “The Forward” wrote that Birthright, “Bans the most Jewish value on the planet – hijacking conversation to insist on justice.” In response, a follower of Ungar-Singer wrote, “Questioning is [also] supposed to be an important theological tradition to arrive at a depth of understanding.”

Rabban Gamliel is quoted in Pirkei Avot as having said, “An ignorant person cannot be pious.” Knowledge is of primary importance in Judaism and the process of study takes precedence over all other mitzvot save a few situational mitzvot. Important to the learning process is questioning. The same Rabban Gamliel followed his warning about ignorance hampering piety with another warning, “A person prone to being ashamed cannot learn.” Rabban Gamliel’s grandfather, Rabban Shimon said one of the three things the world stands on is justice, and God Himself commanded that we should pursue justice. Questioning and pursuing justice are undoubtedly great Jewish values.

A greater Jewish value than questioning and pursuing justice is derech eretz. Always a challenge to translate, I’d use the word “decency” as the best English word for derech eretz. Rabbi Elazar the son of Azariah is quoted as having frequently taught, “If there is no derech eretz, there is no Torah.” The Torah is a Divine work of direction to a more meaningful led life. Acting with decency and a developed character is necessary to leading a value led life.

Yesterday’s incident on a Birthright bus, when three If Not Now members were expelled, has been mischaracterized by many who wish to paint this as a shutting down of questioning. The three participants expelled were If Not Now members who joined this trip to protest Birthright’s lack of Palestinian Arab participation. Their questions were asked repeatedly, they were responded to in a way that wasn’t satisfactory to them, and they persisted to ask, disrupting the trip for the other participants. Having agreed not to disrupt the trip, and having violated that agreement, they were expelled.

The insistence by the participants and their advocates that they were prevented from asking honest questions is a lie. These three If Not Now protesters acted in a manner that lacked derech eretz. Their actions were insensitive to the Birthright participants, they signed up for a free trip at other people’s expense with a premeditated plan to violate the terms of the trip, and refused to heed requests to stop disrupting the trip. These adults should have known that it was more important for them to act with derech eretz than to pretend to question and protest.
Sadly, If Not Now members are ignoring another great Jewish value as well. Earlier I had quoted Rabban Shimon who said one of the three things the world stands on is justice. Another of the pillars is peace. Hillel added to Rabban Shimon who said, “Be of the disciples of Aharon, loving peace and pursuing peace and love other people.” If Not Now members aren’t acting in a peaceful manner. Their disruptive actions bring discord to the Jewish community and while they think their ends justify the means they employ, they would be more peaceful and more effective if they acted with common decency.

As a Torah and Israel Political Advocacy educator I have brought my Jewish students together with Palestinians, advocated for Jewish students to see Judea and Samaria/The West Bank, and find it important for my students to learn the Palestinian Arab narrative. The most important lesson I have taught my students is to act with derech eretz. If If Not Now wants to be an effective organization and not just Twitter bait and sensational headline fodder, they should act with derech eretz and focus on education, not protest.

Disclaimer: The author directs a program in Israel called If Not US that takes American students studying in Israel to Judea and Samaria/The West Bank to learn the truth and see past the headlines.