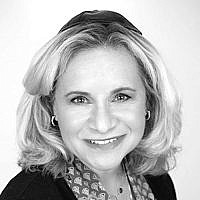 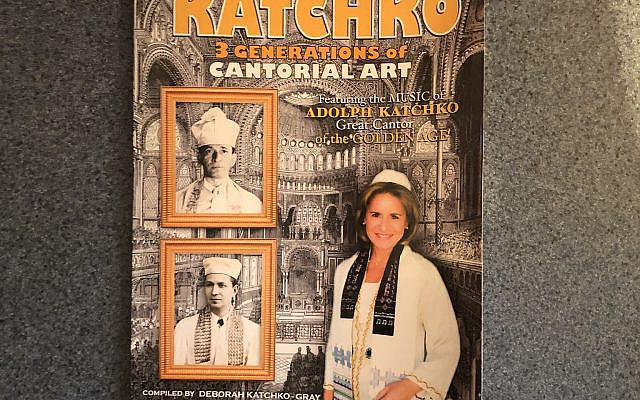 Kol Nidre is one of the most sacred musical experiences of the year in Jewish worship. It is solemn and awesome; the music is powerful. The cantor has a responsibility to represent the community and uplift them through his or her voice. It is the one prayer I have had extreme anxiety over, due to the pressure I feel to make it just right. I remember years ago coughing and clearing my throat so often right before, when I began to sing I had even more to overcome! As I get older, the anxiety is less, but the awesomeness increases with age and perspective.

It would have felt neglectful of my duties as cantor to play a recording of my father singing the Kol Nidre up until this year. For 40 years I have chanted Kol Nidre with my father’s voice in my head. This year, with the creativity of zoom, pre-recordings, videos shared, it was not a crazy idea to play my father singing the Kol Nidre as one of the three chanted. Luckily my wonderful Rabbi David Reiner loved the idea. His father Rabbi Fred Reiner is an esteemed rabbi, and he often shares his father’s wisdom , bringing him into our worship experience.

The music of this Kol Nidre was composed by my  grandfather, Cantor Adolph Katchko. He wrote music that is still taught to cantors world wide, bringing traditional modes and text together. His publication of A Cantorial Thesaurus was hailed by Hebrew Union College in the early 1950’s  as the first cantorial book of traditional but original melodies using Jewish modes of nusach as it’s base.  When I was a young girl I thought he wrote Jewish Music. I thought he wrote everything. I would say to someone, my grandfather wrote a lot of Jewish music, ever hear this? I would start to sing the opening notes of Kol Nidre, and they would say, “ Wow! I’ve definitely heard that!”  Of course, every Kol Nidre starts that way, as the sacred melody is considered Mi Sinai, from Mount Sinai , a select group of melodies traditional and considered especially holy.

My father’s Kol NIdre moves me for many reasons. It was the only time he was in a recording studio. I insisted he and my mother come to a small recording studio in Georgetown, CT to record a few gems I loved. I had just recorded my first cd in l994. Both my parents had been battling cancer, and I knew this may be my only chance to have a professional recording of them. The studio had a keyboard that had an organ sound- not my mother’s preference, but it worked. When I heard the opening chords of hers on Kol Nidre as that recording began, I burst into tears sobbing. It was my mother’s hands on that keyboard and I could hear her so clearly. She would pass only two years later in l996. My father at the time of the recording, had a kidney removed from cancer and a piece of his lung removed from cancer. Having these two major surgeries would impact anyone, especially a singer who needs the abdominal muscles and diaphragm to sing well.

The recording showed little loss of vocal strength, but I knew he had those obstacles to climb, and he was able to sing with the majesty, power and deep conviction of a master cantor. His father told him he had “ the voice of a prophet” and his Kol Nidre to me sounded that way. My dear father passed away in l997 to join my beloved mother.

When I heard Natalie Cole harmonize with her belated father, Nat King Cole in that incredible duet, “ Unforgettable” , I began to wonder if I could do the same with my beloved father and his studio recordings.

I did my Katchko Three Generations of Cantorial Art recording in 2009, and  I knew I should try harmonizing with my father. After all, he was my primary teacher and the music was transmitted to him by his father. This recording was done to show a woman can sound like a traditional cantor and a woman at the same time. I changed many keys to be female friendly and added guitar chords for the liberal cantors. It was thrilling to do a recording of a piece, Ki K’shimcha and include my grandfather as well, bringing three generations of cantors together.  I was lucky to find a great studio engineer Paul Avgerinos from Studio Unicorn in Redding, CT. Twelve years after my father passed, I was singing with him in the studio. It continues to be a surreal experience to listen to our voices together but it is incredibly moving. I am so grateful for technology to bring us together.

When the Kol Nidre was played during our recent Kol Nidre service I knew it was not the time for a video montage ( though I was tempted to show photos of my father as a cantor ) because it is ultimately about the prayer, the text and our obligation as cantors to fulfill our duty as Shlichei Tzibor, representatives of our congregation.

Another silver lining from Covid, was that after sobbing nonstop during the Kol Nidre of my father, it was then my turn to do the third Kol Nidre. Luckily it was prerecorded and videoed, so I could pray and recover at the same time.

Thank you to Natalie Cole for the idea of singing with a deceased parent. I am grateful for the opportunity to share his magnificent voice and soul with my congregation. ( I’ve attached the recording to share it with you as well).  I do believe with a cloud, comes a silver lining,

When things return to somewhat normal, I hope to keep this recording as a Kol Nidre offering going forward. May his voice and the glorious music my parents shared with me always be a blessing and an inspiration.