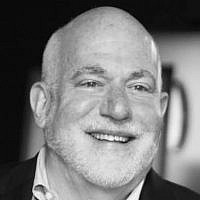 The Blogs
Arthur Slepian
Apply for a Blog
Advertisement
Please note that the posts on The Blogs are contributed by third parties. The opinions, facts and any media content in them are presented solely by the authors, and neither The Times of Israel nor its partners assume any responsibility for them. Please contact us in case of abuse. In case of abuse,
Report this post.

CHICAGO (JTA) — The central prayer of our people, the Shema, is often interpreted as a message of unity and the interconnectedness of all things. This can be a powerful force for bringing people together, for helping us to see the common humanity and the spark of the divine that unites us, whatever our seeming differences may be.

But last week we saw something else, how a claim of interconnectedness can be used as a wedge to drive us apart, to turn people who might be allies on many issues into bitter enemies because of disagreement on others.

Last week, A Wider Bridge was set to sponsor a program at Creating Change, the nation’s largest conference of LGBTQ leaders, presented by the National LGBTQ Task Force. The mission of A Wider Bridge is to build connections between the LGBTQ communities of Israel and North America, and our guests were two leaders of the Jerusalem Open House, an essential organization that works to build LGBTQ community in Jerusalem in a challenging and diverse environment.

Jerusalem Open House has spent the past six months helping its community recover and heal from the horrific violence at last summer’s Jerusalem Pride Parade, which resulted in the murder of 16-year-old Shira Banki and the serious wounding of several others. Leaders of Jerusalem Open House came here expecting to be embraced and supported by the LGBTQ community at the conference.

Instead, our program was disrupted by protesters, a threatening atmosphere of hate and intimidation was created, and the Jerusalem Open House leaders were not permitted to speak. Many of the Jewish participants at the conference were truly shaken by the ferocity of the protest, especially the anti-Semitism that was on display in some parts – including the chant of “from the river to the sea, all of Palestine must be free.” 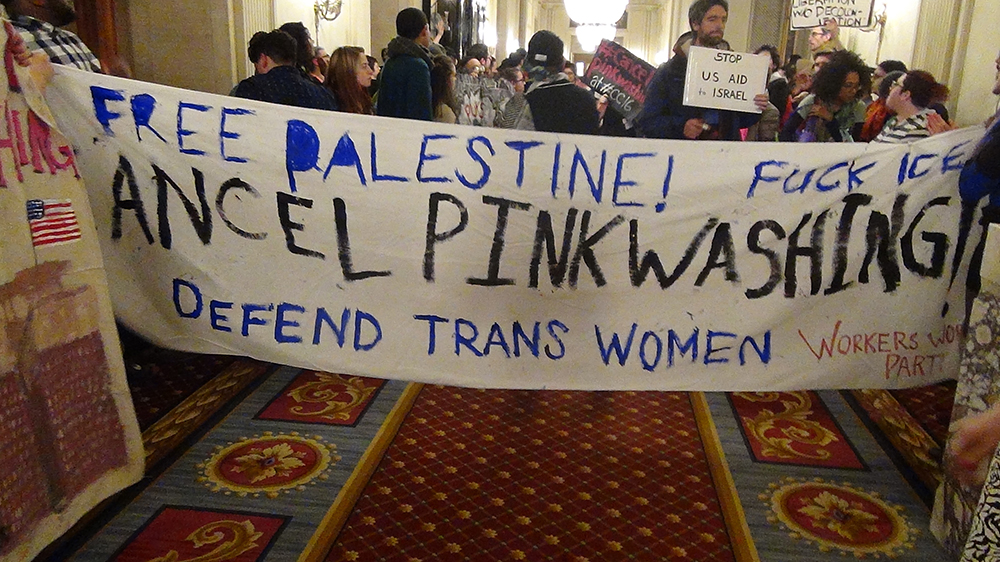 Protesters at an LGBTQ conference in Chicago accused Israel of obscuring its treatment of Palestinians by touting its record on gay rights. (Courtesy: A Wider Bridge)

What we came up against was “intersectionality,” a theory which includes the axiom that all oppression is rooted in the same causes, that struggles that might seem distinct from one another are really the same and must be fought together.

At its core, we find a truth here that is helpful — we are not elevated if we can only see our own pain, our own struggle, and if we lack empathy for the oppression of others. But in practice, intersectionality often leads to rigidity and dogma, the abandonment of critical thinking and the demonization of people who might otherwise be allies.

Israel is a complicated topic, about which there is no consensus in the LGBTQ community. But intersectionality is used to suggest that there must be consensus, that “good queers” should know they obviously need to hate Israel, and that there is no room for conversation or hearing other viewpoints. Case closed.

Throughout the week we heard over and over, including from speakers at plenary sessions, that “there is no place at this conference” for any discussion of Israel that is anything but a complete condemnation. When African-American queer feminists spoke of the connection of their movement to the anti-Israel cause, the canard of the “forced sterilization” of Ethiopian women in Israel was repeated on several occasions. Some people believe that if you repeat a lie often enough it becomes the truth. 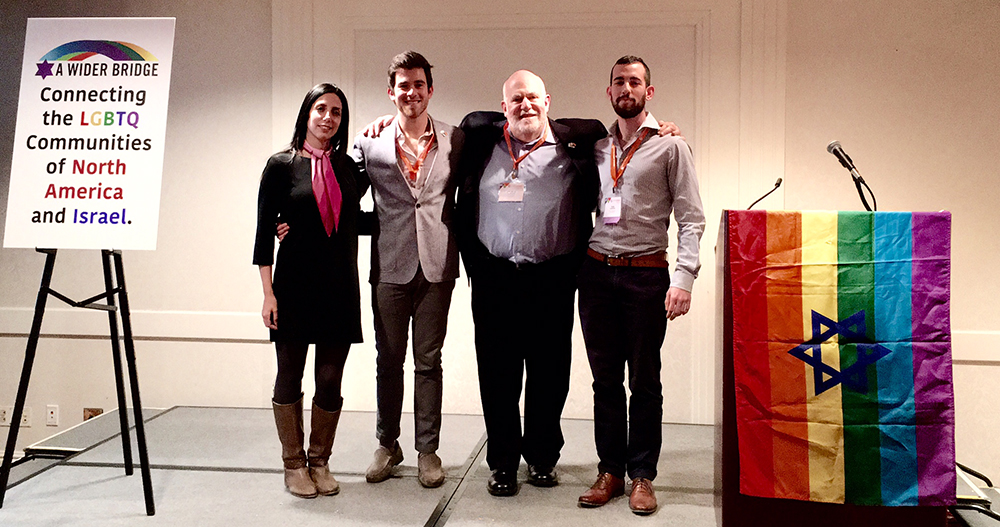 Arthur Slepian, second from right, and other Jewish activists at the Creating Change conference in Chicago. (Courtesy: A Wider Bridge)

(I will add that those who say it is “obvious” that LGBTQ people should support Israel reflexively simply because Israel has a relatively positive record on LGBTQ rights are also being simplistic.)

The bottom line is that movements advance by building broad coalitions, often with people with whom they disagree about certain things. The successes in the struggle for LGBTQ rights that we have had here in the United States are a prime example of this kind of broad coalition building. A movement that devolves into an ideological echo chamber with demands for rigid adherence to one agenda is not likely to grow and flourish.

Clearly we have work to do inside the LGBTQ community.

What lessons can this episode bring to the Jewish community? As Jews, we are often great at arguing and debating with one another while remaining in solidarity. The Talmud itself gives us a tradition of civilized discourse. And we are a people whose wisdom teaches us that “both these and these are the words of the living God” — that is, opposing viewpoints can both be reflections of the divine imperative.

But of late, we too are prone to say that those who hold to certain views have no place in the Jewish community — or, worse, are anti-Semitic. I can think of many examples, including last summer’s overheated debate on the Iran nuclear deal.

So as we offer our critique of the LGBTQ community for not having a tent large enough to safely include the voices of those who care about Israel, let us also look with some introspection at how we are managing the tent of the Jewish community. Once again, Jews and queers have a lot to learn from each other’s experience and wisdom.

About the Author
Arthur Slepian, founder and former executive director of A Wider Bridge, is a leader in the Jewish and LGBTQ communities of San Francisco, including leadership for more than 30 years at Congregation Sha’ar Zahav in San Francisco, one of the nation’s oldest and largest synagogues serving primarily LGBTQ Jews.
Related Topics
Related Posts
Comments