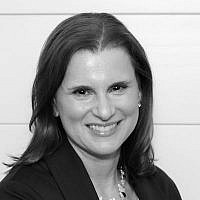 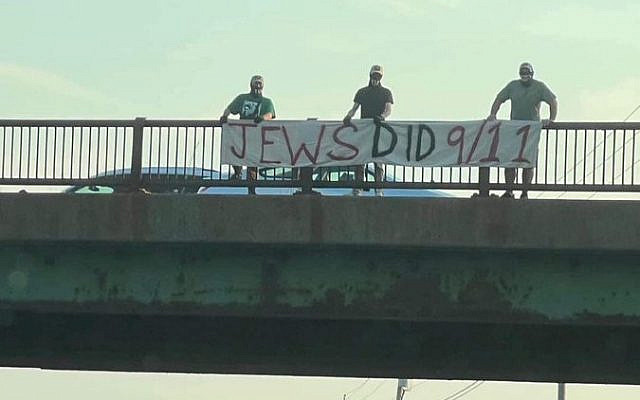 On Sept. 11th, a group of masked men stood on highway overpasses in the town of Saugus, MA, just north of Boston. They were draping massive banners over the rails for the benefit of the traffic below. Printed on the banners in large block letters were sayings like these: “JEWS DID 9/11” and “DEFEND WHITE COMMUNITIES.” A Neo-Nazi group later claimed responsibility for the stunt, which was sadly one of many recent and despicable displays of hate in Massachusetts.

Although the Anti-Defamation League reported an astounding 34% increase in antisemitic incidents nationwide in 2021, the New England region saw a whopping 42% spike—with Massachusetts accounting for the vast majority of the problems. I have no idea why the Massachusetts numbers are so high. Living on Boston’s South Shore as a member of a small Jewish minority, I can’t say that my neighbors strike me as antisemitic. Some of my more glass-half-full friends like to explain the problem by saying that we are good at reporting the incidents when they arise, but that really does not make me feel much better about it.

I grew up in Kentucky, where my family was part of an even smaller Jewish community than where I live now. I was quite young the first time I remember being personally blindsided by blatant antisemitism. My family had moved over the summer, and I was the new kid in third grade. I had made some friends in the neighborhood, and mostly things were off to a good start. I had no idea how much schooling I was in for on the subject of narrow-mindedness and hate.

My teacher, let’s call her Mrs. P., was youngish but experienced in the classroom. She was tall and thin, with light skin, piercing blue eyes and neatly trimmed, chin-length brunette hair. Her soft Southern twang belied an innate ability to maintain control over her class with a sharp tongue-lashing at the ready for any kid who may have been squirmy or chatty. Mrs. P. was not shy in meting out discipline or packing kids off to the principal’s office at the slightest infraction.

I was an obedient pupil, so the first few weeks of class went well enough. That changed the day it came up in class that I was Jewish. I’m not sure how or why that became part of our class discussion, although I should note that I may have been the only Jewish kid at that school in third grade at the time. I remember Mrs. P.’s reaction as if it were yesterday. As her face opened into an icy smile, she looked straight at me from the front of the classroom and asked, “You’re Jewish? Would you like to come up here and show the class your horns?”

At seven years old, I had no idea what she was talking about. All I knew was that she was intentionally insulting and humiliating me in front of my recently acquired friends and classmates. I sat there stunned, as a few of the other kids began asking questions. “What do you mean, Mrs. P.?” “What are you talking about?” And so, she clarified: “Well, everyone knows Jews have horns.”

I could sense my classmates’ eyes boring into my skull, but my focus remained on Mrs. P. I could not see where this lesson was headed. Here I was, already on thin ice as the new kid. What if everyone in school started to hate me because of what she’d said? I knew I’d get in trouble if I said anything back that could have been interpreted as even remotely disrespectful to this strict teacher. For what felt like ages but was probably only a moment or two, I could feel the air draining from my lungs and the color fading from my face.

Then, from somewhere towards the middle of the room, a clear voice rang out. “Mrs. P., that’s so silly. People don’t have horns! That makes no sense!”

With that, the other kids realized they were safe in piling on. “That’s right, Mrs. P.! No kinds of people have horns….” And it went on like that with kids talking out of turn until she relented. With a flourish of her hand and a brisk change of subject, I breathed a sigh of relief as our third-grade introduction to antisemitism came to an end.

I learned some important lessons that day that have stayed with me throughout all these years. First, I should not be surprised to find that some seemingly sensible people may hold deeply entrenched and despicable views. Second, a position of authority can be a platform for bigotry with impunity. But most important, I learned that by speaking out—even at the risk of hell to pay for talking out of turn—a singular, seemingly powerless voice can change everything.

“In the end, we will remember not the words of our enemies, but the silence of our friends.” — Martin Luther King Jr.

What haunts me most about that entire incident is how differently that situation could have unfolded if my fellow third grader had not summoned the courage to stand up to a teacher. Would the entire class have internalized Mrs. P.’s hateful lesson? Fortunately, I’ll never know. Instead, I maintain hope that the more powerful teacher that day was my fellow student, and that we all learned to speak out for our classmates and friends. I try to remember that classmate’s lesson that it is incumbent on us to speak out against antisemitism and all other forms of bigotry and hate so they do not become normalized in our society. Let’s hope my glass-half-full friends are right about Massachusetts after all.

I am so proud that my volunteer service, Hadassah, was a co-sponsor of the recently enacted Never Again Education Act, which provides funding for Holocaust education and is in the forefront of the national effort to combat rising antisemitism in the U.S. Clearly much work needs to be done.

About the Author
Sara Mason Ader, Life Member, Hadassah New England, is a Boston-based freelance writer and editor, as well as co-founder and lead editor of languageoffriendship.com. For more about her background, visit www.saramasonader.com.
Related Topics
Related Posts