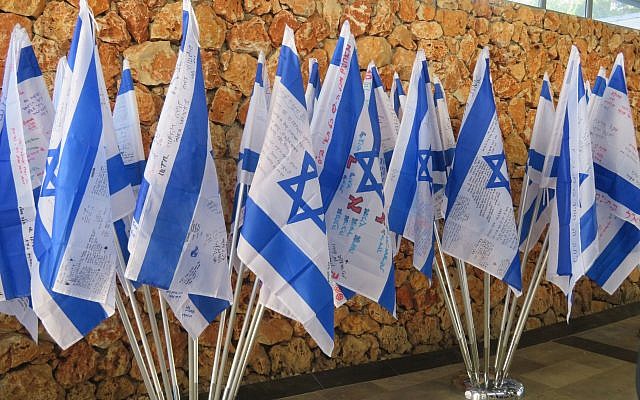 The introduction of a new Basic Law in Israel, recognizing Israel as the nation state of the Jewish people, has angered some non-Jewish Israelis, including some who are considered pro-Zionist.

If you are loyal to Israel, and especially if you have been part of Israel’s armed forces, you may feel slighted by a law that recognizes that one ethnicity is central to the state of Israel while other ethnicities, including yours, are not.

But that perspective does not correspond to reality. Israel became independent as a result of the Jewish struggle for Zionism, and that independence aims to give Jews back their home, something they have not had except in periods of relative self-determination in ancient times.

Arabs already have several homes elsewhere. The Kurds do not have one yet, and that is a grave injustice, but if they ever achieve self-determination, it will be in Kurdistan, not in Israel, even though Israel openly supports their drive for independence and has many Kurdish citizens who are proud to be part of Israel.

Jews have a unique relationship with Israel, which is why only Jews have the right of return to Israel, enshrined in a Basic Law called the Law of Return. All citizens of Israel are equal before the law, except in this regard, but that is not new. The nation-state Basic Law should have surprised no one. Those who were genuinely taken aback by the realization that Jews have a special place in Israel, have never understood what Israel is.

As John F. Kennedy eloquently said, patriotism is not about self-interest. It is about doing what is best for your country. When your country is Israel, it means being faithful to the Zionist cause.

I know that not being Israeli, I should not lecture you, and I apologize for doing so, but the Israeli Arab leadership is sorely lacking in maturity and common sense, just like the Arab leadership elsewhere, and someone must say this.

If I were Israeli, even as an Arab, I would be hugely proud. I would never want to be prime minister or president. It would not be my place. But I would do my best in a supporting role to ensure that Israel, the nation-state of the Jewish people, succeeds.

Sometimes being in a supporting role is just as fulfilling as being in the main role. It is called being unselfish, noble, and generous. These are the attributes that many activists are proud to aspire to, because they see their cause as bigger than themselves. And nothing is a worthier cause than the fulfillment of the Jewish people, one of the most, if not the most creative and prolific ethnic group that has been part of the history of the last three millennia.

The Jews are very familiar with the supporting role because they have been in that role for centuries in many places around the world, and they have not always been rewarded fairly for their loyalty. Europe rewarded them with the Holocaust. The Arab world, our home, rewarded them by chasing them all away, often with extreme violence.

Your reward is incomparably better. You live in a prosperous liberal democracy, a place where you can be yourself, regardless of whether that yourself is a liberal Muslim, a modern woman, or a gay man. You can also be a conservative Muslim, an orthodox Christian, or a traditional mother, if that is what you choose to be. These are advantages and choices that you would not have at home.

As non-Jewish Israelis, if you cannot reconcile yourselves with the thought of being part of the supporting cast, then maybe you should leave the country and find a home elsewhere. Selflessness, after all, is not for everyone.

Note: The picture shows Israeli flags at Ammunition Hill, the site of a fierce battle for Jerusalem during the Six-Day War. Written on a plaque at the site: “The Jordanians made their way through the trenches via an underground passageway in the building. At the end of the battle, 17 Jordanian dead were found near the room. The [Israeli] paratroopers buried them in makeshift graves in the trench, and placed a Jordanian carbine atop the burial mound, with the sign on it reading: Buried here are 17 brave Jordanian soldiers, June 7, 1967.”