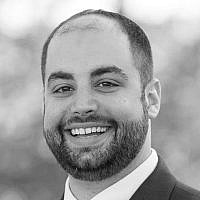 The Blogs
Jeremy Weisblatt
Apply for a Blog
Please note that the posts on The Blogs are contributed by third parties. The opinions, facts and any media content in them are presented solely by the authors, and neither The Times of Israel nor its partners assume any responsibility for them. Please contact us in case of abuse. In case of abuse,
Report this post.

A colleague of mine recently posted Dr. Windmueller’s most recent blog post – “The Conversations we Jews will need to have.”  I found the title intriguing, and decided to use it as the “text” for my confirmation class. Sitting with my tenth grade students, we read through Dr. Windmueller’s text in its entirety, dissecting his arguments, and wondering if his “core assumptions” that he begins his argument hold any value or meaning for teenage Jewry.  Now, I understand that my sample is a biased sample – these are active Jewish teenagers in a Reform confirmation class – but their opinions and thoughts are still valid. On the contrary, these teens are in a unique position – they are simultaneously plugged into, pun very much intended, both the active and disengaged Jewish suburban world.  How so? They attend a public school with Jews who are, for the moment, not active, while they themselves have maintained an active Jewish life. So, what did we discover?

For these teens, almost none of these assumptions hold true!  Aside from the comment about engagement with social media and social justice, their Judaism is far different from even my Judaism (and I’m considered a “young rabbi.”)  To these students, Dr. Windmueller’s argument didn’t mean anything to them, and instead, they asked me the following question: “Why is he not asking us about our Judaism?  Isn’t our time coming and their leadership time gone? Why is he so focused on the conversations from the past?” I thought about this for awhile, and compared it to something I discovered this past Shabbat.

There has been a steady lament, I’ve heard it and perhaps you too, of “where are all the young families on Friday night?”  Well, I think in this too we’re asking the wrong questions, just like what my teens asked me about Dr. Windmueller’s thesis.  Let me explain with the following story from my recent Shabbat experience.

On Friday night, we had the privilege of hearing from Rabbi Danny Schiff.  With over 60 people in the pews, it was a very well attended Kabbalat Shabbat service for my congregation.  As I just mentioned, the question from the previous paragraph was asked – “where are the young families.” I didn’t have an answer, until it found me the following evening.

That Saturday evening, we concluded Shabbat with a joint PJ Library and Shalom Tots (our families with young children community) havdallah program.  We had nearly thirty people there! And then it dawned on me – I (and others) had been asking the wrong question all along. The right question is not “how do we get people here on Friday night?”  No, the question is “what night works for you to find your spiritual home?” So, I asked the families this question and their response “rabbi, we can never make it for a Friday evening, but a Saturday evening, for havdalah, that we can and want to be at.”  I’m now taking this answer to my spiritual committee with the following challenge and risk “let’s not schedule young family events for Friday for the next year and instead, focus on Shabbat day.” It’s a risk, but it’s well worth taking and it’s what brings me back to where I began this response to Dr. Windmueller – we’re thinking the wrong way about the problems today.  I now believe, thanks to my confirmation students, that we need to think like the rabbis who settled in Yavneh, what I’m coming to call “Think Yavneh.”

What is “Think Yavneh”?  It’s thinking like our rabbinic forebears who had the courage to ask not “how do we rebuild the Temple and bring people back to Jerusalem” but, “how do we build a new Judaism?”  They risked everything and as we now, their gambit paid off in the end, more so than they could have ever imagined in 70 C.E. Today, I think we need to channel that faith and fortitude of our ancestors, to focus not on the past, but on the future, asking different questions.  The problem isn’t the crumbling of assumptions from the 60s, but rather asking questions for problems that don’t exist. It’s not “how do we get people on Friday into the pews,” but rather “how do we help people find their spiritual home?” Does it matter if it’s havdalah in the synagogue and kabbalat shabbat in the home, so long as we’ve created community and therefore, ensured Jewish continuity?  I don’t believe so, and it’s bet that I’m willing to make for the sake of our future.

Let’s stop asking the wrong questions.  Let’s stop bemoaning the “failures” of what we thought were right, and begin to embrace the beauty of a future whose canvas is blank with opportunity.  Let’s “Think Yavneh.”

About the Author
Rabbi Weisblatt is the rabbi of Temple Ohav Shalom in Allison Park, Pa (a Pittsburgh suburb). He is also a doctoral student at HUC-JIR with a focus on Talmud, Halakah and Responsa Literature.
Related Topics
Related Posts
Comments 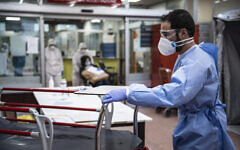