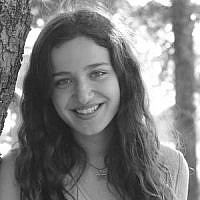 The Blogs
Rachel Mitchell
Apply for a Blog
Please note that the posts on The Blogs are contributed by third parties. The opinions, facts and any media content in them are presented solely by the authors, and neither The Times of Israel nor its partners assume any responsibility for them. Please contact us in case of abuse. In case of abuse,
Report this post.

From Bulgaria to Canada, Argentina to Macedonia, there is an unbelievably diverse Jewish population out there that, despite centuries of assimilation threats and persecution, has formed strong communities that are deeply committed to sustaining Jewish life.

Throughout my time in BBYO, I’ve had the incredible pleasure of connecting with Jewish teens around the world. We exchange information about our Jewish communities, talk about our love for Israel, and anxiously await our impending reunions at BBYO’s annual International Convention. These friendships combat language barriers and time differences in the name of strengthening our Jewish identities on a global scale.

Last year was my first experience at International Convention, and it was an event unlike any other. Jewish teens from over twenty countries came together to celebrate the vitality of Jewish life, giving immense hope to the future of Jewish living around the world. I may have struggled to say “hello” in their language, and they may have struggled to say anything but “hello” in mine, but we could stand together and proudly sing “Hatikvah” as one people who were no longer victims to our dispersion. There were no immediate threats to our collective Jewish livelihood, and we praised this as a measure of the strength of our people.

This past February, I attended International Convention once again. At first, my experience was very much like the previous one; teary reunions and overexcited introductions settled us back into the convention routine, ready for five days of inspiration and new friendships.

But something was different. As I began forming connections with the new members of the international delegation, I realized my approach had changed. Rather than simply asking about Jewish life, I made a point to inquire specifically about anti-Semitism in the various countries in attendance. At the conference we took a moment to stand in solidarity with the Jewish communities of France and Ukraine, and I made a much bigger effort to connect with the teens from these countries than I did last year. There was a more serious drive to form these international friendships; they were no longer simply “cool,” they seemed necessary.

As we reflect upon the past year, it makes sense. 2014 saw a rise in violence in Ukraine, with anti-Semitism being used as a political ploy as Russian separatists and Ukrainian nationalists battle for dominance. The war in Israel made us realize that the necessity of strong worldwide support for Israel is just as important now as it has been for all of Israel’s existence. The increased terrorists attacks in France have left one of the largest Jewish communities in the world victim to hostilities that should not be tolerated in the modern world. Subsequent rises in anti-Semitism across Europe have left Jews questioning the sustainability of Jewish life on the continent. And as if that were not enough, the Boycott Divestment Sanction movement has popped up on more college campuses, alienating the Jewish populations and dividing student bodies across the country.

These threats call into question our sense of security throughout the world: the Jewish answer is to stand together, stronger than ever. Together we will ensure Israel can properly defend itself against surrounding threats, both physically and ideologically. We will unite against anti-Semitism, ensuring that Jewish people all over the globe can proudly show their Jewish identity to the world without fear of attack.

This year at International Convention, saying goodbye was even more difficult. Bidding adieu to the French, knowing that the kippot they wore so proudly throughout the convention would be removed and shamefully placed back in their pockets upon their arrival to France, made me realize the magnitude of their situation. Sending my Ukrainian roommates back to their homes ten miles from the current conflict sent tears rushing down my cheeks as I acknowledged the danger my brothers and sisters were in halfway across the world.

From Ukraine to Uruguay, Israel to France, we are one. I saw the hope of the young French Jews illuminate the dark shadow of doubt casted by anti-Semitism, a community unwilling to surrender to temporary threats. I watched my beautiful Ukrainian roommates dance around our room with the Ukrainian flag waving proudly in hand, filled with an optimism we don’t hear about on the news. The Jewish people have been pieced back together, and it is our responsibility that we are never fragmented again. 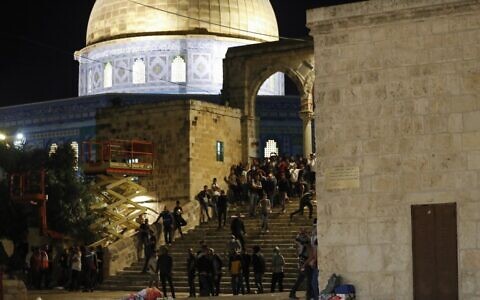 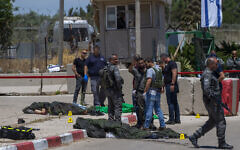 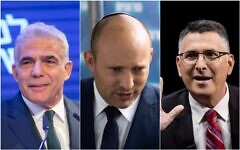 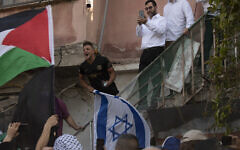 UN: Pending Israeli evictions in East Jerusalem could be a ‘war crime’
Agencies and TOI staff 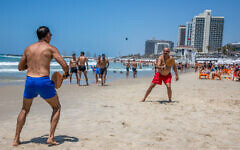