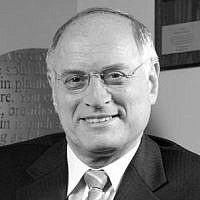 The Blogs
Malcolm Hoenlein
Apply for a Blog
Advertisement
Please note that the posts on The Blogs are contributed by third parties. The opinions, facts and any media content in them are presented solely by the authors, and neither The Times of Israel nor its partners assume any responsibility for them. Please contact us in case of abuse. In case of abuse,
Report this post. 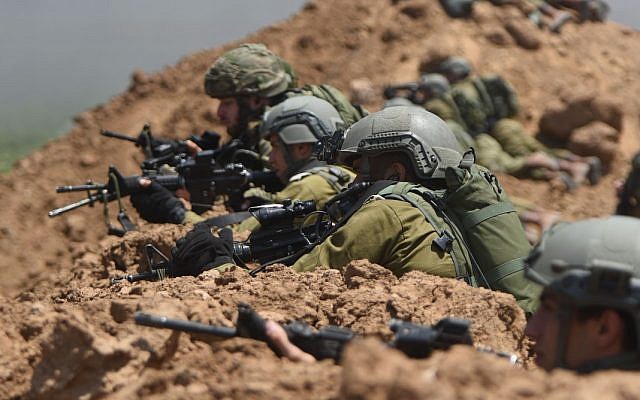 IDF soldiers monitor the Gaza security fence during violent protests along the border on May 14, 2018. (Israel Defense Forces)

As the smoke of burning tires, the blur of throngs storming the Gaza border fence and the hail of projectiles, bombs, bullets and flaming kites recede, a clear picture of the depravity and disregard for human life of Hamas and other terror groups that played out in the past few weeks is easier to discern. The picture that emerges is far different from the whitewashing of the violent threats Israel faced and the over the top condemnations of Israel’s responses that dominated statements from public officials and media reports of the events.

It is now clear that Hamas devised and executed an entirely new set of tactical threats unlike any seen before. Israel’s government and military recognized these new tactics and, under battlefield conditions, adjusted the responses to adequately defend its borders and prevent an armed assault on Israeli civilians living in communities close to Gaza. The news media and governments, always ready to rush to judgment against Israel, simply didn’t bother to look beyond the slick packaging and phony messaging from Hamas.

So, once again we see good people vilified. The State of Israel and its well-trained, highly disciplined defense forces skewered by international media, in one-sided, distorted reports that absolved the Hamas perpetrators while placing the onus on those seeking to defend Israel’s sovereignty and prevent violence against its citizens.

We see the usual cast of characters attempting to use the United Nations to condemn Israel, not based on facts or justice, but on the inherent bias that regularly raises its ugly head in that forum.

We hear the cries from governments that are always ready to criticize Israel for reacting to threats in far more controlled ways than any one of them would in a similar circumstance.

Now, we are sorry to see those on the front lines in the battle for truth, the IDF spokesperson’s unit, being victimized by lies, distortions and fabrications.

Throughout the incredibly difficult past few weeks of wave after wave of complex life threatening situations presented by the new tactics deployed by Hamas, the American Jewish community has relied on briefings from the articulate, committed and talented leadership of that unit, Brig. Gen. Ronen Manelis and Lt. Col. Jonathan Conricus, for accurate and timely information. They have made themselves available to every audience we suggested, despite the fact that they are working around the clock to counter the lies and distortions about what is occurring along the border.

Their explanations to the Conference of Presidents members and willingness to respond to the many questions posed provided us with the tools to better inform our constituents and to respond. The information they provided was confirmed each time by the facts as they came out. In this complex situation their clarity of thought and accuracy of detail enabled us to better understand and convey what was happening on the ground.

We express our deep appreciation to them and hope the media in Israel and around the world, will join us in recognizing and saluting their tremendous efforts.