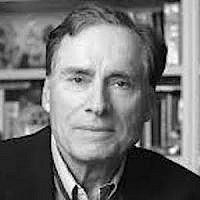 The Blogs
Leonard Cole
Apply for a Blog
Advertisement
Please note that the posts on The Blogs are contributed by third parties. The opinions, facts and any media content in them are presented solely by the authors, and neither The Times of Israel nor its partners assume any responsibility for them. Please contact us in case of abuse. In case of abuse,
Report this post.

Days after the signing of the Iran nuclear deal on July 14th, Secretary of State John Kerry reported that the deal’s framework grew out of “the failure of the North Korea experience.” He was referring to the 1994 agreement between the United States and North Korea. At that time President Bill Clinton announced that the deal would freeze the North Korean nuclear program. But eight years later, in 2002, the agreement crumbled when North Korea was found to have been running a secret nuclear weapons program. In 2006 North Korea conducted its first nuclear test and since then has continued to build a nuclear arsenal.

While the Iran deal contains many more details than the North Korea agreement, early expressions of confidence about each are strikingly similar. Numerous statements by Clinton in 1994 and by Obama in 2015 are interchangeable. To demonstrate the point I invite the reader to take a test. Guess which president made each of the following statements. (Answers are listed at the end of this article.)

The likelihood of several mismatches by those who take the test underscores the interchangeability between the two advocacy positions. The statements also show that Clinton and his negotiating team were sure they had achieved a successful milestone just as Obama and his team are confident of their achievement. The statements display passionate certitude by both presidents about the wisdom and efficacy of their deals. Finally, both deals also rely on the IAEA for verification of compliance. A major difference, however, has been the manner that the agreements have been perceived by others. The North Korea agreement generated little public opposition while the Iran deal faces considerable domestic skepticism. A recent Pew poll indicates that twice as many American respondents oppose the Iran deal as those who support it. http://thehill.com/policy/international/250049-poll-americans-oppose-iran-deal-2-1

Misplaced presidential optimism about the earlier deal led to terrible consequences. Which raises a key question. Shouldn’t that experience impel the Obama administration to close the gaps in the current deal before extolling its virtues? If they cannot do better, shouldn’t they heed the wisdom already expressed by many administration officials: a bad deal is worse than no deal.

A few examples of the faults in the current agreement validate the skeptics’ concerns:

Congress is expected to vote on the deal in mid-September. But the administration has already dispatched a remarkable number of officials to advocate strenuously for its acceptance. The Secretaries of State, Defense, Energy, the Treasury, the lead US negotiator for the deal, and others have testified repeatedly before congressional committees. The president and vice president have made speeches, invited groups to the White House, and addressed listeners in conference calls.

In his zeal to convince, Secretary Kerry has even offered a scarcely believable personal guarantee. If the Iranians move to make a nuclear bomb, he said, “I absolutely guarantee that we can still stop them.” Secretary of Energy Ernest Moniz promises that the agreement will stand “forever.”

Their overreach was surpassed by Wendy Sherman, the lead US negotiator for the Iran deal. Sherman also had overseen negotiations for the North Korea agreement. In contrast to Kerry’s acknowledged failure of that agreement, she still defends it because “during the Clinton administration not one ounce of plutonium was added to the North Korean stockpile.”

By that measure, the current deal could be deemed successful even if Iran were found to be secretly developing nuclear weapons some time after the deal enters into effect. Neither such reasoning nor the hyperbolic assurances by administration officials are comforting. ……………………..

About the Author
Leonard Cole is an adjunct professor of political science at Rutgers University, Newark, New Jersey, USA, and of emergency medicine at Rutgers New Jersey Medical School, where he is the Director of the Program on Terror Medicine and Security.
Related Topics
Related Posts
Comments