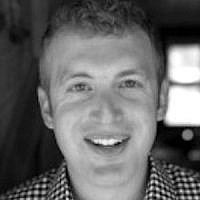 The Blogs
Jordan Goldwarg
Apply for a Blog
Advertisement
Please note that the posts on The Blogs are contributed by third parties. The opinions, facts and any media content in them are presented solely by the authors, and neither The Times of Israel nor its partners assume any responsibility for them. Please contact us in case of abuse. In case of abuse,
Report this post. 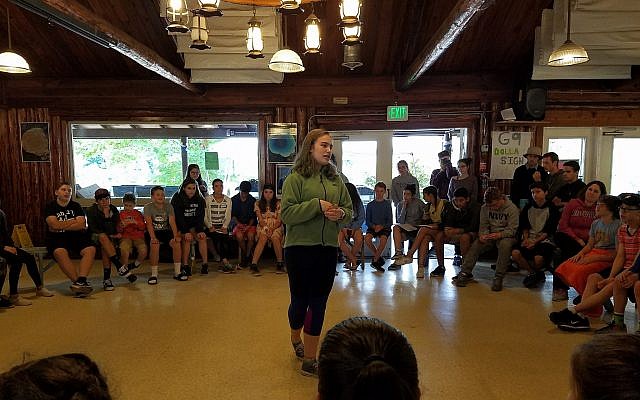 A year ago, the organization I work for, Kids4Peace, was embroiled in a controversy when we brought a group of Israeli and Palestinian teenagers to a summer camp in Washington State, where a Palestinian flag was raised (together with Israeli and US flags) to welcome our delegation. Shortly after, I wrote the following reflections as part of my own attempt to understand what had happened (which I never published). As we are now in the middle of summer camp season, I am again reminded of what happened last summer, and my words feel as relevant now as they did a year ago.

On a recent visit to the Newseum in Washington, DC, I encountered a Pulitzer Prize-winning photograph that I had not seen in many years. Taken in Boston in 1976 at the height of that city’s school desegregation crisis, the photograph, entitled “The Soiling of Old Glory,” depicts a young white man, Joseph Rakes, using the American flag as a weapon to assault Theodore Landsmark, a black civil rights activist.

A week later, I was reminded of the photo during an incident involving a flag from the other side of the world. As part of my work with the interfaith organization Kids4Peace, I led a delegation of 13 Palestinian, Israeli, and American youth on a five-day visit to an American Jewish summer camp, Camp Solomon Schechter, in Washington State. The camp typically flies the American and Israeli flags on its property, and as a gesture of goodwill, friendship, and hospitality, the camp agreed also to fly a Palestinian flag in honor of our delegation.

Little did we know that the simple act of raising a Palestinian flag would incite an international firestorm, leading to coverage in Fox News, the Jerusalem Post, and Haaretz (where it became the most-read article of the day), not to mention commentaries from numerous Israel-watchers and even from Joshua Malina, of West Wing and Scandal fame.

The intensity of opinions about this incident made it clear to me that we had become embroiled in a much larger debate about symbols in the US, a debate that encompasses everything from Confederate monuments to our national anthem. There are few (if any) symbols that are neutral, but in recent months, symbols seem to have become exceptionally charged. Perhaps as we attempt to make sense of a world marked by uncertainty, polarization, and violence, it is tempting to latch on to symbols that can provide us with a sense of belonging and certainty.

To deal with controversial symbols, we have a choice: we can try to minimize the presence of any and all symbols, or else we can acknowledge the complex, fraught nature of a given symbol and engage in the hard work of dialogue to build empathy for other people and what that symbol means to them.

Thinking back to “The Soiling of Old Glory,” when I look at that photograph, I can’t help but wonder what the American flag means to many African-American people. I am also reminded of a recent conversation I had in my hometown of Seattle with a Native American woman, who told me that she cannot stand the sight of a $20 bill because of its portrait of Andrew Jackson; besides being our 7th president, Jackson’s policies resulted in an intentional decimation of her ancestors. What impact do other American symbols have on other groups in our country?

Of course, as the debate over Confederate monuments has shown, sometimes symbols become so powerfully negative that we decide that we need to rid ourselves of them. As a former history teacher, I am reflexively skeptical when I hear about people wanting to remove historical objects, out of a fear that when we erase our history, we also forget our history — and all of the lessons embedded within. It has become clear to me, however, that the presence of these monuments, in prominent public places, without context to explain the violent reality of slavery in the Confederacy, was creating trauma for a significant part of our population that outweighed any historical benefit to leaving the monuments in place.

Where does all this leave us when looking for guidance about how to approach controversial symbols?  As an educator, I know of few better teachable moments than when a question is unsettled, or when a question has no single “right” answer. It is through discussion, dialogue, and listening that we advance our understanding of the question, acknowledge the experience of others, and slowly work our way toward an answer (recognizing all the while that even when, as a society, we reach an answer, there may still be some people who disagree with that answer). This was exactly the kind of experience I saw teenagers having at Camp Solomon Schechter during our visit there, and I only wish that more adults were willing to engage in similarly respectful dialogue. Perhaps through that process, we can develop new, shared understandings of these powerful symbols, understandings that allow us to decide which are worth keeping and which need to be discarded.

So, let me return to the question of the Palestinian flag at a Jewish summer camp. It was clear from the reaction of some people that they viewed the presence of the flag as intolerable, something akin to the Confederate monuments that needed to be removed as quickly as possible. It was equally clear, however, that other people saw things differently. Many people pointed out that the Palestinian flag has flown at the White House and at the Knesset, and others pointed out the historical reality that even though Palestine is not yet universally recognized as a sovereign nation, neither was Israel when the current Israeli flag was adopted as a symbol of the Zionist movement.

Perhaps in understanding this, we can also find a measure of healing for ourselves as Jews, a measure of compassion that will allow us to move beyond our own terrible, traumatic history to engage in honest discussion about the difficult, complex reality of Israel.

About the Author
Jordan Goldwarg is the Seattle Chapter Director of Kids4Peace International (www.k4p.org), a grassroots interfaith youth movement dedicated to ending conflict and inspiring hope in Jerusalem and other divided societies around the world. He is based in Seattle, Washington.
Related Topics
Related Posts
Comments