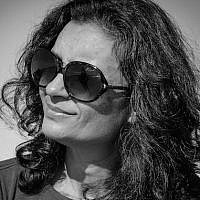 The Blogs
Sheree Trotter
Academic, researcher, commentator.
Apply for a Blog
Advertisement
Please note that the posts on The Blogs are contributed by third parties. The opinions, facts and any media content in them are presented solely by the authors, and neither The Times of Israel nor its partners assume any responsibility for them. Please contact us in case of abuse. In case of abuse,
Report this post.

Palestinian Human Rights activist, Bassem Eid, recently visited New Zealand bringing a fresh perspective on the plight of the Palestinians. Eid grew up in the Shu’afat refugee camp in East Jerusalem, where he lived for the first 33 years of his life. The day to day struggle of Palestinians informs his perspective. Decades of politicisation of the issue by international organisations and the media has produced a realism with liberal doses of cynicism. As Eid commented in a 2007 debate with fellow Palestinian Ali Abunimah, ‘Believe me Ali, it could be better for you to continue fighting and struggling from one of the Refugee camps in Gaza Strip or the West Bank. Then your struggle would be much more effective than the one you are having in Chicago.’ 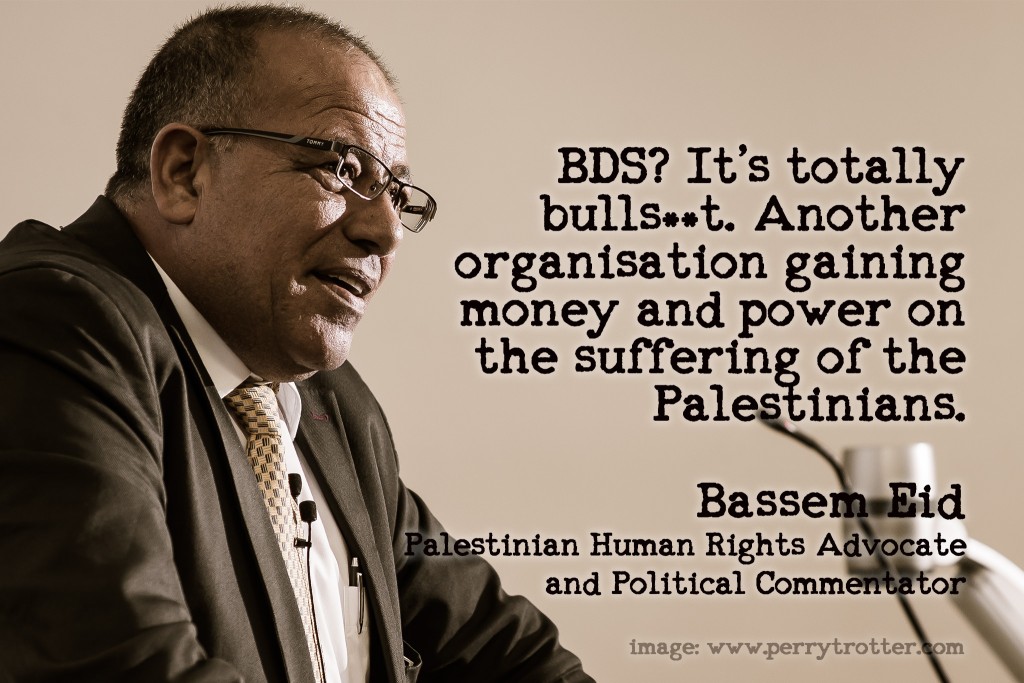 View Sheree Trotter’s interview with Bassem Eid during his recent visit to Auckland, New Zealand. He was ignored by mainstream media.

It is perhaps not surprising that Eid’s visit was largely ignored by the New Zealand media. His message to the international community goes against the grain of the dominant narrative on the Israel/Palestinian conflict. Eid is quick to point out uncomfortable realities, such as the role of UN funded groups in perpetuating the misery of the Palestinians whilst gaining power and money on the backs of their suffering; the bias of a media which has lost its way and become politically motivated; the apartheid lie which can only be explained as yet another manifestation of antisemitism.

Bassem Eid identifies proudly as Palestinian. From his perspective identity is not the primary concern for most Palestinians.  They know who they are. At the core of Eid’s message is his concern for the future well-being of his own: “We are people who want to survive. We are people who are looking for a better level of life. We are a people that want to ensure the future of our children. If you come today to any ordinary Palestinian and ask him what are the top three priorities they are seeking, he will say a job to survive, he will say to secure the education and the health system for my children. People are (sic) not caring about the settlements, even about the wall, even about the foundations of the Palestinian state. People care about the economy.”

The Boycott, Sanctions and Divestment movement, according to Eid, is harmful to Palestinians and supports the agenda of others, not the Palestinians. Eid claims that Palestinians in the diaspora are not interested in the right of return to Israel, but would rather have compensation from the international community.

About the Author
Dr Sheree Trotter is a researcher, writer and co-director of the Indigenous Coalition For Israel. She is also co-founder of Holocaust and Antisemitism Foundation, Aotearoa New Zealand (formerly Shadows of Shoah). Sheree is Māori (Te Arawa) and earned her PhD in History at the University of Auckland. Her thesis was on Zionism in New Zealand .
Related Topics
Related Posts
Sheree Trotter
Comments