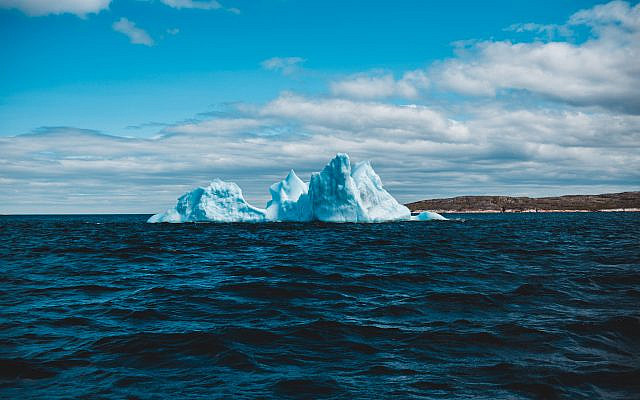 The Last Iceberg? (Free for Use Photo by Erik Mclean from Pexels)

I have just watched the latest episode of A Perfect Planet. This beautifully filmed series is presented by Sir David Attenborough. The series shows how natural forces, the weather, ocean currents, solar energy and volcanoes affect life on Earth.

Unfortunately, Sir David has chosen to use this series as a platform to push the great Climate Change hoax. He comes out with a mixture of half-truths and downright lies in an attempt to persuade us that the world has never seen such hot weather or cold weather, and ice cover or melting ice – take your pick.

He seems to suggest that the Earth’s climate has been stable and unchanging for thousands of years. Until we, humans, came along with our carbon-based economy. He cannot be unaware of the many periods of heating and cooling in the world’s history. A glance out of the window of the BBC’s Broadcasting House, where he spent some years as a senior manager and director of programming, would have shown him the freely flowing River Thames. But just some 150 years ago, the River Thames would freeze over for up to two months at time. Londoners would enjoy Frost Fairs with shops, pubs even ice skating.

If Sir David could have found the time to stroll from his comfortable office to nearby Vine Street he could have pondered on the fact that the street is named after The Vine. This 18th-century public house referred to the vineyard that existed there in Roman times. Not many grapes growing in London today.

So much for a stable and unchanging climate.

In another series, Life in Colour, Sir David shows us how animals use colour to survive and prosper in the wild.

Perhaps, as an expert on colours, he should consider the four colours of lies.
A White Lie is a lie about something small or unimportant that is used to avoid hurting another person.
A Grey Lie is a mixture. Used partly to help others but partly to help ourselves.
A Black Lie is simply callous and selfish. The only purpose of a black lie is to get something for ourselves, or get out of trouble. It offers nothing for others.
A Red Lie is all about revenge. A red lie may harm others without any thought for the harm it may do to the liars themselves.

Sir David Attenborough has had a long and distinguished career. He has written and presented several series of documentaries that make a thorough survey of animal and plant life on our planet.

So, we wonder why he is using, let’s call it false information, to promote his demonstratively wrong claims of man-made climate change.

I expect that my views will generate a hot debate and I might even get a cold shoulder or two. But the Earth will keep on turning, without our help, as it has done for untold millennia.