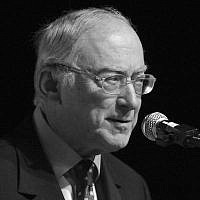 The Blogs
Asa Kasher
Apply for a Blog
Please note that the posts on The Blogs are contributed by third parties. The opinions, facts and any media content in them are presented solely by the authors, and neither The Times of Israel nor its partners assume any responsibility for them. Please contact us in case of abuse. In case of abuse,
Report this post. 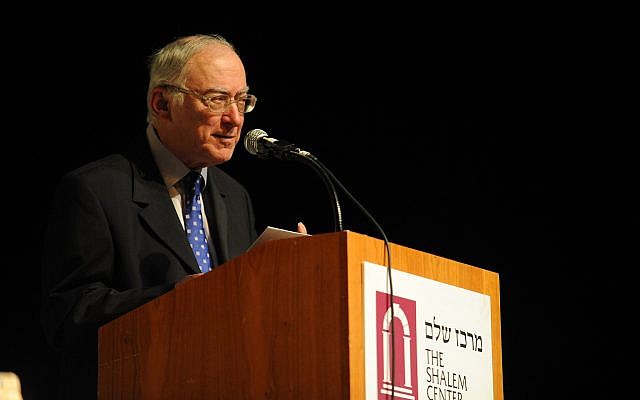 We need a meaningful discussion about Israel’s new Fundamental Law. Yet once you mention Israel, darts are thrown, and the nature and complexities of the law itself are cast aside. We should explore several questions.

Individually, the state belongs to both of them to exactly the same extent. Collectively, however, there is a difference. In Israel, Jews exercise their right to self-determination. An Israeli Arab desiring Palestinian self-determination will see this collective right implemented when Palestine is established. Nothing in his status as an Israeli citizen would change.

Isn’t Israel against the idea of a Palestinian state? No. Israel’s Proclamation of Independence recognizes the right of every people to enjoy sovereignty in their own state. All previous prime ministers endorsed the two-state solution. The notion of two states is fundamental to the conceptual and moral nature of Israel and its society.

Why should there be nation-states in the first place? Rootless cosmopolitanism has not shifted the attitude of millions, who want to express their deep ethnic and cultural affiliations through statehood. Naturally, we associate Finland with the Finns, Greece with the Greeks, and Israel with the Jews.

Why should there be a nation-state for the Jews, who are actually a religious denomination? The Jews constitute a people. We have used elements of our religious past as components of our national culture. Therefore, it is unacceptable to portray Jews only as religious.

Denying rights to Jews that are granted to others is, pace Jeremy Corbyn, yet another form of anti-Semitism.

Isn’t this law simply a denial of democracy, and of equal protection for the dignity and rights of all citizens?  This new law does not define Israel’s fundamental character, but rather forms just one part of it. The Fundamental Law of Human Dignity and Liberty forms another. Thus, Israel is the democratic nation-state of the Jewish people.

Why does the new law not say so, loud and clear? Personally, I declined to participate in meetings of the special parliamentary committee that discussed the draft. The discussions were not sufficiently consensual, conceptual, and moral.

The new law should have stated how it is fully compatible with the principles of democracy, including the equal protection of human dignity and rights.

In conclusion, the new law should be understood as one element of Israel’s constitutional framework. Clauses and details should have been different, but the major idea that Israel is the democratic nation-state of the Jewish people is impeccable.

About the Author
Asa Kasher is Laura Schwarz-Kipp Professor Emeritus of Professional Ethics and Philosophy of Practice and Professor Emeritus of Philosophy at Tel Aviv University. Member of the European Academy of Sciences and Arts. Laureate of the Prize of Israel for Philosophy. Authored numerous codes of ethics, including those of the IDF and the Ministry of Defense.
Related Topics
Related Posts
Comments