Opportunity knocks. Will we answer?

We’re all reeling from weeks of coronavirus time. We’re mourning a human cost, in many cases, on a personal level. Most aspects of our normal collective life has been halted, and community buildings are still shut tight.

From the depths of our confusion, we hear a voice from within us, telling us to find some meaning out of all of this, perhaps even to take something purposeful away with us. We try to shake it. After all, only crazy or presumptuous people hear voices, and assign meaning in the thick of international chaos, right?

The declarers of hidden meaning often seem insensitive or callous, pointing fingers, blaming people or their actions for calamities. It’s not the normative Jewish way nowadays to postulate on why specific bad things happen. Long gone is the age of prophecy. However, it is in line with best habits of Jewry to ask what lessons can we learn and actions we can take at such times.

Today humankind is united fighting for one cause, to vanquish COVID-19. In parts of the world guns have stopped firing, conflict-ridden borders have gone quiet, as people lay down weapons and aim their alcohol gel at a common enemy. But what next? 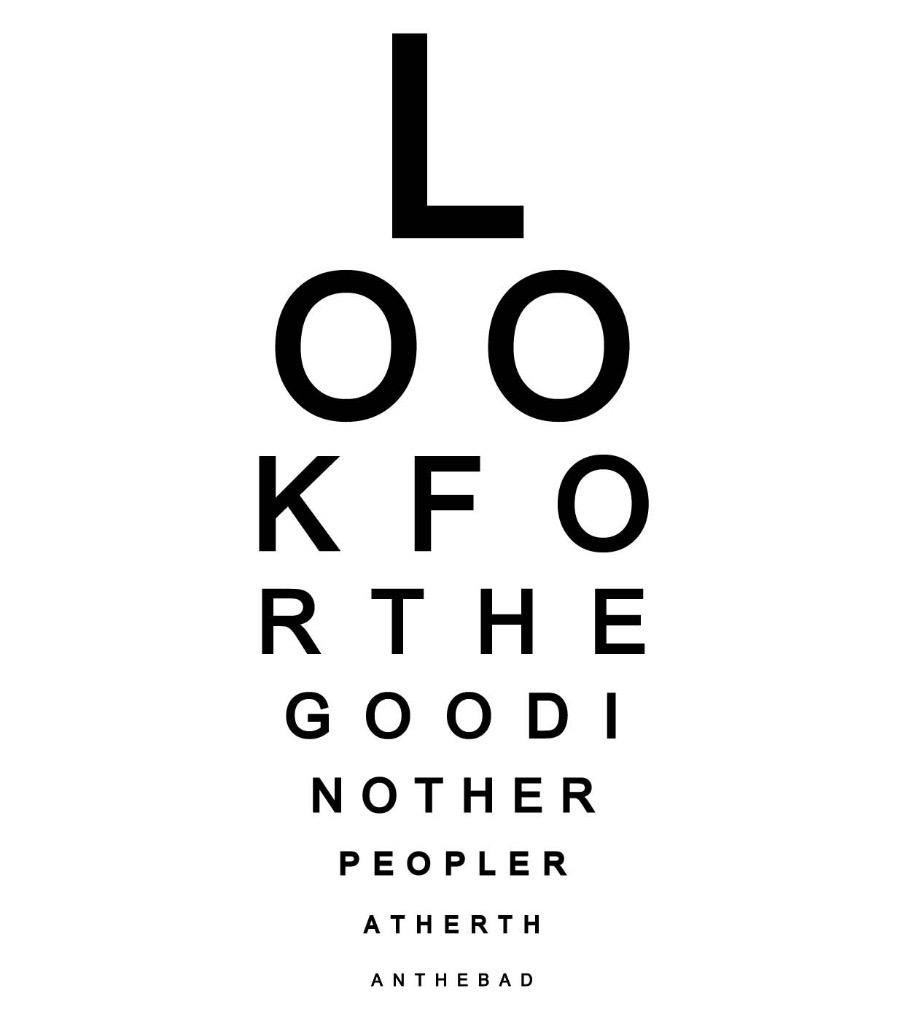 Current world events cry out to thinking people the world over to take stock and improve things, and to emerge out of all of this as different people, greater people and better nations. At every major juncture for humanity in recent decades, important and influential Jewish voices have been there, making important contributions to the transitions that were taking place.

And now, again, we have an important voice, as seasoned experts in spotting the light at the end of the tunnel and racing towards it with the most positive possible mindset. We are, after all, charged to be a Light unto the Nations.

But think of all the energy we waste squabbling with each other, and often focussing on divisions rather than that which unites us. This is energy that we could be investing in to reaching our potential. Today presents a once in a generation opportunity to do just that.

I would suggest that most of us are painfully aware that disunity and lack of genuine connection between Jews is our greatest undoing, the most severe threat to our survival as a People and perhaps the principal contributing factor. We are our worst enemy. At a time when all of our connections have been challenged in the extreme it possibly provides us the opportunity to look a little closer at which connections really matter, and dare I suggest, to take positive action to remedy the fractures.

It’s very fitting, for today, to recognize that we’re now in the time of year when Jewish tradition focuses on transition. The Omer, the period seven-week period, between Passover and Shavuot, marks the ultimate transition of our people — from slavery in Egypt to standing at Mount Sinai to receive the Torah. We count even now, day by day, the transition from a slave nation to People of the Book.

Yet this same period also marks another event in Jewish history. According to the Talmud, the sweetness of the Omer period also became bitter, a period of national mourning, after 24,000 students of Rabbi Akiva died during Roman Times. Why? While we don’t give reasons for calamities today, the rabbis of the Talmud were often unequivocal and said categorically that it was because, despite the piety and scholarship of Rabbi Akiva’s disciples, they did not behave with respect towards one another.

This dual significance to these weeks we are in now is a poignant reminder how easy it is for a transition time that’s all about great potential to become something far less positive.

And so, today, we have big decisions to make. Will we respond to the challenge of these times, strong and unified, or deeper in internal conflict? To be our best we need a change among us all to build unity and truly awaken some seismic shift across all of Am Yisrael.

Building unity is not rocket science. Many of us have become better at seeing the positive in others and show appreciation in recent weeks. We’ve even been cheering for hospital staff outside our front doors. Our children have drawn pictures of appreciation to display in our windows. We’ve started looking at our refuse collectors, not as people whose noise wakes us up in the morning, but as people who are keeping our cities running in the midst of a crazy crisis.

I urge us to resolve, before we get back in to the full swing of life, to focus on the positive attributes of our brothers and sisters, rather than their failings. It does not necessarily cost very much nor require a complex plan of action.

In fact, I think we already have the basis of a practical strategy. To me, it stems from a concept most powerfully elaborated by Rabbi Elimelech of Lizhensk. The 18th century rabbi is often described as a mystic, and he was, but don’t be mistaken by this lofty title — his outlook offers one of the most practical suggestions I have ever seen for life. Towards the end of a famous prayer he wrote: “ ADERABA- Contrary (to the norm) place in our hearts that each of us may see the positive attributes of our fellow man, not their deficiencies; and that we shall speak to one another in a straight forward way…”

What we need is a shift of attitude. Firstly to look for the good in others and not at their deficiencies, secondly to actually speak to one another in a straight and honest manner too. And with every day of the Omer we can shift our attitudes a little bit, challenge our assumptions about fellow Jews, open our hearts in a genuine way towards them.

Imagine if we started a wave of people recognizing the good in others, telling them about it and inviting them to do the same.

Actually, as Judaism teaches, we’d need to start with ourselves. “Love your neighbor as yourself,” teaches the Torah, so start by listing three great qualities about yourself which are to be appreciated. And then, start doing the same with others , sharing the qualities you have thought about and identified in them- and then asking each of them to pass on this genuine complement-giving to someone else.

List three genuinely good qualities of your significant other and tell them. Then your children. And then move out to the concentric circles of our worlds — wider family, friends, then members of your community. “I miss not seeing you and hope we’ll be back to normal soon,” tell three people from your community. “But in the meantime, here are three things I have thought about and appreciate or value about you.”

Ask each person you speak to to start this process for themselves, and invite them to “pay it forwards” and get the people they contact to do the same.

Does it sound outlandish? A little, but it would it not also seemed unbelievable a few months ago to describe the isolated lockdown period we’ve all been living. Something uniquely confusing has happened, which separated us all into our isolated worlds. We can respond with clarity, and a set of actions that bring forth unity from the time of isolation. As our leaders implement exit strategies from the Coronavirus crisis, we can inaugurate an exit strategy from some of worst traits of Jewish life.

We’ve seen what havoc a virus can wreak such through exponential growth. Let’s try out using the principle of contagion to wreak goodness and bring about unity.

Opportunity knocks. Will we answer, as one? 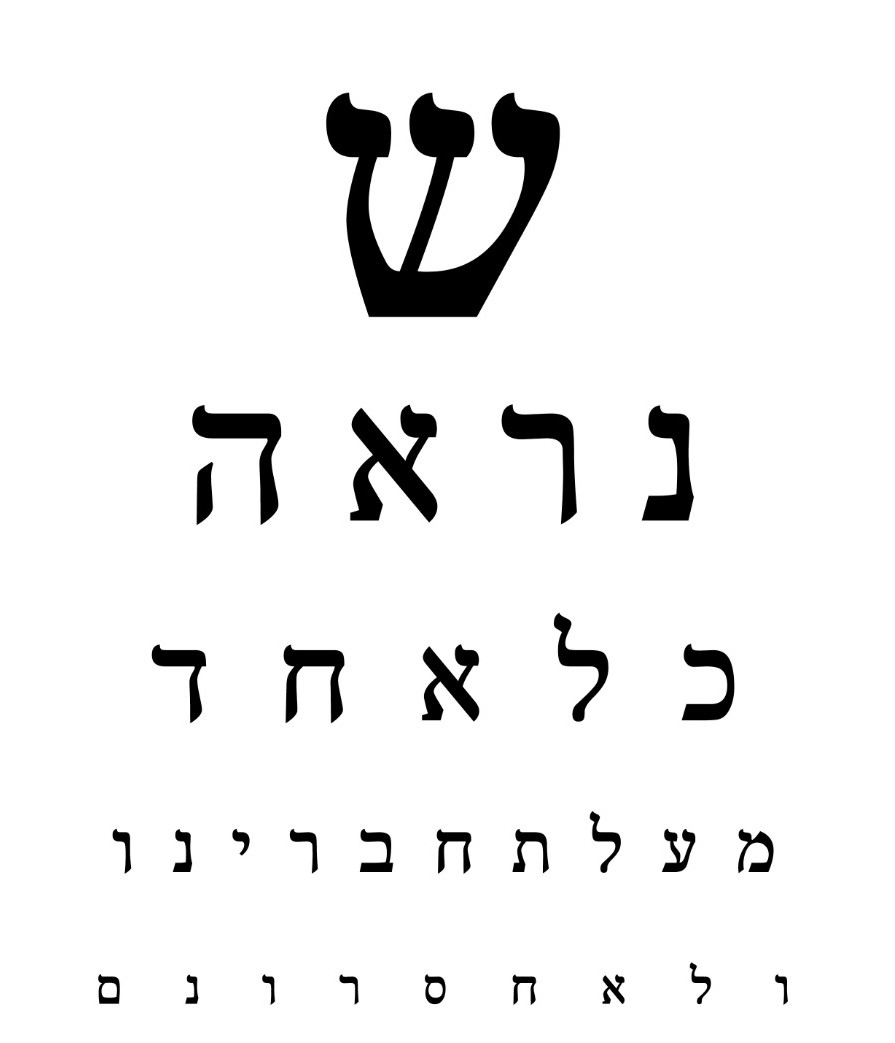 Rabbi Elimelech of Lizhensk: “Look for the good in other people rather than the bad.”
About the Author
Rabbi Naftali Schiff is the Founder and CEO of Jewish Futures, a diverse family of non-profit educational organisations addressing a specific need and niche. These include JRoots, Gift, Aish UK, Chazak, Chazon, Shelanu, Ta’am, Time4Torah, Legacy Live, Aleinu, and the Forum for Jewish Leadership. Jewish Futures is committed to creating and implementing far reaching solutions that will realize the vision of a brighter Jewish future.
Related Topics
Related Posts
Comments