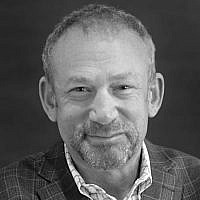 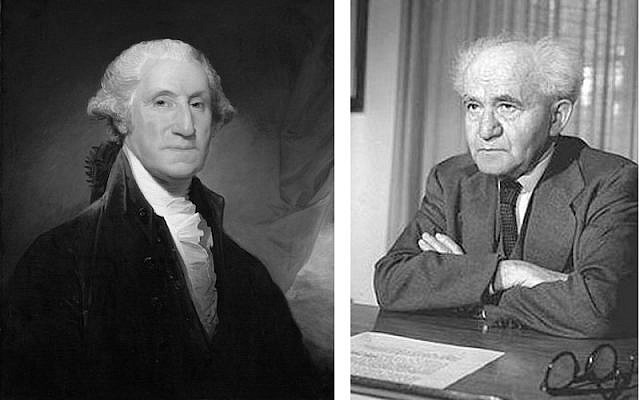 With the US and Israel each facing its own elements of democratic turmoil, Presidents Day is a timely opportunity to examine the similarities of two great leaders, the respective founding fathers of the US and Israel, George Washington and David Ben-Gurion.

Why now? Americans are familiar with both fact and fiction about George Washington. However, many American Jews know much less about David Ben-Gurion. Ironically, in their times, they both faced similar challenges – formidable enemies, internal rivalries, immigration, economic woes, and many other issues that continue to impact our two great nations.

Both Washington and Ben-Gurion assumed the mantle of leadership during challenging times to help form new, independent democracies. Today, we continue to benefit from both their vision and the structures they helped conceive for the benefit of their people. As public servants, they understood the importance of humility in leadership. Neither sought to enshrine their position as a king or autocrat, despite opportunities to do so.

Washington and Ben-Gurion were successful military leaders who remained true to their convictions, rallied their parties and garnered support for sometimes unpopular causes.

As commander of the Continental Army, General Washington read the Declaration of Independence to his troops in 1776. Similarly, 172 years later, Ben-Gurion, who would soon assume the role of prime minister, proclaimed the Israeli Declaration of Independence in 1948. Those acts simultaneously brought both of their nations to war. Defeat was not an option for either of them.

With grit and determination, both leaders relied largely on non-professional armies and newly trained forces to see their claims of independence to fruition.

Ben-Gurion became an expert on American history. While in the United States, he spent hours in the New York Public Library Reading Room studying military strategy. In 1956, he penned a letter to then Chief of Staff Moshe Dayan comparing the fledgling IDF to Washington’s militia:

“It is true that there were deficiencies in the IDF. But I read about an army that had been established by the owner of an estate in Virginia, with a historic status similar to ours, when America was fighting for its freedom. And I am entitled to say that the IDF, even when there are the most extreme deficiencies, has nothing to be ashamed of in front of Washington’s army.”

Part of Ben-Gurion’s collection still fills the bookcases of his retirement home, the hut in Kibbutz Sede Boqer located at the Ben-Gurion Research Institute for the Study of Israel and Zionism, as well as in his Tel Aviv home, which is now a museum. Files of his letters and diaries are housed at the Ben-Gurion Archives, next to the Kibbutz.

Similarly, Washington was a voracious writer of more than 20,000 letters, and felt most at home surrounded by his books in his Mt. Vernon study. These personal libraries were their pride and joy.

Both founding fathers have universities named after them: George Washington University in Washington, D.C., and Ben-Gurion University of the Negev (BGU) in Beer-Sheva, Israel.

They also shared similar agricultural backgrounds and lived their last years on farms. Washington grew up on a farm and inherited a plantation. After making Aliyah (immigrating to Israel), Ben-Gurion picked oranges in the Galilee. He later tended sheep in the fields outside his Kibbutz until his security detail curtailed this pursuit for safety reasons.

Washington is buried on the grounds of his Mount Vernon home near Washington, D.C. Visitors lay stones on Ben-Gurion’s grave overlooking the Zin Canyon, which is next to the Sede Boqer BGU campus.

Lastly, both men are commemorated by federal holidays, although Washington now shares his with Abraham Lincoln. Israelis celebrate Ben-Gurion Day on the sixth day of the Hebrew month of Kislev, which is October 16 in 2019.

Perhaps the greatest inspiration and positive leadership takeaway from these two founding fathers is they both overcame seemingly insurmountable odds. And that may be where the five-foot Ben-Gurion stands taller than the six-foot Washington. America would have continued to exist, albeit as a British extension, at least for the near term. But Ben-Gurion and the fledgling state of Israel miraculously fought off an Arab onslaught with few resources and achieved the impossible.

Particularly in this time of uncertainty, their legacies offer much to celebrate. And their memory gives us hope for the future of the United States and Israel.

About the Author
Doug Seserman is CEO of American Associates, Ben-Gurion University of the Negev, which plays a vital role in sustaining David Ben-Gurion’s vision of creating a world-class institution of education and research in the Israeli desert, nurturing the Negev community and sharing expertise locally and around the globe.
Related Topics
Related Posts
Comments