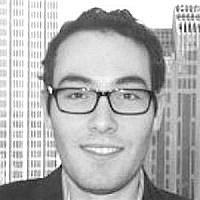 The Blogs
David Goodstone
Apply for a Blog
Please note that the posts on The Blogs are contributed by third parties. The opinions, facts and any media content in them are presented solely by the authors, and neither The Times of Israel nor its partners assume any responsibility for them. Please contact us in case of abuse. In case of abuse,
Report this post.

Many believe President Trump’s effort to reboot Israeli-Palestinian peace talks is premature, pointing to the litany of past failures.

However, one path the new administration should consider is counteracting the orthodoxy of low expectations by drawing from the path taken last year to end another of the world’s longest standing conflicts – the 50-year war between the Colombian government and the FARC guerilla rebels. In that situation, the resulting peace came not because the government’s chief negotiator Sergio Jaramillo spent years waiting for the right moment, but because he never expected that right moment would come.

As a former Israel Government Fellow, based in the Ministry of Foreign Affairs’ International Organizations Department, I had the opportunity to meet with veteran peace negotiators and scrutinize Israel’s successful and enduring peace agreements with other countries, like Egypt. After three subsequent years at the Israeli Consulate in San Francisco, speaking on a daily basis with Israel’s staunchest supporters and its harshest detractors, I had become accustomed to the prevailing thinking – that a new peace agreement is not on the horizon, that the timing isn’t right.

Yet, through my current work with Rotary International’s Peace Center initiatives, I recently met the architect of Colombia’s peace with the FARC rebels, and I was struck by the parallels leading up to his success in Colombia to what is taking place in Israel today.

In Colombia, Sergio Jaramillo saw two fundamentally different ways of approaching peace — the logic of time vs. the logic of space. Either he could wait for that elusive change in conditions that could enhance the likelihood of success, or, he could focus on the structure of the process itself, and attempt to “construct a space that shapes reality.”

Jaramillo’s gambit was to predict that a peace agreement could change the conditions which perpetuated the conflict, whereas waiting for the optimal conditions to end the conflict would not bring peace.

At Jaramillo’s suggestion, the Colombian government and FARC leaders agreed that secret negotiations would be conducted in Cuba. The location of the talks was crucial, allowing both sides to talk seriously without public pressure or the temptation to use the media to pander to their own audiences.

Next, Jaramillo asked both sides to focus not necessarily on trusting each other, but in having trust in the process itself. So far, no Israeli-Palestinian negotiation since Oslo in 1993 has enabled trust in the process to be stronger than mutual mistrust between the opposing sides.

Another major difference between the Colombian situation and the Israeli-Palestinian negotiations was the structure of the peace talks itself. If Israel is to follow Jaramillo’s model, then the “nothing is agreed upon unless everything is agreed on at the same time” formula must change. This means taking an incremental approach, de-linking the conflicting issues (borders, Jerusalem, security etc.).

In addition to an incremental approach, Jaramillo also focused his energies on creating a strong narrative expressing the end of the conflict, to guide the peace talks. In Israel, the narrative must give space for both sides to define a contested issue as either an enabling factor or root cause of the conflict. This could be applied to Israeli actions such as settlement construction beyond the Green Line, or Palestinian actions such as public incitement of violence. The narrative must also be based on the premise that the end of the conflict is a prelude to peacebuilding, because citizens will have to implement any agreement.

Despite all these opportunities to try a new method in the Middle East, the naysayers may protest that the Israeli-Palestinian conflict is not the same as the Colombian war or the Troubles in Ireland, so its resolution will not be achieved by equivalent methods. In Netanyahu’s words, “No one understands Israel but Israel.”

Yet instead of playing the blame game, the case to pursue a restructured peace process that can create new opportunities is stronger than the tired refrain to wait for the “right moment.”

It may never come.

About the Author
David Goodstone of Chicago is a strategist in the Office of the General Secretary at Rotary International, and supports the work of Rotary’s Peace Centers. He previously served as Director of Public Affairs at the Israeli Consulate in San Francisco.
Related Topics
Related Posts
Comments