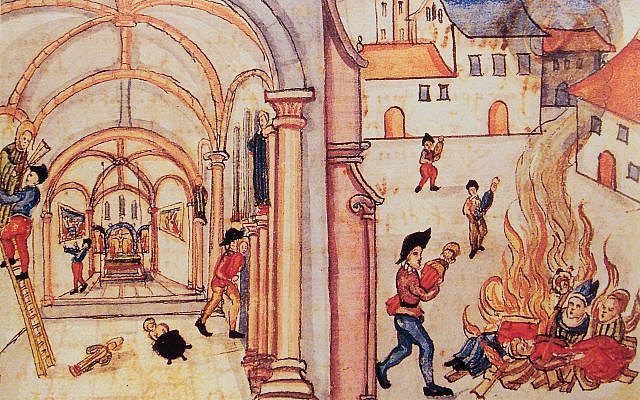 These words, taken from A Tale of Two Cities by Charles Dickens were written in 1859 but they could just as well be written today about the DisUnited States of America, the DSA as we shall call it. We watch in horror and disbelief as the once unimaginable possibility of the breakup of the DSA looks ever more likely to become reality. We could find ourselves reading a new book – A Tale of Fifty States.

Many hundreds of statues have been pulled down or defaced. George Washington, Christopher Columbus, and Thomas Jefferson have all been targeted by unthinking hooligans with nothing better to do with their time. Even Abraham Lincoln, who ended slavery, has been attacked by ignorant masses.

Perhaps these self-appointed iconoclasts should heed the words of the philosopher, George Santayana, who said (1905):
“Those who do not learn history are doomed to repeat it.”

A leader of the Black Lives Matter movement, Shaun King, has gone as far as writing on Twitter that Christian images should be torn down. They falsely depict Jesus “as a white European” and are “a form of white supremacy, created as tools of oppression and racist propaganda.” Let us hope that Mr. King does not discover that Jesus was a Jew. A Jewish white European would be too much to handle.

We note that Mr. King has not found it necessary to change his name; a more potent symbol of power and privilege would be hard to find. Perhaps Mr. Serf would be a better choice.

Once the world’s leading democracy, the DSA is returning to the old days of McCarthyism, or even further back to the Salem witch trials in colonial Massachusetts in 1692. Even Chairman Mao would have felt at home. We suspect that the embattled President Trump would like to adopt, and adapt, Mao’s Four Pests Campaign. One of the first actions taken in China’s Great Leap Forward, this campaign called on all citizens to eliminate rats, flies, mosquitoes, and sparrows. President Trump could call for the elimination of Americans Against Trump, Antifa, Indivisible, and of course Black Lives Matter. In the immortal words of W.S. Gilbert’s Mikado – They’d none of them be missed!

But President Trump can take solace in a report that the vast majority of pastors see signs of the End Times in current events. A study of pastors at evangelical and historically black churches found that 97% believe Jesus will literally and personally return to Earth in their lifetime. They may be disappointed; some 59% say Jesus will return when the Jewish people accept him. It may be a very long wait.