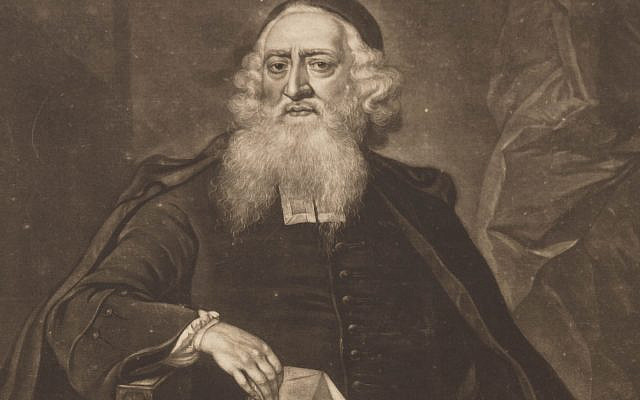 My last post discussed the gems in my Judaica collection, the very first Hebrew-only Siddur and Hebrew-English prayer books, printed in London in 1770. Interestingly, those books were not the first Hebrew publications printed on these shores though. Instead, 63 years earlier in 1707, the very first Hebrew books printed for Jewish use was produced by a non-Jewish publishing house, and were neither prayer nor scholarly books. The works in question were pamphlets, printed as weapons for perhaps the earliest recorded rabbinic “machlokes” (controversy) of the returning Ashkenazi community. It split the Jews of London into two, and I am lucky enough to now have both of these very rare pamphlets within my collection.

At the time, the Great Synagogue stood as the only Ashkenazi synagogue in the UK. Catering for the returning Central and Western European Jews, the original building was constructed in about 1690 at Duke’s Place, north of Aldgate, in the City of London. Rabbi Aaron Hart (1670-1756), generally regarded as the first Chief Rabbi, was the minister of this Great Synagogue until 1756, and one of the key adversaries in the controversy. 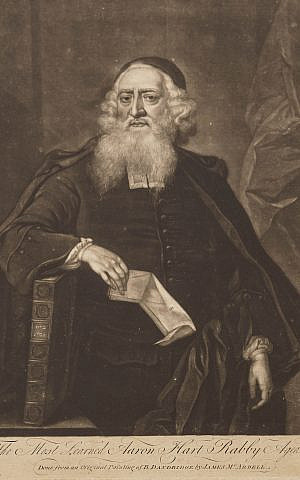 One unfortunate member of his community, Ascher Cohen, had incurred considerable gambling debts. Cohen wanted to escape his creditors and planned to leave London for the West Indies. Yet, as Jewish Law requires that a married woman cannot remarry unless she is freed from her husband Ascher wanted to write a conditional Bill of Divorce for his wife, just in case he never returned from the West Indies. In this Bill, he stipulated that his marriage would be dissolved if his fate became unknown. In Jewish Law, conditional divorces are complex and controversial, and this one of Asher’s was especially so as it was written in secret so his creditors wouldn’t find out about his escape plan. Rabbi Aaron Hart arranged this secret condition Bill of Divorce.

Yet keeping a secret is a tricky business, and Marcus Moses, a member of his community, heavily criticised Hart for it when he found out. Moses argued that a complex divorce document done in secret must certainly be invalid, but Hart responded by placing Moses in cherem (excommunication), meaning other Jews were thus barred from speaking or doing business with him.

For the bibliophile, it is here that our story begins on the first Hebrew books printed in England for Jewish use. 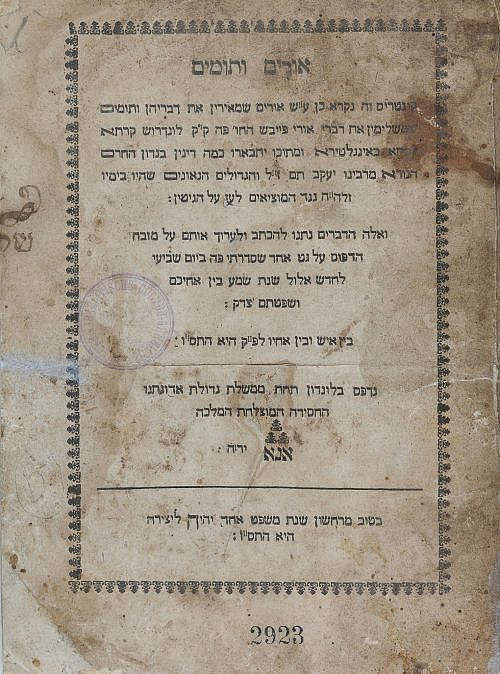 In 1707, both figures turned to the pen, as Jewish scholars do, and wrote pamphlets defending their positions on this secret Bill of Divorce. Aaron Hart justified his position in the pamphlet Urim ve’Tumim (1707), a reference to Aaron the High Priest’s vestments, thereby connecting Hart with his namesake, and with the holiness of the Temple. Moses urged his teacher, Rabbi Jochanan Holleschau to produce a reply, which he did, entitled Maaseh Rav (meaning either a “Great Occurrence” or the “Tale of a Rabbi”). Intriguingly, both books further attest to the loyalty both protagonists had to the Crown. Hart proclaims on the title page that it was produced “under the rule of our great, pious and victorious sovereign Queen Anne,” with the Hebrew word “Ana” printed with a large typeface. Holleschau declares “I have no fear for we, brethren of the House of Israel, live in the Kingdom of England under rulers, princes and lords who deal with us with kindness and mercy. They may indeed be reckoned as the Pious Ones of the Nations of the World.” Perhaps these passages are of special relevance today, when the UK is celebrating the present Queen’s Platinum Jubilee.

Ultimately, this legal debate led Moses to establish his own breakaway synagogue, the Hambro. He installed Holleschau as its rabbi. Thus, this dispute not only led to the first Hebrew publications for Jews in the UK but also to the foundation of the second Ashkenazi synagogue. 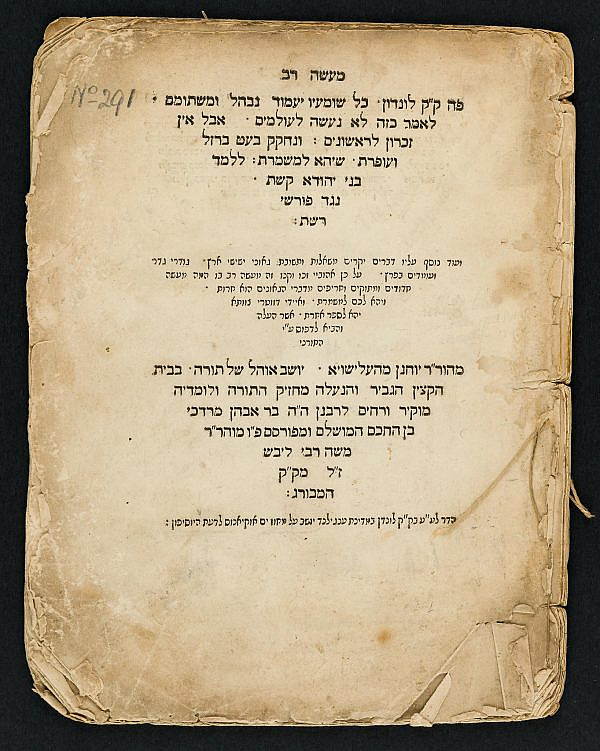 This “Get” controversy even became well-known to the general public. Many years later, a print was produced depicting “the most learned Aaron Hart Raby aged 81” and shows him holding a paper marked “Get” (the Hebrew word for divorce). Yet the Ashkenazim of London were not totally splintered for long.