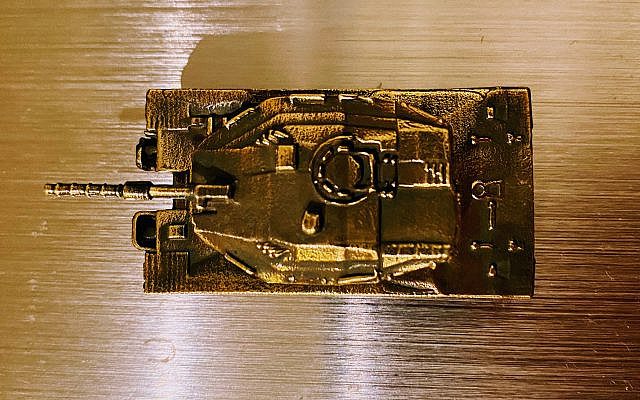 As we all know by now, there has been an alarming series of anti-Semitic attacks against the Jewish community in America, not dissimilar to what we have seen in recent years in Europe.  The reaction of the Jewish community here has been everything from denial, blame, fear, and ultimately some internalization of the threat, protests, and much needed increases in security.

In this light, I was recently reading Saving Israel: How the Jewish People Can Win A War That May Never End by Daniel Gordis, where he explains why Israel must exist for the Jewish people to not only survive in a world historically hostile to Jews, but also ultimately for the Jews to thrive through their struggle and self-determination to direct their own future.

The founder of modern-day Zionism, Theodor Herzl, raises the “The Jewish Question” in his book, The Jewish State, asking how can we put a stop to the circumstance where throughout the Jewish exile, everywhere in the world, the Jews have been (and unfortunately will be) relentlessly persecuted.  The answer Herzl states is:

Therefore, I believe that a wondrous generation of Jews will spring into existence. The Maccabeans will rise again…The Jews who wish for a state will have it.  We shall live at last as free men on our own soil, and die peacefully in our own homes.

As Herzl envisioned, the UN General Assembly voted on November 29, 1947 for Resolution 181 partitioning Palestine and calling for the establishment of separate Jewish and Arab states, this happening exactly 50 years after Herzl’s First Zionist Conference in 1897.

With the rebirth of the State of Israel came the rebirth of the Jew.  No longer the  Jew cowering in the face of pogroms, Inquisition, Crusades, persecution, expulsions, and the Holocaust. The new Jew, as epitomized by the brave men and women of IDF, would be remade in the image of Moses who led the Jews out of Egyptian slavery, and King David who vanquished our enemies in our land, as well as the Jews of Purim and Hanukah, who fought ever so valiantly and to victory against the great empires of Persia and Greece or for us, whoever rises against us as the modern day equivalent.

Indeed, in his book, Gordis recounts the horrors of the Kishnev pogrom of 1903, as told in Bialik’s poem, In the City of Slaughter, “where the marauding Cossacks mercilessly rape[d] the Jewish women, time and again…[while] the Jewish men hide behind casks, unable to stop the attackers, and too afraid to even try.”  Hence, the new Jew of the modern State of Israel is anchored in an abhorrence for Jewish pacifism in the face of attack as in the Holocaust image of “sheep to the slaughter,” and the new Jews instead shouts from the bottom of his soul, “Never again” and means it!

But as important to the new Jew as our physical survival is that of our spiritual wellbeing.  The persecution of Jews over thousands of years was not just a physical attack, as horrible as it was, but also a spiritual, religious, and cultural one, where Jews were prohibited from learning Torah, worshiping, and practicing as Jews.  Thus, the second point of criticality in having the State of Israel is that it provides for Jewish sovereignty and ensures “the Jew as actor, determiner of his or her own destiny.” The Jewish people to truly thrive must be able to express themselves through their own language and history, religiously and culturally, and practically through their own leadership and decision-making to forge their own future.

With the State of Israel established in 1948, there is a new Jew in town, and this is one that is both old and new.  Anchored in our heroes of the past, banishing the persecution and pacifism that ensued, and setting a course of revival for the future where as it says in the Israeli national anthem, the Hatikvah (The Hope):

As long as in the heart, within, a Jewish soul still yearns, And onward, towards the ends of the east, An eye still gazes to Zion; Our hope is not yet lost, The hope two thousand years old, To be a free nation in our land, The land of Zion and Jerusalem.

Certainly, in Israel there are many struggles as we look how to survive and thrive, but the optimism is anchored in our sovereignty and outlook for who we are and want to be. At the same time, for those of us living elsewhere, it is often very hard to believe the reality when anti-Semitism rears its very ugly head again. In a way, it is easier to say like the Jews did in Germany, that “It can’t happen here.”  But hopefully, with a few thousand years of history under our belts by now, we know better.  In short, with the founding of the modern State of Israel, there is “a new Jew in town,” and we need to learn what it means because the future may not be that far from the past if the “wrong people” get the opportunity to unleash on the Jewish people once again.