The Blogs
Matan Rudner
Immigrant, former Lone Soldier, Progressive Zionist
Apply for a Blog
Please note that the posts on The Blogs are contributed by third parties. The opinions, facts and any media content in them are presented solely by the authors, and neither The Times of Israel nor its partners assume any responsibility for them. Please contact us in case of abuse. In case of abuse,
Report this post. 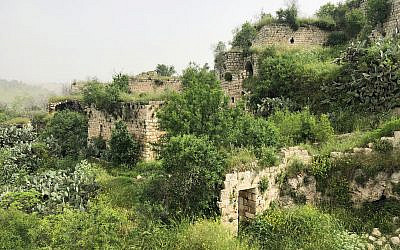 The abandoned Palestinian village of Lifta at the western entrance to Jerusalem. (Matan Rudner)

Like so many others in the Jewish community, I grew up hearing a simple narrative about Israel. I learned of the miraculous return of our people to our homeland and of the state we had built. And I learned to shut out the voices of those who felt differently, those who told a completely different story about what was happening in the Middle East.

However, I eventually came to understand that if I truly believed in the justice of our cause, then my Zionism would need to be able endure attacks from something as harmless as new information. Slowly, I began the journey of trying to understand the Palestinian narrative.

In 1947, after decades of brewing conflict, the newly-formed United Nations decided that the Land of Israel, which at the time was under the rule of the British Empire, should be partitioned into two states: one Arab, one Jewish.

Though there were those in the Jewish community who opposed this partition, the recognized leaders of the Zionist movement voted to accept the decision and on May 14, 1948 as the last British soldiers left the country, the State of Israel came into being.

The Jewish narrative usually continues like this: five Arab armies immediately attacked our new state and against all odds, we defeated them. After two thousand years of homelessness, three years after the end of the Holocaust, our freedom was renewed and a new chapter of Jewish history began.

What is often excluded from this narrative is that throughout the course of the war, roughly 700,000 Arab Palestinians became refugees. Some were forced to leave by the oncoming Arab armies that wanted direct access to battlefields, many others voluntarily fled the violence. However, while the exact number is unclear, it’s an indisputable fact that many of these refugees were explicitly expelled by the Israeli army. 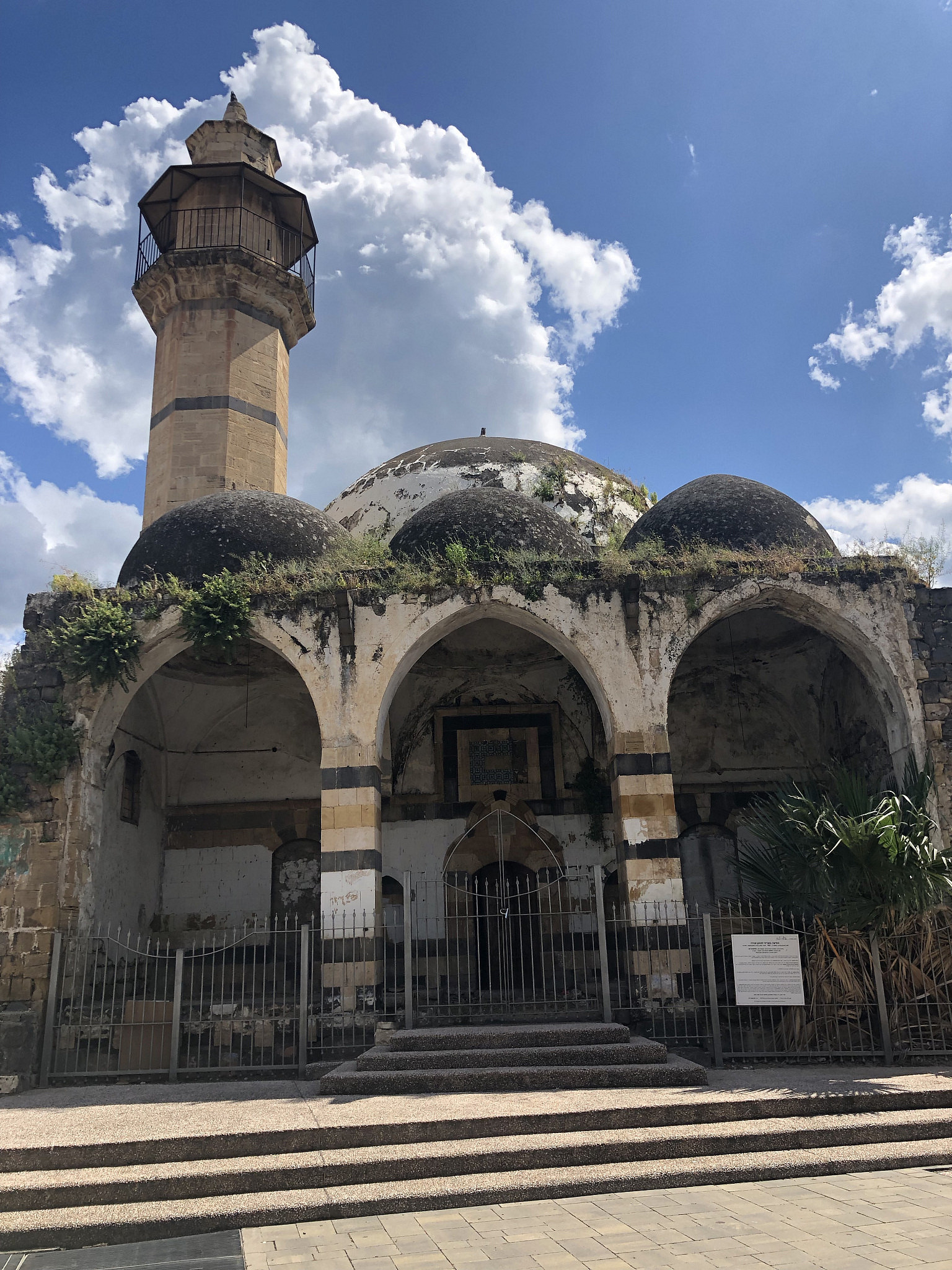 An abandoned, but still standing, Mosque in Tiberias. Photo by Matan Rudner.

Seven decades after the war ended, the evidence remains overwhelming. I’ve read the declassified IDF reports that include orders to “purify” regions of their Arab inhabitants. I’ve read the documents that instruct Mosques and ancient Arab heritage sites to be destroyed completely so as to wipe out the remnants of the society that our state replaced. To this day you can see the remains of Arab villages, eerily empty and scattered across the country.

Learning this story for the first time was heartbreaking. Having grown up believing that Israel was always David, it was hard for me to comprehend that sometimes it could be Goliath.

It’s this story of the Nakba (Arabic for “catastrophe”), of exile from a beloved homeland, that has come to define the Palestinian narrative.

Ignoring the seven times over the past century that their leaders have rejected proposals for statehood, Palestinian nationalists point to this event as the chief reason for their troubles. In their eyes, the Nakba invalidates our right to exist, it is Israel’s original sin. For it is self-evident that a state predicated on the dispossession of others, like the colonial enterprises of the United States and Australia, has no moral justification.

But the key difference between the immoral birth of these countries and the birth of Israel is not only that Jews themselves are manifestly indigenous to this land, but that, when presented with the option of partition, the heartbreaking division of the land we’ve forever cherished for the sake of peace between peoples, the Jewish leadership said yes and the Arab leadership said no.

In fact, after continuously refusing proposals for partition, the Arab nationalists of our land- which at the time constituted a vast majority of the Arab population- launched a full-scale war against us. Aided by neighboring Arab armies, they  attacked us, indiscriminately, from their villages and towns. They ensured, through the blurring of lines between civilian and combatant, military base and town square, armored tank and ambulance, that a war for our survival would mean a war against their society. They guaranteed that a war for a free, safe, defensible, contiguous Jewish state would necessitate the dispossession of thousands of enemy civilians.

This is what goes unsaid- the Nakba happened not because all Israeli leaders were bloodthirstily intent on destroying another nation, but because in the face of a war of extermination, the military determined that communities that harbored foreign armies and villages from which the new state could be attacked posed an immediate and serious threat to Israel’s survival.

Many of those villages that assented to Israeli rule and promised to live in peace were left as they were. The roughly two million Arabs who are citizens of Israel today are the descendants of those who chose peace over war and still live in their homeland.

During that first war, a war in which Holocaust survivors went from their refugee ships straight to the battlefield, Israel’s options were life or death- and we cannot apologize for choosing life. We refuse to feel sorry for fighting for our survival.

The question then begs to be asked: what do we do with the Nakba? Committed as we are to the justice of our cause and to the triumph of truth, it is incumbent upon us as Jews to internalize this complicated chapter of our history.

We may, rightfully, oppose those hateful regimes, the Palestinian Authority among them, who have weaponized this narrative over the decades with the end goal being our people’s defamation and destruction. However, this opposition should not preclude radical empathy for the innocent families who suffered at the expense of our freedom.

We must reject the idea that our two national narratives are mutually exclusive: that either that Nakba never happened and Israel is perfect, or that the Nakba did happen and Israel has no right to exist. 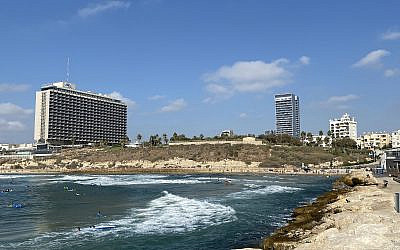 We must assert that though throughout the course of the war of liberation, we inflicted much pain, this does not detract from the justice of Zionism, from the basic principle that the Jewish people deserves freedom.

And though the corrupt Arab governments of the region are largely to blame for the continuing plight of the Palestinian refugees and their descendants, we must ensure that for our historical role, we too share the burden of alleviating their suffering, in some way or another.

There are those who disagree, those who charge that the Zionist narrative must be pure, heroic, and unapologetically victorious. They suggest that our nationalism be as chauvinistic as any other. This, however, is in direct opposition to the fundamentals of our Jewish faith. Nuance, in fact, is built into our traditions.

During our festive meal, we recall that in the process of our liberation, God brought down the plagues on Egyptian society so that Pharaoh would assent to our exodus or see his civilization crumble.

And so, amidst the complex rituals and blessings that make up our Seder, we take time to pour wine for the innocent Egyptian civilians who suffered. For, according to Proverbs 24:17, we do not rejoice when our enemy falls, nor exult when he stumbles. We don’t apologize for the Exodus and we don’t deny that innocent people suffered so that we could be free. Instead, we acknowledge the past with empathy and look towards a future in which pain and cruelty disappear from the world. This ancient custom should be a model for the way that we incorporate other narratives into the stories we tell about ourselves.

The story of our people’s newfound freedom, of the founding of the modern State of Israel, is complicated. It’s full of miracles and joy, of pain and sorrow. It may not be the perfect story we thought it was, but we owe it to Israel to see it not as we may wish, but as it is. It is a country born out of an ancient hope to be free, a country that tries its hardest to pursue survival as morally as it can. We can ask for nothing more.

This column first appeared in the Texas Jewish Post on October 1, 2020.

About the Author
Matan made Aliyah from Dallas, Texas and served as a Lone Soldier in the IDF. He's obsessed with maps, krembo, and Zionism.
Related Topics
Related Posts
Comments