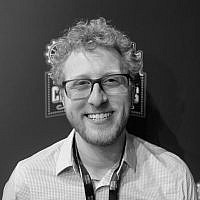 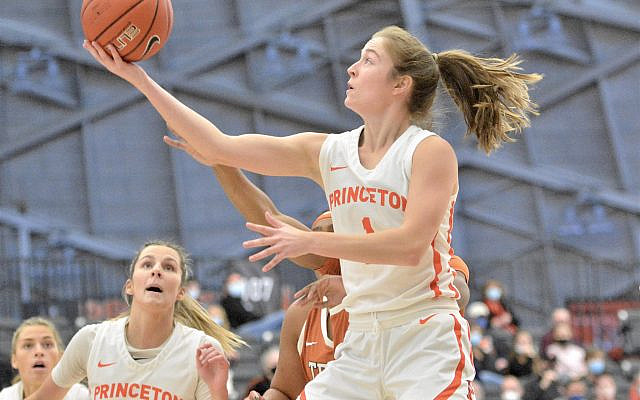 Abby Meyers’ college experience has been anything but traditional, taking her from three years at Princeton University which included an unexpected gap year abroad. The 2021-2022 Ivy League Player of the Year now plans on using her final year of college basketball eligibility at the University of Maryland.

Before she arrives at the Xfinity Center in College Park as a graduate transfer, Meyers has one more business trip planned overseas.

Meyers will join more than 10,000 Jewish athletes from around the world and nearly 1,400 from the United States representing Team USA in the 21st Maccabiah (Muh-ka-BE-ah) in Israel this July.

The Maccabiah, more commonly known as the Jewish Olympics, is the second-largest sporting event in the world with 60 countries participating and has brought Jewish athletes together through competitive sports since its inception in 1932.

“I did not think, ever, that I’d be representing an entire country in basketball or (play) on an Olympic team,” Meyers told Maccabi USA. “It’s exciting and I definitely brag about it, it’s not something to be humble about.”

The Maccabiah was put on Meyers’ radar during the spring of 2021, while the Ivy League was shut down under the cloak of the COVID-19 pandemic. Lauren Battista, Princeton’s assistant coach and Maccabiah alumna, told her about the tryouts and ignited the spark.

“They gave us information of times and when we could try out and how it’d be a really great opportunity,” Meyers said. “I went up to Boston to try out and was fortunate enough to make it. I’m just excited for the opportunity to play and represent the U.S.”

Meyers grew up in a reform Jewish household and celebrated the holidays with her two sisters and parents. Her favorite Hanukkah gift was an iPod when she was little.

This summer will be the first time anyone in her immediate family will travel to Israel and although her parents and sisters won’t accompany her, she is looking forward to showing them fun pictures of her time when she returns.

“I haven’t made a bucket list yet, but that’s something I’m definitely going to do prior to going to Israel,” Meyers said.

Meyers will be joined in Israel by some familiar faces including junior Maddie Plank. The 5-foot-11 guard was Meyers’ teammate at Princeton for two seasons but transferred to Davidson College in North Carolina this offseason. The two will share the court once again, this time on an international stage.

Although Meyers will finish her career in the Big Ten Conference at Maryland, some of her former adversaries will now be teammates with Team USA, so the Ivy League ties will remain strong.

“Two girls from Harvard, Tess Sussman and Lola Mullaney, ballers — they definitely gave us a run for our money in the Ivy League Tournament — and Camilla Emsbo (from Yale),” Meyers said. “It’s going to be a great five players from the Ivy League. Hopefully, we’ll get to be the starters but that’s totally up to the coaches.”

Princeton had a perfect record against Harvard and Yale during the 2021-2022 season. Meyers faced Sussman, who has since transferred to UC Davis, and Mullaney in the Ivy League semifinals as the Tigers defeated Harvard, 72-67. Meyers led all scorers with 22 points, sending Princeton to the finals.

Meyers beamed with excitement stretching a smile across her face at the possibility of being a part of a starting lineup with so many former Ivy League players.

Maccabi USA women’s basketball Head Coach Sherry Levin, who coaches at Worcester Academy in Massachusetts and has connections to some of the top women’s college basketball talent, said the thought of seeing those five on the court has crossed her mind.

“Anything’s possible,” Levin laughed in a phone interview. “It could happen. I don’t see why it wouldn’t happen. Again, we’ve got some great talent … It’s awesome that they have that little bit of a background with knowing each other.”

During the Ivy League Tournament, Meyers said she spoke with Sussman and Mullaney and was happy they would not have to face each other on the court anymore.

“We’re gonna play with each other for a common purpose,” Meyers said. “I think it’s gonna be really cool to say the Ivy League is representing Team USA.”

Dylan Manfre is a Metuchen, New Jersey native and a recent graduate of Rider University. Follow him on Twitter (@Dylan_Manfre11) and Instagram (@ByDylan Manfre) for complete coverage of the 21st Maccabiah.