On July 6th, 2020 morning, I woke up at 5.21 am, almost three hours before my usual awakening. There was no reason for that, I thought at the moment. We still have a white nights at this time in Finland, so the sun was up for an hour or so. The air was completely clear, but without that special morning serenity. I heard noisy and persistent rustling of branches all around our house, non-stop rustling. The wind was mighty, the weather was stormy. Strange morning, I thought, not quite July-like. I felt like the wind was as if saying something. Not trying to say, but saying in articulated way. I could not sleep back at all.

Some music was still whirling in my head from the previous night when my husband and I were listening to our usual pre-bed concert. Yesterday, we opted for the record of a great concert given back in 2006 by two outstanding Italian musicians, trumpet player Paolo Fresu and pianist Danilo Rea at Auditorium di Santa Cecilia in Rome. Fresu and Rea were improvising playing some of our favourite music by great Ennio Morricone, a very special person for us both.

We started to speak about Maestro Ennio, how is he doing, hopefully now everything is fine, after our all’ fears for him and his wife because of severe epidemic of Covid-19 in Italy recently, how much we are waiting for his book sent to us by his family, what a great music that great man have created, and so on. Our evening of July  5th 2020 was ending with our thoughts on Ennio Morricone.

In a couple of hours after my unusual awakening next morning, my Inbox did show the terrible news: Maestro Morricone passed away this morning, at the dawn in Rome ( 5.42 am), at hospital there. The same time when I awoke that morning, under noisy rustlings of the trees in our garden. 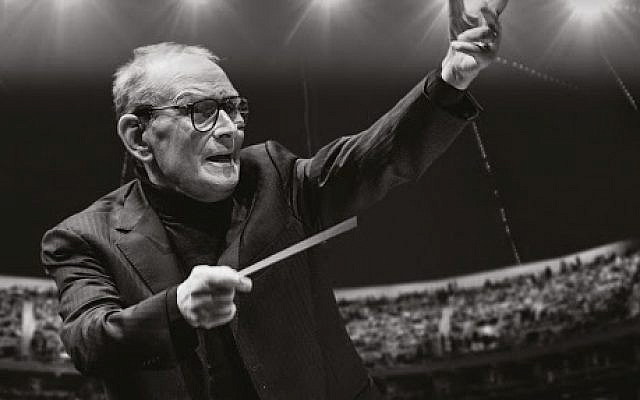 Just four months ago, in mid-February 2020, we were seeing Maestro’s son Marco, the one of his four children, and his wife Monica in Rome where we all were participating  together at the  Il Volo di Pegaso Italian National Arts, Literature and Music Award ceremony in which the Maestro Morricone’s Armonica Onlus Academy was taking a prominent part, and our The Rogatchi Foundation is traditionally participating as well. When Marco Morricone was invited to the stage to speak before awarding some of the laureates, we were stunned by his goodness, his modesty and his sensitivity. We should not be stunned, actually: Marco is so much the son of his great father in that great modesty, that rare and organic attitude towards people, that fineness of sublime soul.

I saw Maestro Morricone in person for the first time  in the end of August of 2009 in Rimini, during the important Meeting di Rimini high-end cultural and humanitarian festival. Maestro was giving a special concert in an unusual concert-conversation format. I was invited as a special guest, as well as another dear friend, the great public figure, late Harry Wu. We all were staying at the same historical Rimini Grand Hotel, famous largely thanks to Fellini who had a special bond to the place, who immortalised it in his films and  who actually died there.

Both Maestro Morricone and his wife were gracious, elegant, organically polite and friendly disposed toward people they were meeting at Rimini Festival, but not only. To talk with them, to be near them was like one was entering the sea of light. Very calm, serene sea which is organically generous with you – and you, and you, everyone – in sharing its light, in wrapping it around you absolutely effortlessly.

Luckily, I have met many special people in my life. And many very special ones among them. But I never met anyone quite like Ennio Morricone. That man had such extraordinary substance which he consciously and very graciously  kept very much inside himself that his presence was a quiet but very deep celebration and a gift. Never in my life did I have that sensation when a brief friendly encounter lasts over many years and is present in one’s life in a sustaining and tangible way as if it had happened just yesterday.

I remember the Maestro’s face, his smile, his attentive eyes, very sharp eyes but without any edge in his outlook, his wise and elegant words very vividly during all twelve years that have passed since our personal meeting. I cannot explain it, but it is with me on a daily basis. I treat it as a very special personal gift in my life. I always will.

As a culture figure, Ennio Morricone was a gift to mankind: his enormous productivity and fortunately long life ensured his music to over 500 films, many of them mile-stones of cinematography, and much more great music by that brilliant composer. I do not know any other cultural figure whose impact was so mighty, unexpected, wide and universal. Not only Morricone’s music is great, but to very large extent, it did made the films for which he was composing, unforgettable and distinct ones, from all eight classical Westerns by Sergio Leone to Once Upon the Time in America, Sicilian Clan, Cinema Paradiso, and so many others.

Morricone’s scores for all those exceptional films always was much more than a score, even the best one. It was a vision laid not in words, not in pictures, but in music, in melodies. Because of philosophical depth and the beauty of Morricone’s music, this vision has been perceived universally, by millions. Because of its pure harmony and depth, that vision has enriched our individual perception of the world and it has enriched our own lives. Morricone’s music is an unique phenomenon in the history of culture, and palpably so in modern cultural history. This music is more than words. It is deeper than words. And it stays longer than images on the screen although they all are engraved in our memory very much because and thanks to that so unique, so special and so original music.

Ennio Morricone was a gift to mankind.

Not only was his productivity simply phenomenal, but his artistic responsibility was exemplary one.  Maestro Morricone started to conduct his own music quite late, in the mid-1980s when he was 56 year old. His concerts were always a great success. During those concerts, the sea of light that he did emanate was transformed into the ocean of it. The waves of goodness were embarrassing Morricone’s huge audiences at every concert he ever gave, and those were many in major places and different corners of the world. He was very generous towards the people in anything he did. It was his principle of life conduct. Amazingly, he gave fantastic concerts conducting brilliantly as recently, as just two years ago, in 2018, being 89.

In the best of Italian modes, Maestro Morricone was a true Renaissance man. Additionally to his inherited and developed musical supreme talent, he had a brilliant mind and great intellect. After learning about Morricone in more detail, I realised why his music is so unique and so universal. It is because it was also a product of his might intellect and outcome of his deep spirituality.

Maestro Morricone was an exceedingly modest person, he never bragged on his brilliance and depth. But  it all is in his book, Ennio Morricone: In His Own Words, which is a sheer intellectual pleasure to read. It is the one of the best books ever. 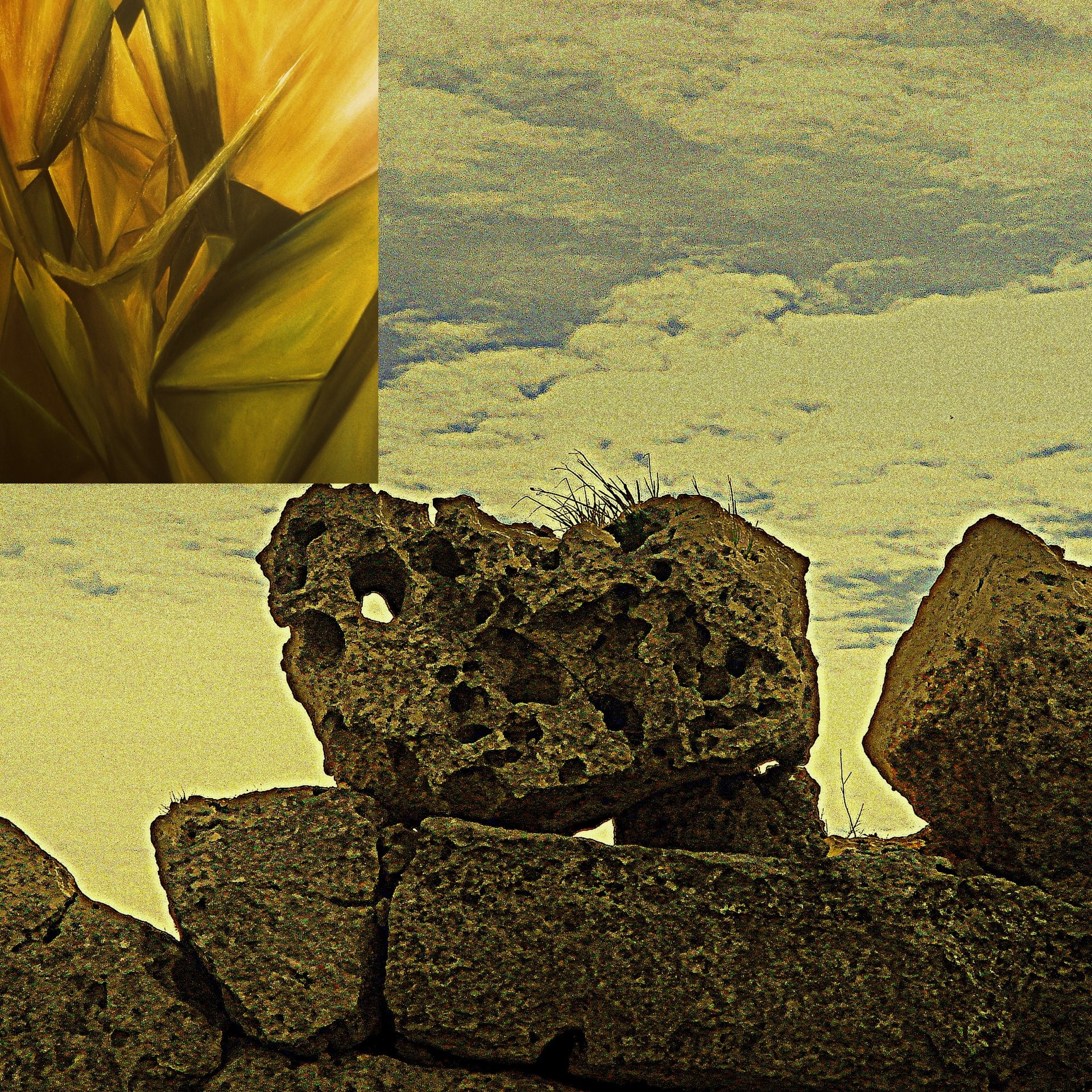 When I was reading the parts of it, I was having an impression that Leonardo had returned to our midst, this time as a composer. “Music is mysterious, – wrote Maestro in his incredibly engaging book, – it does not offer many answers”. Indeed, Ennio Morricone’s music did originate much more lasting questions for millions of people than all those great films itself. And questions are the salt and beauty of a life landscape, the more, the better.

As a person, Maestro Morricone was simply amazing in his modesty, his friendliness, his kind attitude towards the people. I wish we would have much more people like him, but the reality is that he was a rare sapphire of a man.

His deep faith was never shaken and for those who knew him and the family, it was evident that this kind of faith was a very firm ground for his outstanding and far reaching humanity.

His and his family’s generosity and philanthropy maybe not that well-known widely – precisely because of supreme modesty of Morricones – but there was, is and will be steady stream of it in many directions of life, including their help to children, families in need, musical education, science, medicine, you name it.

When we at our The Rogatchi Foundation have started the Culture for Humanity global initiative facilitating cultural support to people world-wide at the smashing time of Covid-19 pandemic, it was Maestro Morricone and his wonderful family who did respond the first ones to join and to lead the effort. We were touched and grateful to those wonderful people who always share their talent and their heart with this simplicity and understatement, in the way the real giants do.

As we all know, because of a number of reasons, some of great masters of arts can be quite complicated characters. Ennio Morricone, additionally to all his extraordinary professional qualities, was simply a wonderful man. True humanitarian whose humanism was an organic part of his nature. He is a giant in all and every sense.

It would take time for me to write about Maestro Ennio in the past term.  Such light like his never dims.

About the Author
Inna Rogatchi is internationally acclaimed writer, scholar, artist, art curator and film-maker, the author of widely prized film on Simon Wiesenthal The Lessons of Survival. Her professional trade-mark is inter-weave of history, culture and mentality. She is the author of the concept of the Outreach to Humanity cultural and educational projects conducted internationally by The Rogatchi Foundation of which Inna is the co-founder and President. She is also the author of Culture for Humanity concept of The Rogatchi Foundation global initiative that aims to provide psychological comfort by the means of high-class art in challenging times. She is the wife of the world renowned artist Michael Rogatchi. Inna's family is related to the famous Rose-Mahler musical dynasty. Her professional interests are focused on Jewish heritage, Holocaust and post-Holocaust, arts and culture. She is running several projects on artistic and intellectual studies on various aspect of the Torah and Jewish spirituality. She is twice laureate of the Italian Il Volo di Pegaso Italian National Art, Literature and Music Award, the Patmos Solidarity Award, and the New York Jewish Children's Museum Award for Outstanding Contribution into the Arts and Culture (together with her husband). Inna Rogatchi is the member of the Board of the Finnish National Holocaust Remembrance Association and member of the International Advisory Board of The Rumbula Memorial Project ( USA).
Related Topics
Related Posts
Comments