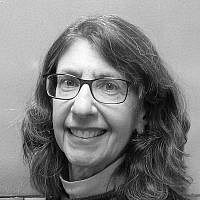 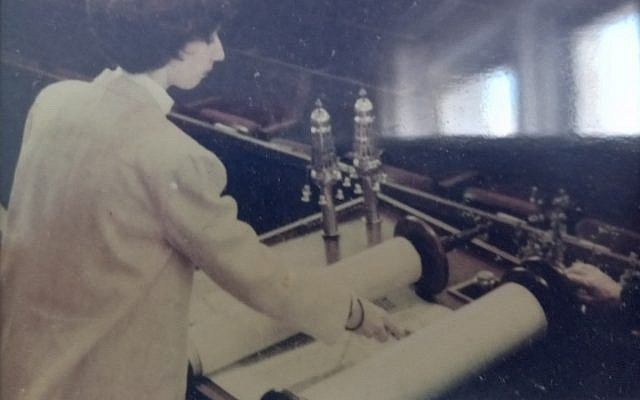 It was Friday night candles and Passover matzah. Chanukah menorahs and dreidels and fasting for Yom Kippur. Quite simply, our family wasn’t just culturally Jewish and wasn’t just religiously Jewish either.

There must be a phrase for this in-between status – because that’s what we were.

We celebrated and honored our religious holidays. We identified as Jewish people. And yet, if it wasn’t for the barely affordable $90 per year fee for my older brother’s study at the orthodox shul, I don’t know what would have happened for his Bar Mitzvah. For me, since only Reform and Conservative Jews with temple memberships had girls attend Hebrew school in the 1970s, it was never a priority or a financial reality in our home.

I had a Jewish identity, yet it didn’t define me. Until my early 20s.

Clearly, I had known the rituals and traditions but never knew the why. So, I called several local synagogues to find out how to learn more about Judaism, my Judaism.

Only one rabbi returned the call. There was an Adult B’nai Mitzvah class forming at Temple Beth Shalom in Flushing, New York in the coming weekend, and would I like to attend? I felt that this was a sign, and I took the red-eye home from a West Coast business trip to attend the first session, declaring the start of a very different kind of journey. 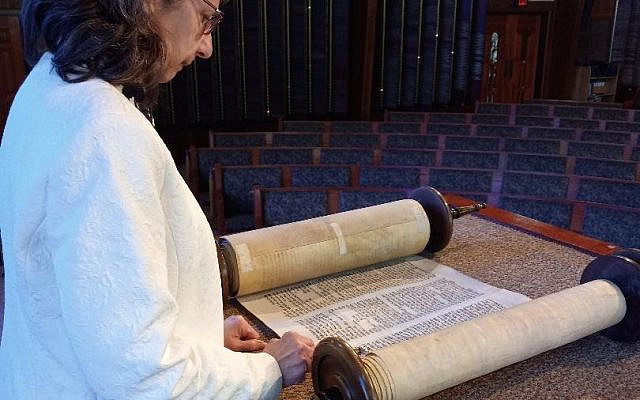 My community, my membership, my Adult B’nai Mitzvah 1.0 – complete with six other congregants, my four lines of Torah and my reciting of the Avot praising God for blessing and for watching over the Patriarchs (and now Matriarchs), this felt like a moment of clarity regarding my religion and its basis of faith.

Later, I often joked that my participation brought down the median age of the group to 85. But if you listened to my comment carefully you would hear an admiring tinge/tone to my voice acknowledging how these seniors challenged me to read and study as hard as they did.

I remember the Hebrew and Judaic studies on Sunday mornings at the large table in the temple library where we sat while the teachers entered and exited.  The papers and cassette tape of our Torah portion delivered by the volunteer coordinator. The dairy lunch that our magnificent seven prepared days before the Saturday morning event guided by volunteers in the temple kitchen.

It was a moment to touch/declare my Judaism witnessed by my parents and friends.

As time passed, I reengaged with my Jewish identity as a wife and mother in my community — especially as a member and volunteer for my Hadassah group, part of Hadassah Nassau (Long Island, NY).  It was my husband and my constant encouragement that led our children to attend religious school, embrace Jewish youth group and ultimately travel to Israel.

But it was this past June, nearly forty years later, where another turning point in my Jewish life occurred. I participated in another Adult B’nai Mitzvah (let’s call it 2.0) in which nine people including my husband chanted the Torah portions leading up to and including the Ten Commandments. This time it was a different synagogue – Temple B’nai Torah in Wantagh, New York and it was a different me. There were speeches and teachings from each of us and more group prayers and songs than I could ever imagine.

And although I originally suffered from FOMO — Fear of Missing Out — when it came to registering for this two-year study and exploration, I found myself challenged, which wasn’t always such a bad thing.

And oh yes, it was a moment to touch/declare my Judaism witnessed this time by our two adult children, as well as family and friends virtually and in person.

What made this time significant is that I had a partner to work with separately or together — whatever we felt it was best – always with constant reassurance when our (okay, my) feelings ranged from frustration and helplessness to progress and hope.

And when I got to thinking who I most wanted to share this déjà vu story with, I reached out to the rabbi who reached out to me so many years ago. I couldn’t get to speak with him, but I am consoled by the fact that his role, his guidance meant the world to me. It brought me to this unique moment, and I now realize that is the greatest coming-of-age/Bat Mitzvah lesson of them all.