This is the fifth article in the series “Black and Jewish: Memoir of a Shifting Self” which is being published exclusively on the Blogs of the “Times of Israel”.

I am both African American and Jewish, both Israeli and American, and I served in both the Israel Defense Forces and the United States Army. My American-Israeli culture is a multicultural and multi-spiritual “Third Culture” that combines elements of Israeli identity and American identity.

This intensely gripping series was inspired by Rebbeca Walker’s “Black, White & Jewish: Autobiography of a Shifting Self”.

Today, this article describes my transition from African-inspired spirituality and folk religion towards the modern psychology and psychiatry of Jewish therapy.

“Only God Can Heal Our Hearts and Minds” 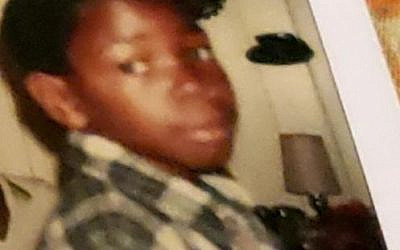 When I was a boy growing up in East Long Beach, California, my maternal grandmother, Lulluree, would often say, “only God can heal our hearts and minds”. As such, she believed God Almighty was a divine therapist who would help to resolve personal issues and psychological trauma.

If our family had issues to resolve, we sought the assistance and guidance of Pastor Herman Gore Sr. of Christ Second Baptist Church on Martin Luther King Avenue. With spiritual counseling and prayer, Pastor Gore was both spiritual leader and psychological therapist.

In my neighborhood, people were often suspicious of modern psychology and psychiatry. People would whisper:

“Therapists are not for African Americans” and “Psychiatrists are for rich white folk.” “We, African Americans, must turn to God as our therapist.” “The Holy Spirit is the only healing power we need.” “Do your best, and God will do the rest”.

Traditionally, early African American culture was highly suspicious of psychotherapy, modern psychology, and psychiatry which were perceived as tools of oppression, slavery, colonialism, and discrimination against people of color.

“Put on the whole armor of God,” Pastor Gore would preach at our church. “No weapon formed against you shall prosper”, he concluded.

Within recent years, new approaches to “black psychology” has occurred. According to Afrocentric clinical psychologist, Naim Akbar, “African psychology is not a thing, but a place, view, and perspective, a way of observing. It is a perspective that is lodged in the historical primacy of the human view from the land known as Africa.”

When I was a young, black, Christian, I avoided therapists, psychologists, and psychiatrists, as I believed these institutions were exclusively for “white people” and not for “black people”.  I turned to the Holy Bible and Holy Spirit for my mental health needs.

Judaism, Jewish Therapy, and the Influence of Psychotherapy

After I converted to Orthodox Judaism and moved to West Los Angeles, I met a young Jewish woman named “Rena Rothschild” who is of European Jewish descent.

“You should talk to a psychotherapist because you have many issues you need to resolve,” Rena says to me as I sit in her apartment for Sabbath (Shabbat) dinner.

Since I still did not believe in talk therapy, I was “shocked and shaken” by her suggestion that I enter therapy.

“Since you had a rough upbringing, you should work with a ‘team of mental health professionals’ to help yourself including—therapists, psychiatrists, and clinical social workers,” my friend Rena Rothschild advises me.

As I practiced Judaism in the Beverly Hills community, I was exposed to many Jewish therapists and psychiatrists whom I met in synagogue. Some of these Jewish mental health professionals were professors at local colleges and universities.

Slowly, my view of psychology and psychiatry began to evolve as I became more accepting of seeking help to improve my mental health. In the past, I only turned to the Holy Spirit for help. Now, it was time to begin talk therapy.

After I completely my service n the Israel Defense Forces, I began psychotherapy or talk therapy with the famous, Dr. Shaul Livnay-Weisbrot in Tel Aviv. I also engaged in one-on-one therapy with well-known, Dr. Joseph Prinz in Jerusalem, and Dr. Gregory Katz in Jerusalem.

Sitting and talking to a therapist once a week helped to open up and release my archeopsyche (inner child) and create a new, healthy extereopsyche (inner parent) and a rational, organized neopsyche (inner adult). (These concepts are from Dr. Eric Berne’s book, “Transactional Analysis.”)

I talked to therapists about the challenges of growing up in a racially segregated inner-city ghetto filled with gang members and violent crime.

I also read the book “In Therapy We Trust: America’s Obsession with Self-Fulfillment” by Eva Moskowitz which discusses America’s new focus on psychotherapy and talk therapy. Moreover, the rabbi who oversaw my conversion, Rabbi Abner Weiss, earned advanced degrees in psychology and psychological counseling.

In the Fall of 2020, I was accepted to the private school, Whittier College, as an undergraduate student in psychology. However, I did not attend the school because I could not afford the tuition, housing, books, and nourishment expenses.

My intensely personally spiritual journey has been a tour de force of spiritual inspiration based upon God’s divine revelations. It was Judaism that opened the door to psychology and psychiatry. This journey has also been a psychological journey which introduced me to new tools to strengthen and maintain my mental health, spiritual hygiene, and mental strength.

To quote American poet Ani Difranco’s “The Slant”, my psychological journey is filled with “rhythms that never come clean and strengths that you still haven’t seen”.

This fifth article in the autobiographical series, “Black and Jewish: Memoir of a Shifting Self” describes my evolution from African American folk religion toward an embrace of modern psychology and psychiatry.

The next article in this series will be published exclusively on “The Blogs” of the “Times of Israel”.