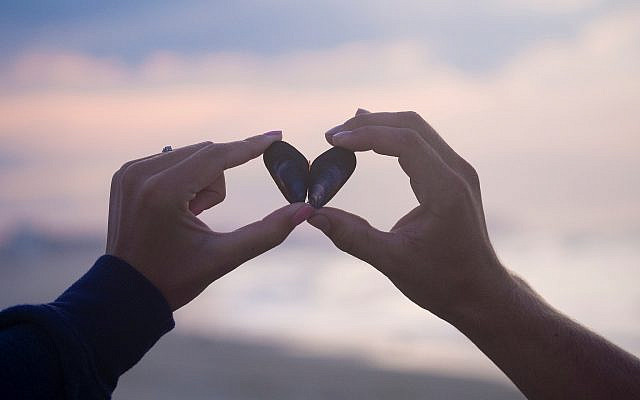 Most Hebrew months have one character or theme. The character of the month of Adar, for example is one of happiness during which the joyous holiday of Purim falls out. The upcoming month of Elul carries the theme of spiritual closeness as we begin approaching the High Holiday season. However, the great Chasidic master, Rabbi Levi Yitzchak of Berditchev (1740-1809) wrote that the month of Av, the Hebrew month in which we now find ourselves, has two characters – one sad and one happy.

The first part of the month, containing the Nine Days of mourning leading up to the ninth of the month, namely Tisha B’av – commemorating the destruction of the Temple – is sad.  The character though of the second part of the month, beginning with the 15th day – called Tu B’av – is happy. Tu B’av is a minor festival celebrating a number of happy incidents in Jewish history and was celebrated as a sort of Jewish Valentine’s Day in which young Jewish men and women gathered to meet. There is a tradition that on Tu B’av the single women of Jerusalem, dressed in white garments, went out to dance in the vineyards. As the Talmud relates: “there were no holy days as happy for the Jews as Tu B’av and Yom Kippur” (Ta’anit 30b).

Among other things, the pandemic has kept many people living as one.  We must remember this is not the ideal spiritual state in which Judaism envisions us living. We are meant to live as two.  As long as the pandemic prevails, we must therefore endeavor to make as many of those who are alone, feel as though they are not.  I often end my Facebook Live lunch and learn sessions by encouraging my students to not let the day go by without calling someone who is alone.  Be it a parent, grandparent, colleague at work or another single friend, that phone call and those few minutes of caring can mean the world of a difference.  In those moments, we transform someone from being a one to a two, from an Aleph to a Bet, from sadness to joy and blessing.