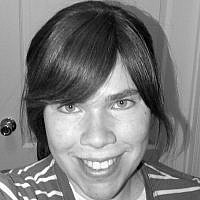 The Blogs
Rivka Kirwan
Apply for a Blog
Advertisement
Please note that the posts on The Blogs are contributed by third parties. The opinions, facts and any media content in them are presented solely by the authors, and neither The Times of Israel nor its partners assume any responsibility for them. Please contact us in case of abuse. In case of abuse,
Report this post.

It’s been a tradition in my family, starting with my mother. The women dream of making aliyah, of building a home in Israel, of raising a family on its holy soil. But the men just don’t seem to feel the same. My father, my brother-in-law, my husband: none of them were willing to follow their wives’ dreams.

And then my younger sister got married. Of all the girls, she was most ambivalent about moving to Israel. She too loved the Land, she did. But she was also the most attached to her family, to her parents and her siblings and her nieces and nephews.

But, shockingly, her husband wanted to live in Israel. So the plans began. They had to wait for my sister to finish her master’s program first, so there was time. It was happening, but not yet.

But now there are only ten weeks left. Ten weeks before they board the plane to a new life. Before we let them go, not knowing when we’ll next see them.

And my mother, whose replacement dream for making aliyah was having all her children make aliyah so that she could join them in retirement, my mother who still speaks longingly of the country she hasn’t even visited for far too long, my mother can’t speak about her daughter leaving. She says it gives her a stomachache.

Of course she’s happy that Rachel is going. We all are. But it still hurts. It’s still painful to think that my children may only know their aunt as a far-off figure whom Mommy grew up with but whom they never see. That my children will think of hers as the exotic “Israeli cousins” whom they can hardly understand over the phone. (Living in Chareidi stronghold Kiryat Sefer, Skype will likely not be an option.)

She’s living our dream, and it hurts. But it feels good too. I’m living my dream vicariously, feeling the excitement of the Nefesh B’nefesh approval, of booking the flight, of packing the bags.

And I remind my husband that it’s still not too late for us. We can still choose to uproot ourselves from American staidness and transplant ourselves in Israeli spontaneity. I can almost feel the arid heat of the Negev on my skin and smell the mingled aromas of the Machane Yehuda shuk tingle my nostrils. I can hear the waves lapping the Haifa beach and see the Judean hills in all their glory. I can taste the sweetness of coming home.

About the Author
Rivka Kirwan is the director of media relations at Kars4Kids, a nonprofit based in New Jersey, where she lives with her husband and two young children. If it were up to her, she'd be living in Israel, which she grew to love in the year she spent there post-high school.
Related Topics
Related Posts
Comments