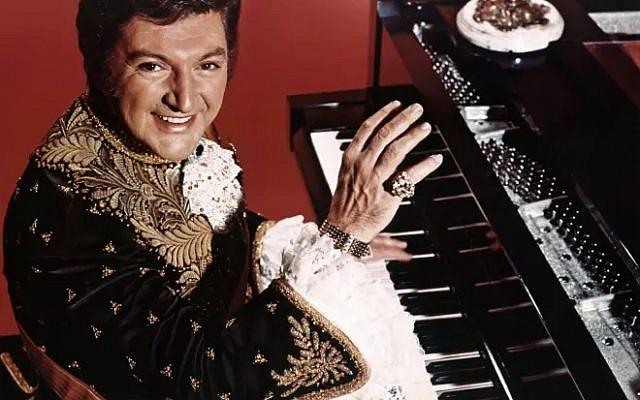 Liberace at the Piano (With thanks to the Sun.co.uk)

I have just watched Sky News tie itself in knots trying to avoid using the word “mother”. They came up with “parent” when showing a clear picture of a woman.

It is very important not to offend the other. I, for example, casually used the term “I” without a thought for “you”. To be inclusive, as we must, perhaps “we” would have been better.

Of course, men are not mothers but that is not to say that they cannot have children. A quick glance at the website Men Having Babies (MHB) will tell you all you need to know.

Even a little word like “it” can add up to big trouble. Back in 1959, a jury awarded damages of £8,000, about £176,000 today, to Wladziu Valentino Liberace, a popular pianist and singer. William Connor, better known as Cassandra, a Daily Mirror columnist, had libelled Liberace by suggesting that he was “Everything that He, She and It can ever want.” The jury agreed that “it” implied that Liberace was homosexual, which of course, he was.

As Winston Churchill might have said: A climate change fanatic is one who can’t change his mind and won’t change the subject.

Older readers may remember the call “All Change” that was used to tell passengers on a train or bus that they must get off because it is not going any further. Well, neither is this Blog.