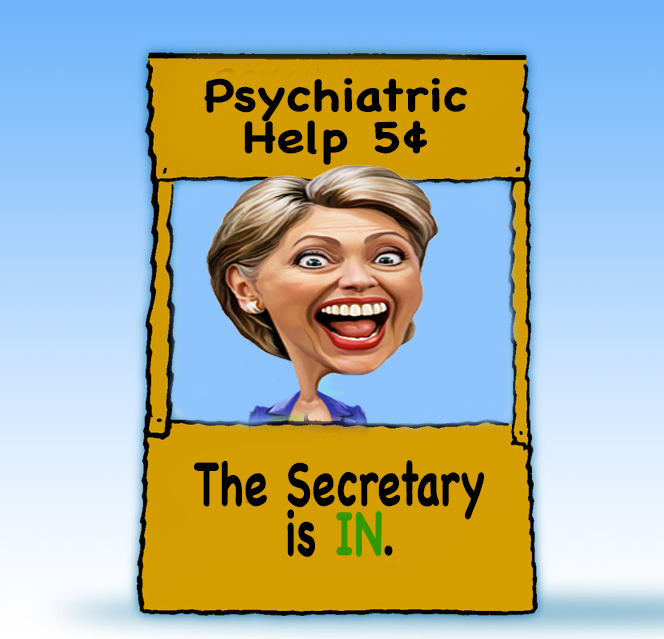 Since the booth first appeared to offer psychiatric advice for a nickel, many have stopped by to tell Lucy their problems. Momentarily pausing from her bullying role, Lucy consistently responds with the same kind of useless analysis and advice we’ve read in many recent publications.

It’s concerning to see people in positions of immense influence portraying negotiating partners as relatively one-dimensional responses to the particular events of their lives. The growing treasure trove of private cables and emails our former Secretary of State stored on her basement network server offer more than a few reasons for concern.

They offer a disturbing peek into the day-to-day thinking of leadership that too often refused to see what was staring them in the face. Instead of recognizing Israel’s concerns over the likely Gazafication of Judea and Samaria, the Prime Minister has daddy issues. Rather than fully considering Mr. Netanyahu’s problems with the danger and fragility of significant security concessions to Palestinian leadership who continue to institutionalize incitement and educate children to blame America, Israel and the Jews for every misfortune, they claim he’s overly concerned with being seen as a sucker. Why waste time truly considering the overwhelming concerns of Israel and America’s other one-time regional allies over far reaching concessions to Iran when it’s so much easier to denigrate the deal’s opponents?

Recent releases reveal the President’s leading negotiators were encouraged to strategically embrace, placate and quietly suffer Israel’s prime minister to get what they wanted from the nation he’s sworn to protect. Is it any surprise that they failed so miserably?

Is it any less surprising that Iranian negotiators, or those of China or Russia for that matter, so capably played their American counterparts?

The tragic irony is that had all the President’s shrinks helped the Administration successfully bridge the Palestinian-Israeli divide for a coveted photo op, they would be much less likely to now be using every iota of White House power and prestige to force acceptance of IranDeal on a deeply reluctant America.

Surely the day will come when we’ll learn how all the President’s shrinks sized up their Iranian counterparts. Sadly, we’ll likely discover that a lot of awful advice led Barack Obama to fight tirelessly for a tragic legacy that will be paid for in increased terror and bloodshed for generations.