The Blogs
Matti Munk
Specialises in multi-tier corporate finance for real-estate developers
Apply for a Blog
Please note that the posts on The Blogs are contributed by third parties. The opinions, facts and any media content in them are presented solely by the authors, and neither The Times of Israel nor its partners assume any responsibility for them. Please contact us in case of abuse. In case of abuse,
Report this post. 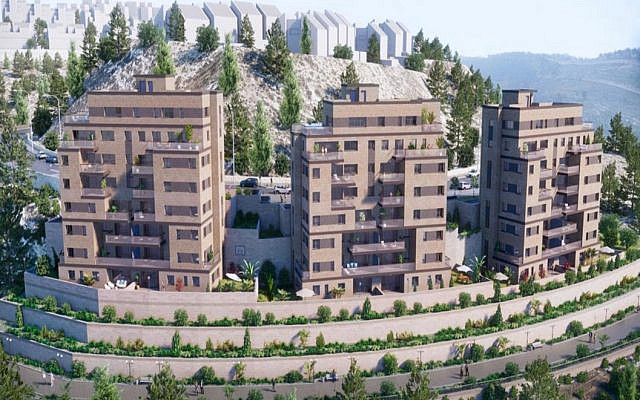 One of the first moves our new Finance minister, Yisrael Katz, made on the entrance to his new office was to reverse the pitiful decision his predecessor, Moshe Kachlon, had made five years previously.

In July 2015 Kachlon raised the purchase tax on investment properties from the level of 5% to the level of 10% at it’s highest brackets. In November 2015, a white paper written by investment company Western Wall Street, in conjunction with senior finance ministry staff and junior tourist ministry employees, was delivered to the finance minister. The paper claimed that the rise in tax will have a negative ripple effect on the economy and that the foreigners buying real estate in Israel, creating what Kachlon termed “ghost apartments” brought in more money to the Israeli economy in their 3 visits a year than the average Israeli household spends in a year. The paper suggested a concrete idea that could serve as an excellent solution. The idea was to create a system not dissimilar from the current system whereby an investor making aliya within a year from purchase receives a refund of the purchase tax to align it with the tax rate of a new immigrant. This should now be broadened so those who rent out their apartments or show some sort of financial activity in Israel after buying the apartment, at the minister’s discretion, qualify for a refund. The apartments would not be empty; nor would the government’s bank account.

Kachlon had set forth to reduce the cost of housing. By “Mechir le’mishtaken” he planned and succeeded in selling lottery tickets. Let us reduce demand by giving people hope in the form of a ticket, and get them off the buyers’ market! But not actually provide housing. By using the overseas investor as a scapegoat, he was never to blame for his lack of success. His balloter Sima Levy cannot afford to buy a house in Chadera because Steven Goldberg from the 5-towns bought on the Tel-Aviv seafront.

Yisrael Katz reversed this decision almost immediately. According to the Finance Ministry, Kachlon cost the country 700 m NIS in his attempt to keep the voter at his side. From my 20 years of experience in this field, the additional expenses of lawyers, brokers, designers, builders, and reduced tourists attached to overseas buyers, multiply that loss three-fold. The loss due to Israelis investing in overseas properties as an alternative to local ones is colossal and not calculatable.

Will the real-estate investors now return? Time will tell. But thank you Mr Katz, for being able to see past yourself and the electorate, for the good of the country.