The American secretary of state just spent a week visiting five Middle Eastern capitals but couldn’t find time or reason to stop in Israel, which had just had a serious clash with Syrian and Iranian forces. The Israeli Air Force shot down an Iranian-made drone and reportedly destroyed half of Syria’s air defense system before losing an F-16 to an Iranian-made missile.

Iran declared it a great victory in its drive to destroy the Jewish state.

Not so long ago the United States would have moved quickly to defuse the situation, but as Washington shrinks from global leadership, it was left to Moscow to step in to prevent a deadly escalation. The United States was a mere bystander.

That was also evident this week in Washington when the White House released its Fiscal Year 2019 budget, which calls for more deep cuts for the State Department, which has been shedding experienced diplomats, senior managers and, most important, relevance.

Both the budget and the reaction to the Syrian-Iranian clash with Israel reveal, if anyone had doubts, the extraordinarily low value this administration places on diplomacy, especially since it comes alongside enormous increases it seeks in defense spending.

That was seen when Trump told Tillerson he was “wasting his time” trying to open negotiations with “Little Rocket Man,” the North Korean ruler. “We’ll do what has to be done,” the president said, implying he felt the only solution is military.

Russian President Vladimir Putin phoned Israeli Prime Minister Benjamin Netanyahu after the clash over Syria to urge him to stand down; apparently he gave the same message to his Iranian and Syrian allies. All heeded Putin’s call.

President Trump and Putin spoke the following day, but according to versions released by both sides there was no mention of the clash but they focused instead on the moribund Israeli-Palestinian peace process, a Russian plane crash and North Korea.

Tillerson couldn’t be bothered to stop by even if just to reassure our closest ally in the region of American support in the midst of one of its most serious incidents in recent years.

It was left instead to Defense Secretary James Mattis to say Israel has “an absolute right to defend itself.” Trump tweeted a complaint about his predecessors “stupidly spending $7 trillion in the Middle East,” which couldn’t be reassuring for the Israelis since he said the day before that he didn’t think Israel is really interested in peace with the Palestinians.

Washington surrendered the playing field to Moscow at a time when America’s global footprint is shrinking and Russia’s is growing – something that can’t possibly be good for this country or for the Jewish state.

This also shows how irrelevant Tillerson and U.S. foreign policy have become. There was no American call for restraint, no warning to Syria and Iran and no effort to coordinate with the Russians. In other words, we’re rooting for you, Israel, but you’re on your own.

Iran’s growing threat is certain to be on the agenda when Netanyahu comes to the White House next month, but given Trump’s fear of confronting Russia and its spreading influence, little is likely to come out the Oval Office meeting beyond tough rhetoric and expressions of eternal love.

Trump and Tillerson are not just downsizing the State Department, they’re downsizing American’s influence around the world.

America’s allies can’t support American policies if they don’t know what those are. The President seems to make policy off the cuff, the secretary of state is largely sidelined, Trump’s secretive son-in-law has a mystery portfolio and is not answerable to Congress, and it is not uncommon for assorted officials to make (or leak) policy pronouncements with little or no coordination and questionable authority.

As Russia and China maneuver to eclipse American global influence, Trump is ushering in an era of American irrelevance. 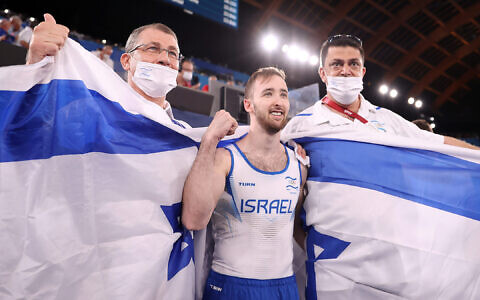