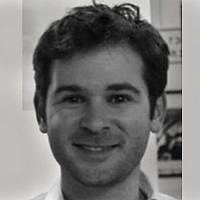 The Blogs
Itzik Yarkoni
Apply for a Blog
Please note that the posts on The Blogs are contributed by third parties. The opinions, facts and any media content in them are presented solely by the authors, and neither The Times of Israel nor its partners assume any responsibility for them. Please contact us in case of abuse. In case of abuse,
Report this post. 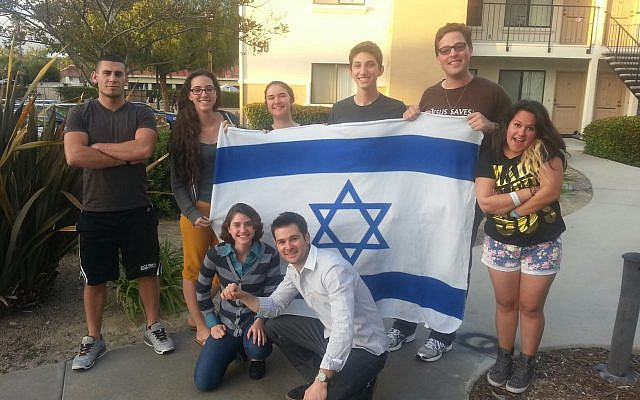 The most recent Palestinian-Israeli conflict may be over, but it continues to impact both the Middle East and people across the world — including young American Jews.

Many are feeling uneasy about Israel’s actions and unsure of their own connection to Jewish life. Based on The New York Times’ article, Gaza Conflict Stokes ‘Identity Crisis’ for Young American Jews, it’s clear that this new generation doesn’t necessarily feel the way that their parents and grandparents feel about Israel.

But will distancing themselves from Israel also impact their Jewish identity, or do American Jews face an identity crisis that’s not connected to Israel?

Many American Jews are not religious. According to the recent Pew Study about American Jews, 41% of Jews under 30 are unaffiliated. In the past 10 years, 61% of Jews married partners who are not Jewish.

Yet, while the number of Jews who don’t identify with religion is rising, there are still so many who are turning to spirituality. Orthodox Judaism is growing, and their youth are staying connected to the movement, too. Seventy-five percent of those who are involved with Chabad activities do not self-identify as Orthodox. The younger the segment, the more connected individuals are to Chabad and Orthodox activities.

As Viktor Frankl wrote in Man’s Search for Meaning, “Those who have a ‘why’ to live, can bear with almost any ‘how’.”

A few months ago, my brother-in-law began to host a Shabbat-focused show on Clubhouse. I couldn’t imagine who’d want to join. Well, as it turns out, every week before Shabbat, hundreds of random people join and take part in his show.

Young Jews want connection and meaning in their lives, and identity challenges provide an opportunity to think outside the box about Judaism and to be innovative about how we teach the younger generation about their heritage.

For many years, Birthright has been the most successful program in showing young American Jews modern-day Israel, and helping them forge a stronger Jewish identity that many can relate to. In Israel, Birthright participants see history come to life. They’re impressed with Israeli innovations. They find that they admire Israelis’ strength and resilience. For the first time, they can see Judaism as a nation, not just a religion, and they can build a stronger Jewish identity.

While I worked at a campus Hillel, students often told me, “We are not religious. Our Jewish identity is based on our history and our connection to the Jewish nation.”

Yet, at the same time, these same young Jews often left Hillel’s Shabbat programming early to go to Chabad.

“Well, the food is better and there’s free alcohol.”

But when I pressed one guy who wasn’t observant at all, he simply said, “Because they speak about the Jewish past, present, and future with passion.”

And he replied, “But they believe in it.”

While young Jews want to connect to their identity in real and authentic ways, they don’t necessarily want to be observant – and that’s something that Israel offers, too.

It’s where Judaism is part of each day and Jewish history can be found on every corner. It’s alive and it’s real and it’s meaningful.

So, let me ask you, when American Jews distance themselves from Israel because of their politics, are they also distancing themselves from the place where their Jewish identity may be most compelling to them?

About the Author
Itzik Yarkoni is the author of Pass the Chutzpah Please: An Israeli Outlook on Bold Business and Branding, Yarkoni is also the founder of BOMAH: The Brand of Milk&Honey, a branding firm specializing in social media and storytelling. Yarkoni has presented his storytelling workshop to over 10,000 students, start-up founders, and government officials all over the world.
Related Topics
Related Posts
Comments