In the communities I sing and pray with, Chanukah was always about light, freedom, and hope, and not so much about self-defense and war. That was the choice of the ancient rabbis too. For me personally, Chanukah has always been about cherishing the darkness of winter, as well as thinking about how we use energy. But this past Chanukah, with news in the U.S. filled with hate crimes, I started thinking a lot more about the message of self-defense.

Since Trump’s election, I’ve heard of more anti-Jewish incidents than I ever heard about my entire life prior. The astronomically rising rate of hate crimes of all types post-election is not just a facebook effect, but a fact confirmed by the Southern Poverty Law Center and others. Just yesterday, the sign for Hebrew Union College’s library in Cincinnati was defaced with a swastika. Last week, a synagogue in Santa Monica was vandalized, a menorah was turned into a swastika in Arizona, and neo-fascist white supremacists announced they would march rifles in hand on the Jewish community of Whitefish Montana.

Maybe it’s time to learn from the Israeli version of Chanukah, which has always emphasized the Maccabees’ militant national struggle. There are good reasons why the American Jewish community stayed focused on the theme of religious freedom for everyone. It fit right in with traditional American values, and it could be embraced equally by the Jewish right and the Jewish left. But along with the rise in hate, those reasons have crumbled.

Now we will have a populist president, elected with the help of two conspiracies (Russian and FBI), who would undermine religious freedom along with freedom of the press. Now there’s a neo-fascist movement that has surged into prominence by backing Trump’s election. We should be seeing Jews on the right and left unifying to stop Trump’s proto-fascist tendencies. Instead, the already frayed right-left balance of the Jewish world is unraveling. As much as there are Jewish leaders who want to hold Trump responsible, others are tripping over themselves to normalize Trump and work with him. Fundamentally, some Jews on the right are willing to give in on the principle of religious freedom in exchange for access to power.

As long as we have a president-elect who promises to be best buds with Netanyahu, they don’t seem too troubled that the Trump train brings along with it the alt-right neo-fascists. The Zionist Organization of America is in love with the new regime: a president willing to support any action Israel takes, no matter how undemocratic, while stoking fascism in the U.S. David Friedman, the Israeli ambassador-elect, calls Jews kapos if they support the goal of two states for Israel and Palestine. 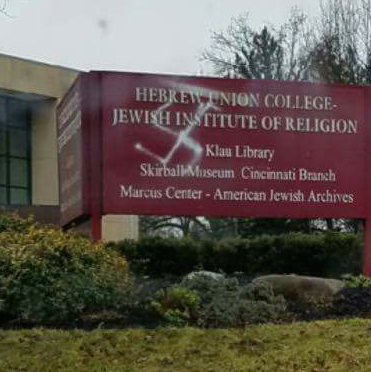 Why isn’t the Zionist right would be more disturbed by the alt-right? I suspect the reason is because an American Jewry becoming more and more scared is beneficial for Jewish extremism. Firstly, a scared Jewish community here in the U.S. means people won’t care what Israel does for or against peace, as long as Israel remains a safe haven for them. Secondly, there have always been Zionists across the board who believed in “shlilut hagolah” – the negation and withering away of the diaspora in favor of the Jewish state. This just “proves” the theory. It’s like a dream fulfilled for some right-wing Zionists.

The result is that some long-held values have fallen quickly and hard in Jewish right-wing circles in the U.S., just as they have in Israel. It’s not only the ZOA. Dennis Prager, who makes his living being a moral scold, dismisses Trump’s manifest ethical failings. Malcolm Honlein, head of the Conference of Presidents of Major Jewish Organizations, co-sponsored a chanukah party in the Trump DC hotel because “it’s closest to the White House.” (Correct translation: it’s an easy way to cozy up to its incoming master.) And Rabbi Marvin Hier, head of the Museum of Tolerance, jumped at the chance to serve as Trump’s inaugural hashgachah (kosher seal). This is the same man who still wants to build a Jerusalem branch of the Museum of Tolerance on a site identified as a Muslim cemetery. It all seems to go hand-in-hand with serving the dream.

That’s no surprise: for years there have been right-wing American Jews who worked hard to establish and normalize fascist-leaning elements in Israel. Why should their efforts be limited to the Holy land, when they can work here to get Israel carte blanche from the U.S. government? If we wanted to follow David Friedman’s lead and label other Jews, we can readily see who is prepared to dance with the enemy.

I’d rather listen to the most honest right-wing Zionist, Zeev Jabotinsky, the founder of Revisionist Zionism. Jabotinsky never drooled on about “a land without a people for a people without a land,” and I doubt he would have tolerated the kind of hypocrisy we see today. Jabotinsky’s honesty led him to recognize Palestinian political aspirations long before other Zionist leaders. That’s why he spoke about the need to build an “iron wall” of military defense to protect Palestinian Jewish communities. According to Jabotinsky, the only way the Arabs, or any people, would ever accept the colonization or occupation of their country, was if they realized they couldn’t win their country back in battle.

I know Jabotinsky’s politics were dangerous. But much of Jabotinsky’s shock value comes from this candor about how Israel would affect the Arabs of Palestine. He understood that achieving Jewish aspirations meant carrying out an occupation – something contemporary apologists for the settlements think they can hide by not using the O-word. Jabotinsky also adamantly opposed expelling Arabs from Eretz Yisrael. Yes, he loved a wall, but it was a metaphorical wall, not a physical one like the wall of Trump’s fantasy. Jabotinsky’s wall simply meant that Jews should have the will and means to defend Jewish communities against attack.

We ought to listen carefully to Jabotinsky, even if the Trump apologists won’t. It’s no joke to say we need to build an iron wall today, to stop fascism in the U.S.

What’s the tachlis though, the practical implication? Jabotinsky said, “Better to have a gun and not need it, than to not have a gun and need it.” I don’t mean to suggest that progressives should all go out and buy guns. But just as we can’t let people on the right monopolize love for Israel, we can’t let them monopolize the idea of self-defense.

I think this means we need to learn how to protect synagogues and other targets (including mosques) from attack. This also means that more progressives should learn to use guns. Of course, I know the counter-arguments, that violence breeds violence, or that we should only use tactics of civil disobedience and non-violence, or that we need our actions to mirror our values. I know there are many non-violent strategies for protecting our communities that should be used first. (Witness for example the Muslims who made a protective ring around a synagogue in Norway.) But rabbinic Judaism strongly supports self-defense. The same rabbis who downplayed the Maccabees’ war also taught us, “If someone is coming to kill you, rise up first and kill them.” (Sanhedrin 72a)

The neo-fascists that dream of race war are typically cowards with weak identities. We want them to be scared of us, which means we should train in self-defense. Jews can’t project who we need to be in the face of fascism, if we only have the refuge of Israel and the skill set of the ADL to fall back on. Love and solidarity can accomplish a lot, and we need both. But Trump has released a malevolent genie, and we need to be ready to force it back into hiding, by any means necessary.

This isn’t the first time I’ve thought about this. After the 1994 Hevron massacre committed by Goldstein, sh’r”y (“may the name of the wicked rot”), I was organizing vigils against extremist Jewish violence in New York. At one of those vigils, I met a counter-protester, Mordechai Levy of the Jewish Defense Organization. 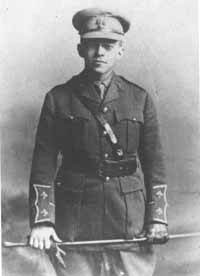 Levy and I had many spirited conversations over a series of political events. What struck me was that he combined talk about attacking fascists with vehement rejection of racism. Sort of the inverse of the Jewish Defense League, which combined violence with passionate racism and fascism. After much cajoling from Mordechai, I attended a gun training. I didn’t learn how to shoot in one session, but I stopped being afraid to learn.

Now may be the moment to do so. It’s better to know how to shoot a gun and not need to, than to need to shoot a gun and not know how, to amend Jabotinsky. That aligns with another of his slogans: “Jewish youth, learn to shoot!” We need to be able to defend synagogues, communities, and Jews against attack, and we need to be ready to defend people in other targeted communities. But does that mean we can reunite the Jewish community around the value of self-defense? I don’t think so. First of all, committing to help defend other communities against hate means downsizing the nationalist element of self-defense. Second, I doubt we can count on right-wing organizations like the ZOA or Jews like David Friedman to work with us and defend us, because they are the ones flirting with fascism who call us kapos.

The Talmud chose to tell us only one thing about the Maccabees’ war: there was a miracle when oil enough for one day burned for eight. In the American version of Chanukah, we celebrate the earliest recorded struggle for religious freedom. Now we need to give attention to the other dimensions of Chanukah as well, and to remember that self-defense is a mitzvah. And defense of the land against fascism – the land of America and the land of Israel – is a greater mitzvah, because it means defending our neighbors and civilization along with ourselves.

Responding with love must always be a first line of defense, but it can’t be the last line. Does that mean learning to shoot? Maybe for some. But here’s what it does mean: not compromising, not normalizing.

Fascism in Israel is being strengthened by fascism in the U.S., and vice versa, irrespective of the fact that anti-Arab sentiment can seem at odds with anti-Jewish sentiment. The actions of both David Friedman and Steve Bannon will clear the way for worse elements to seize the stage. Their aim is the same: to destroy the middle. However we fight them, however we fight the alt-right, we need to aim back.

This article is based partly on an article I published in the Forward about Chanukah. Here are some links to learn more about Jabotinsky: