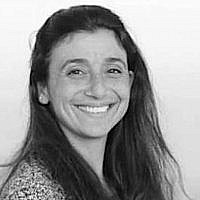 The Blogs
Miriam Tekuzener
Apply for a Blog
Please note that the posts on The Blogs are contributed by third parties. The opinions, facts and any media content in them are presented solely by the authors, and neither The Times of Israel nor its partners assume any responsibility for them. Please contact us in case of abuse. In case of abuse,
Report this post. 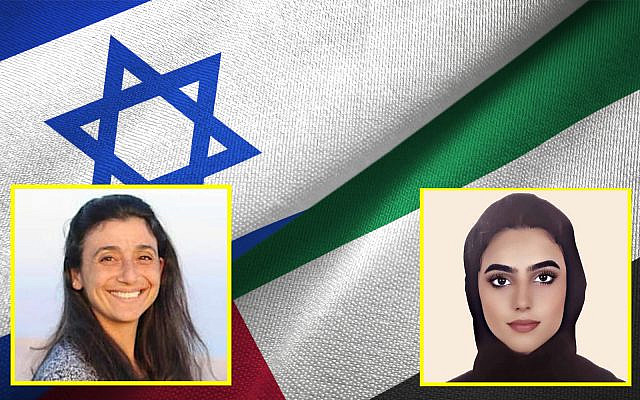 With the end of the first month of the Jewish calendar, you can feel new beginnings in the air. Last week, the Israeli cabinet voted unanimously in favor of the peace agreement between Israel and the United Arab Emirates, the Knesset, Israel’s Parliament then overwhelmingly approved the deal, and on Thursday the Government is due to give the agreement its final ratification. Earlier, Prime Minister Benjamin Netanyahu and UAE Crown Prince Mohammad bin Zayed spoke on the phone for the first time since the peace treaty signing on the White House’s South Lawn, and Israelis are very excited over the prospects of an official visit by the UAE delegation.

As an Israeli who has lived my whole life in Jerusalem, peace deals with Arab countries always felt a bit out of reach. I too was glued to the television on September 15th as our country’s representatives signed the peace treaty that revealed a relationship long in the making. For us Israelis, the signing represents a new era, a time when we can look past differences and towards a future of establishing ties, which will include a series of bilateral agreements on investment, tourism, health care, culture and many other areas.

But the truth is, to understand the meaning of these agreements with both the UAE and Bahrain, we need to look back to the extraordinary events of 1967.

Two months after the Arab defeat in the June 1967 war, the leaders of the Arab states, led by Egyptian leader Gamal Abdel Nasser, met in the capital of Sudan, Khartoum. In this meeting, “The Three No’s” were declared: No peace with Israel, no recognition of Israel, no negotiations with Israel.

READ: An Emirati perspective on the UAE-Israel peace agreement

The Arab world is known for not making peace or agreements from a point of weakness, which explains why the Arab countries were so determined not to come to any agreement with Israel in 1967. That idea started to change after the death of Abdel Nasser. With his death, the idea of the United secular Arab countries began to fade. When Sadat enhanced Egyptian nationality, he stepped closer to the United States and farther from the Soviets. One of the first steps was to approach Israel, and that can’t be done from a place of defeat. That led to the 1973 October war. Even though Israel eventually recovered, it was not considered a victory. That move led Sadat to sign the first peace treaty between Israel and an Arab country, the 1979 Camp David Accords.

This deal was the first to break the stalemate of 1967, and later paved the way to peace agreements with Jordan and the PLO. But the move that really changed the Middle East was the Arab Spring of 2010-2011. People went out to the streets calling for bread, justice, freedom. Governments changed, approaches changed and, for the first time, countries were looking through different glasses at what is best for their people and for the development of the country.

While the situation in many countries in the Middle East is unstable, with civil wars and changing governments, Israel is considered a very stable country — our Prime Minister Benjamin Netanyahu has held the position since 2009. The Israeli economy is leading and Israel is considered a highly advanced and developed country. On the other hand, the UAE has been a unique model of development in the region, and a powerful symbol of peace and security.

All the above led the UAE, Bahrain, and Israel to the historical moment on September 15. The signing of this agreement is essentially the UAE saying that Israel isn’t part of the problem — it is a part of the solution. This agreement heralds a new era, not only on a political level — it’s not just to stop Israel from annexing the West Bank — but an era where The Three No’s are put aside, and the Arab countries see Israel as a stable partner, leading to other countries looking into peace agreements with Israel. These agreements will lead to partnerships in technology, medicine, military, finance, tourism and many other aspects.

As an Israeli, I have dreamed of the day when we would have peace with our neighbors — days when we can get on a plane and visit Arab countries that have such similar cultures to ours. A day where I can guide my Emirati friends in Israel and bring them to visit Jerusalem — and now the day has come.

We are just past the holidays here in Israel and in the famous Israeli song that we sing, we say that right after the holidays, changes and good things will come. This is the first step of a new future, a better future for us, our children, our countries and the world.

This post is written in tandem with a piece by Emirati researcher Elyazia Jasim AlHosani expressing her view on the Israel-UAE agreement. The posts have been cross-published to the UAE-based TRENDS website.

About the Author
Miriam Tekuzener is a Jerusalem-based tour guide and educator for educational trips to Israel. She is an advisor for the Israel engagement site, iKonnect, and conducts political tours and lectures together with Noam Bannett.
Related Topics
Related Posts
Comments