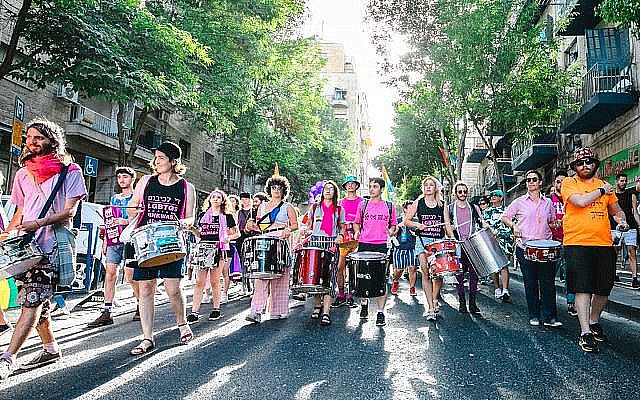 It was twenty-five years ago when the Jerusalem Open House for Pride and Tolerance first put out its welcome mat, setting up shop right in the center of the city. After years of activism, the founders were officially dropping anchor, marking their presence on the city landscape.

I remember visiting the Jerusalem Open House (JOH) that first year, in its 3rd floor location right on the city’s main pedestrian walkway. I can still distinctly recall the space and how you could sense that it offered a sanctuary of sorts amidst a city full of spiritual sites. For some, it was simply a place to drop in to socialize and hang out; for others, it was a life jacket to help stay afloat in a sea of homophobia and religious conservatism. 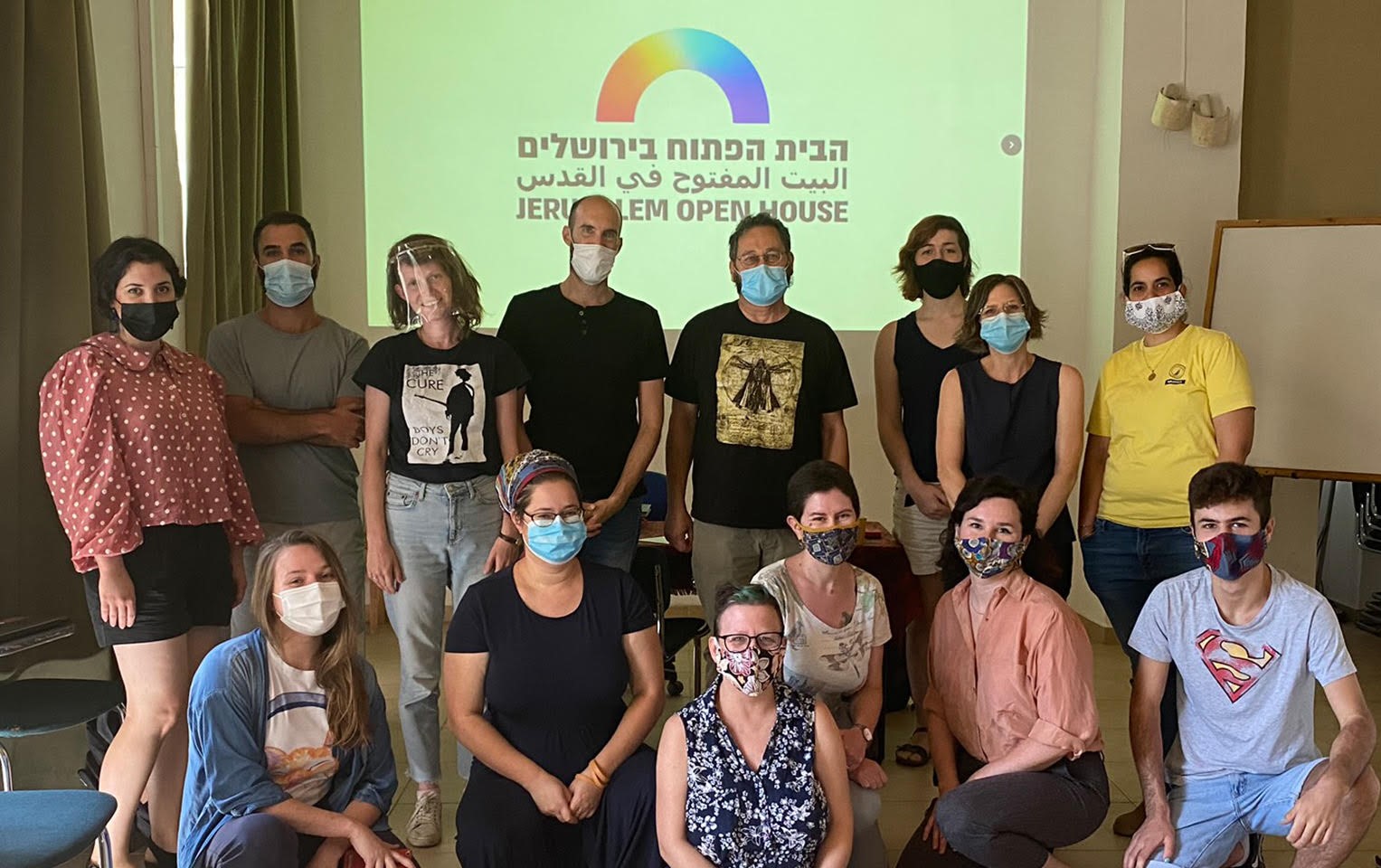 A meeting of the JOH staff with Jerry Levinson, one of the founders, in 2020. Jerry gave a discussion about the history of the JOH and the progress of Jerusalem’s LGBTQ+ community over the past 23 years. Summer, 2020. Photo courtesy of the JOH.

All these years later, and in keeping with its early beginnings, the JOH remains at the heart of Jerusalem’s LGBTQ+ community. It maintains an open tent policy – offering a network of social support along with health, counseling and wellness services that are accessible to everyone. Their history and origin story remain an integral part of their identity, especially if you view organizations as I do, with their own personality, shared language and life cycles. 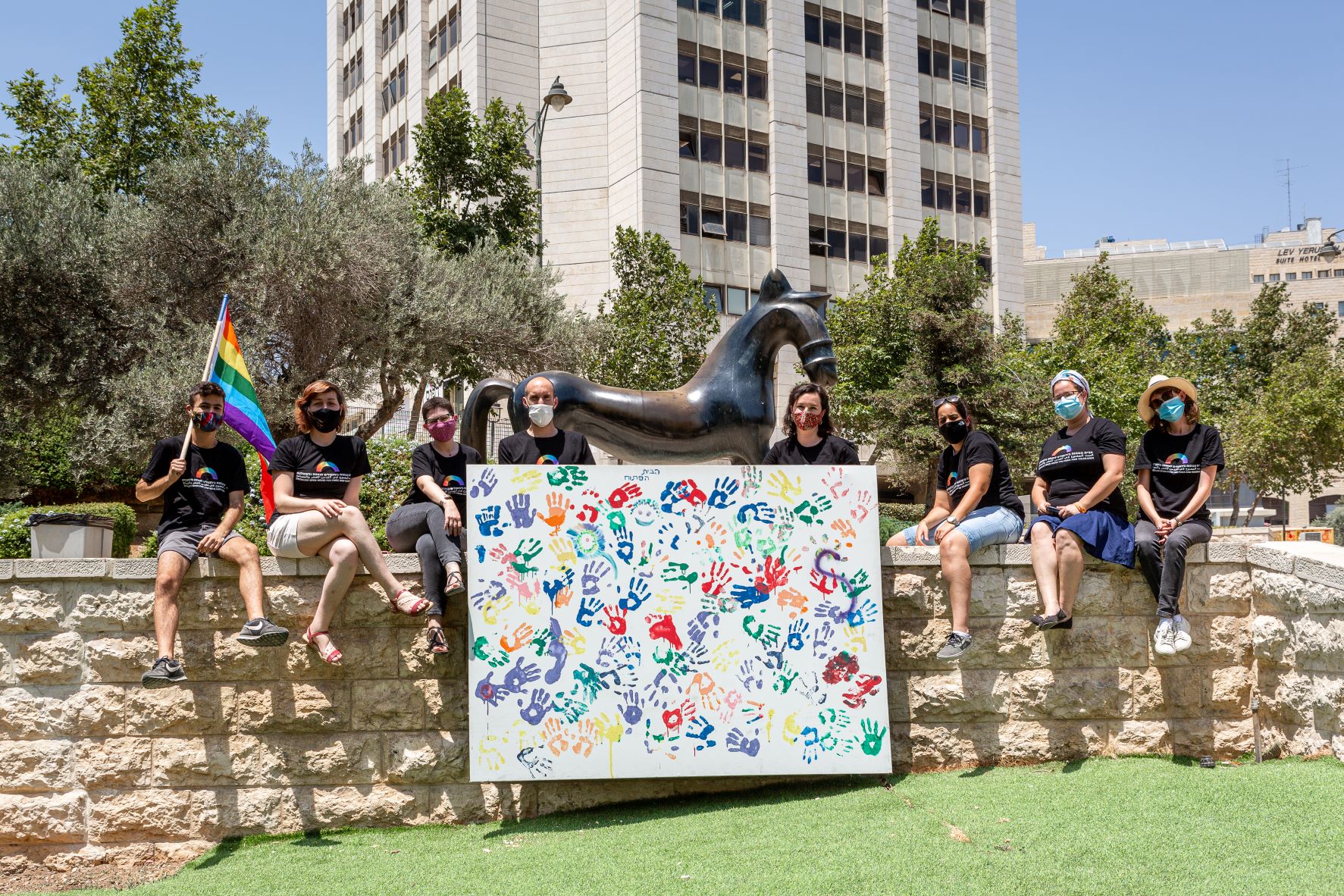 The JOH staff announcing the new location of their offices on Shmuel HaNagid Street after outgrowing their HQ on Soreg Street. As they write: ‘We’re taking time to feel the warmth, love, and memories we created at the previous Open House (and the one before that, on Ben Yehuda, remember?).’ July 2020. Photo Credit: Daniel Rachamim.

You can easily gain a sense of JOH’s cultural tapestry just by checking out its website, with the many tributes to its past leadership. The current Executive Director, Alon Shachar, the organizational team, and the legions of volunteers are continuing the work in the same spirit started decades ago. It’s in the organizational DNA. They courageously advocate on behalf of the LGBTQ+ community, delivering a narrative and offering a future that opens up many more possibilities for choice.

The JOH narrative is one that is much needed – a message that counters the one of shame, alienation and insecurity with a message of joy, belonging, intimacy, health, safety and abundant community. 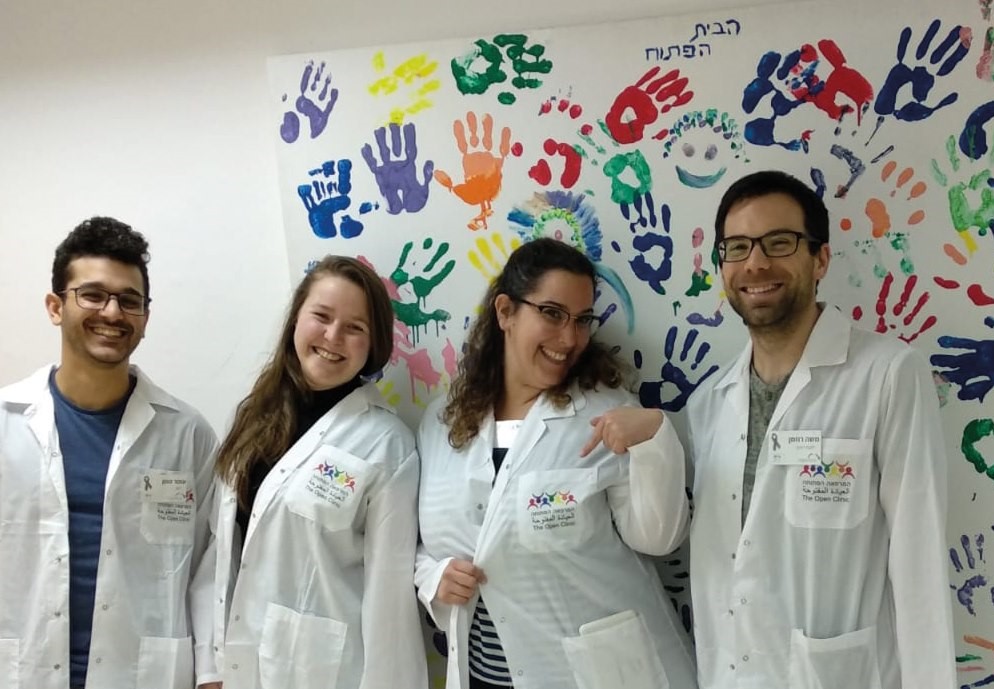 A reminder sent out on social media of the anonymous and quick HIV testing available weekly at the JOH, a service that it has provided for the past 15 years. Additionally, the JOH provides low cost counseling with a team of therapists and social workers Summer 2021. Photo courtesy of the JOH.

Still, we are talking about Jerusalem. There is little competition with Tel Aviv here, widely considered as one of the most gay-friendly destinations in the world. LGBTQ issues in Jerusalem are caught in the ongoing battles between moderation and extremism, tolerance and hate. The tragedy of Shira Banki, a 16-year girl who was stabbed by an Ultra-Orthodox extremist at the Jerusalem LGBTQ+ Pride March in 2015, is a stark and constant reminder of this.

Collective grief over the loss of Shira’s life has propelled many more into action, with Shira Banki’s Way and scores of other organizations continuing to work on building a more tolerant and pluralistic city. 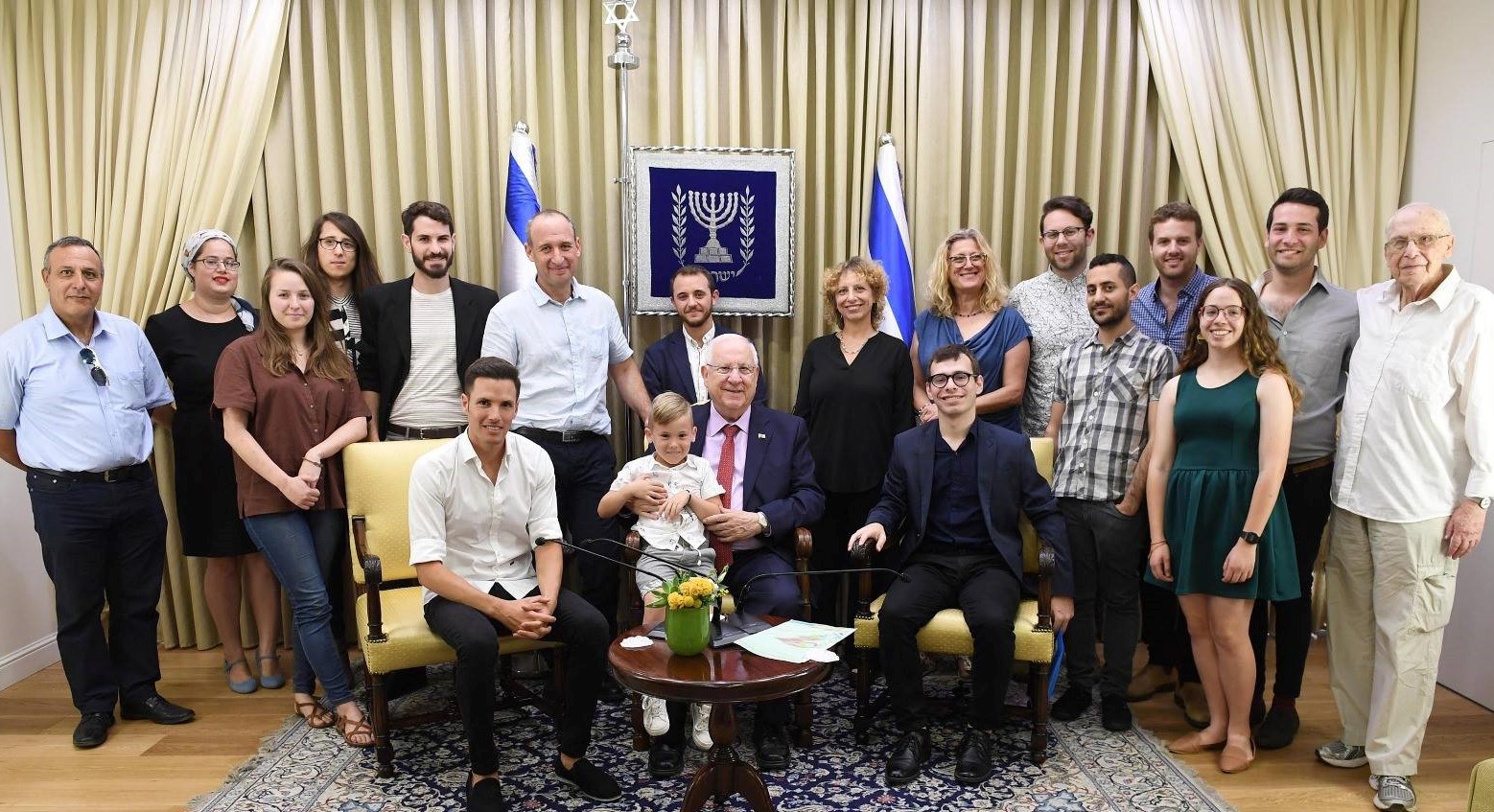 A meeting with the JOH leadership with then President of Israel, Reuven Rivlin, to introduce the Jerusalem Pride March 2018, along with Uri Banki, father of Shira Banki , and the family of Amir Fryszer Guttman, a well-known LGBT rights activist who died in 2017. Summer 2018. Photo Credit: Mark Nyman.

And the JOH, along with a growing network, continues to forge a path that gives everyone a bit more breathing room and a bit more freedom to understand how they want to move through the world. 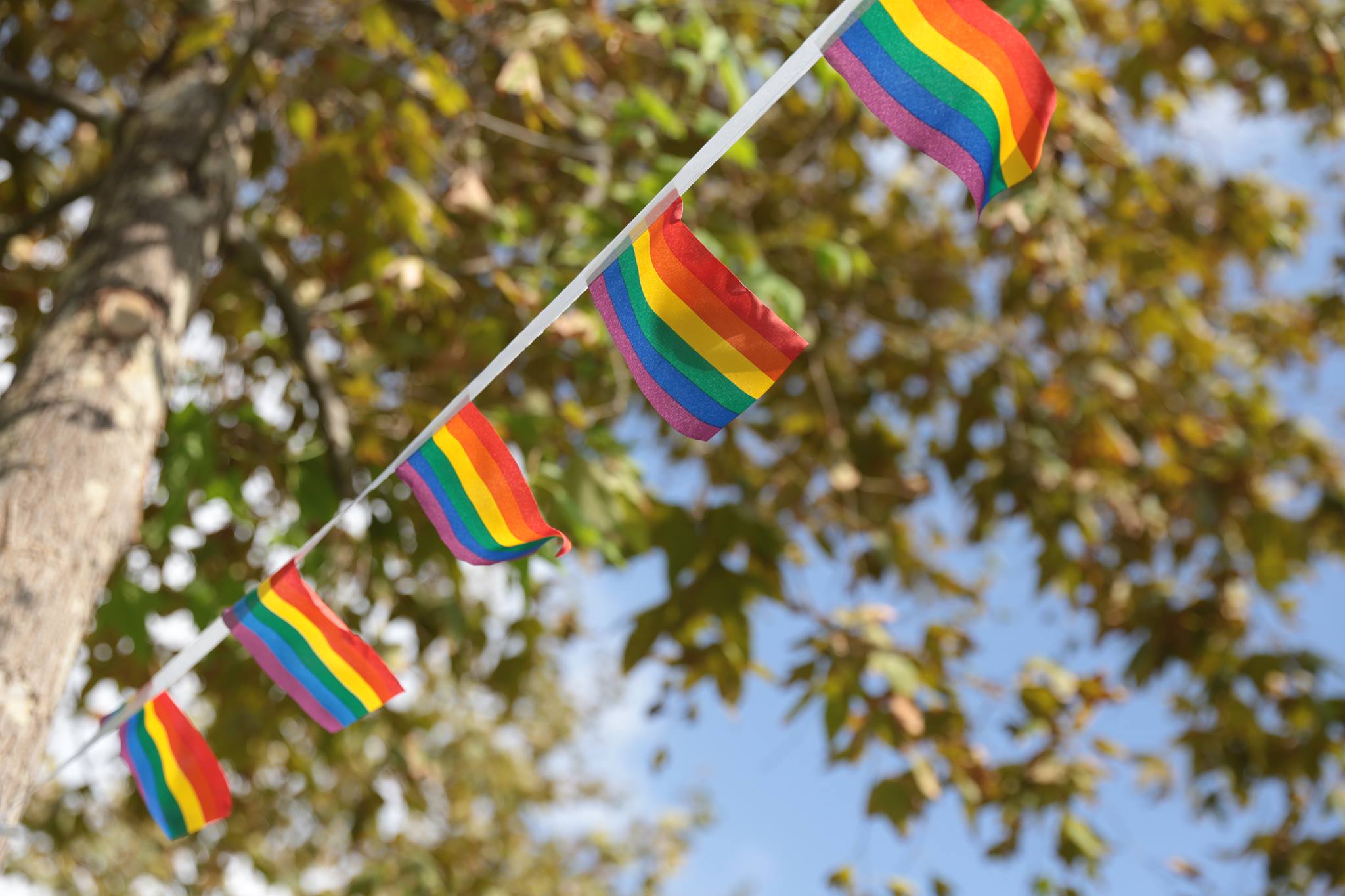 Today, kids in Jerusalem are growing up with many more opportunities to better understand their sexual orientation and gender identity.

The JOH regularly partners with organizations like Israel Gay Youth (IGY) and Hoshen, which focus on educational outreach and storytelling, as well as with Bat Kol and Havruta, which work closely with the Jewish religious communities. In terms of advocacy, the JOH carefully maintains direct connections across Israeli political spectrum, as reflective of its diverse community in Jerusalem, with numerous regulatory and budgeting accomplishments over the years. And the JOH is also able to amplify its voice nationally together with other LGBTQ+ organizations in a coalition led by the trailblazing nonprofit established back in 1975 – the Israeli National LGBTQ Task Force, the Aguda. 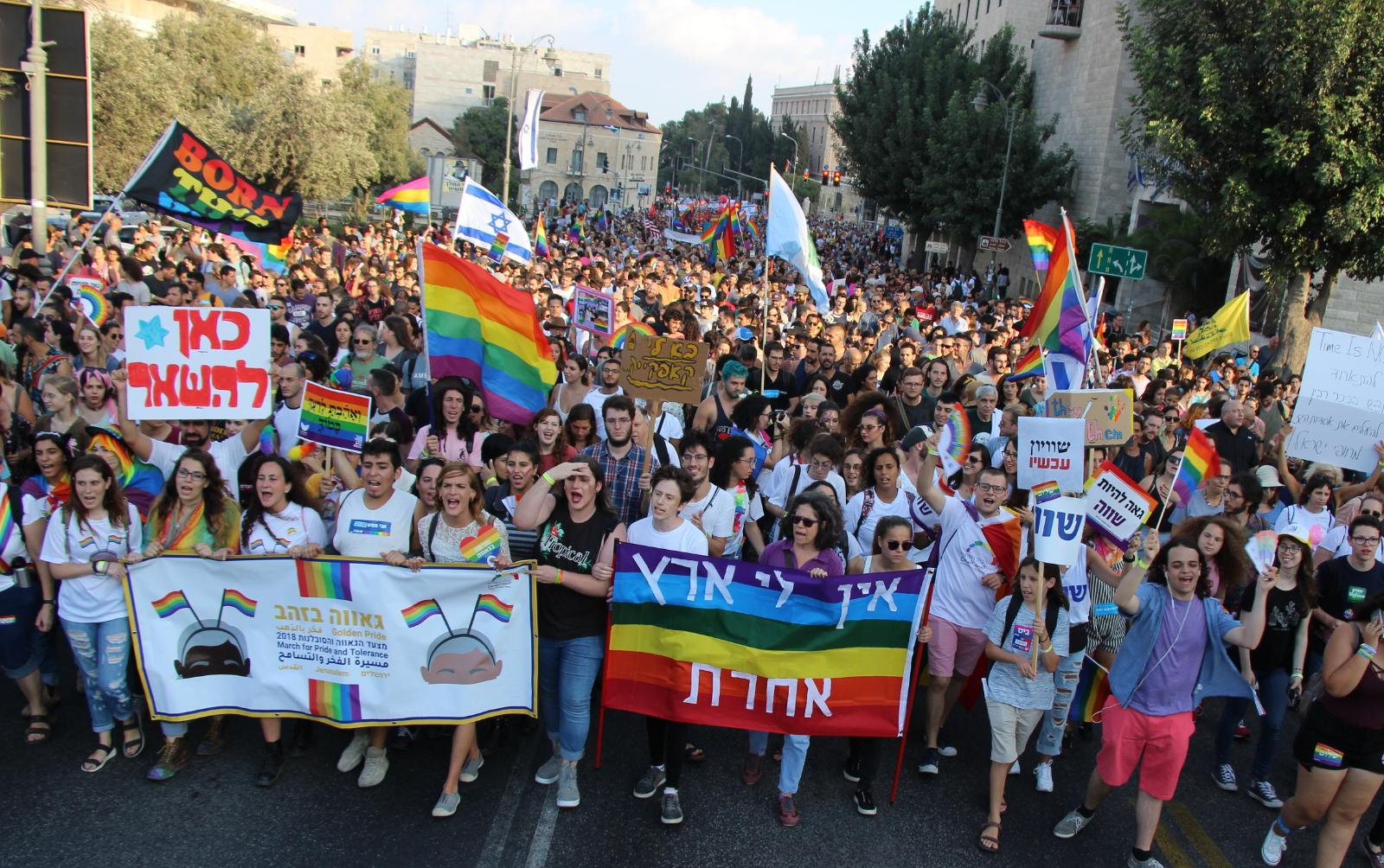 The Jerusalem Pride March, in 2018, which made history – with more than 30,000 people marching with the LGBTQ+ for pride, for tolerance and equality. As has been done each year since 2016, the event began with a ceremonial prayer for Shira Banki. Summer 2018. Photo Credit: Adi Menashe.

So while there is certainly great progress, it can, at times, feel tenuous. In Jerusalem, just as in in many more traditionally conservative communities around the country, there is the potential threat of verbal and physical harassment against identifiably LGBTQ+ individuals. In recent years, violence and hate speech has continued to tick up, partially due to the pandemic -with the frequent lockdowns in close quarters leading to higher numbers of youth who were forced to leave their homes. With the risks involved, safety still remains an ongoing concern for the LGBTQ+ community in Jerusalem. 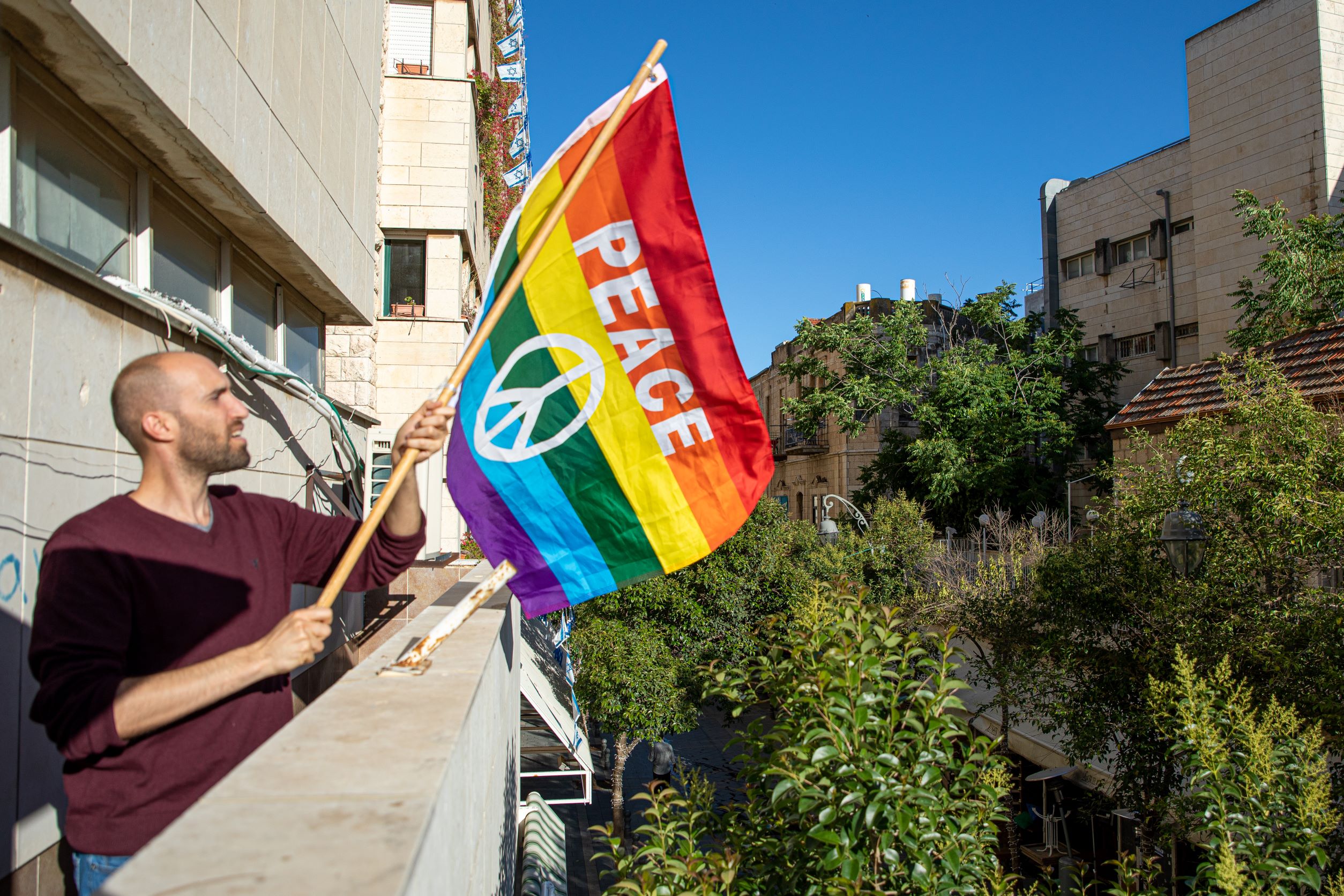 The JOH works on ‘painting Jerusalem in the colors of the rainbow’. In last few years, and as a response to incidents of severe LGBTQ-phobia, everyone is invited to take part and hang a flag of support on their balconies. Fall 2020. Photo Credit: Daniel Rachamim.

Over the years, the JOH has always been conscious of this balance between visibility and privacy for members of its community who are receiving services. Their thoughtfulness is reflected in their selection of location as well. As Alon Shachar explains, the JOH’s headquarters are easily accessible in the center of the city and by design, are located in a multi-purpose building. This way, LGBTQ+ individuals who otherwise might be reluctant to visit are able to do so discretely. 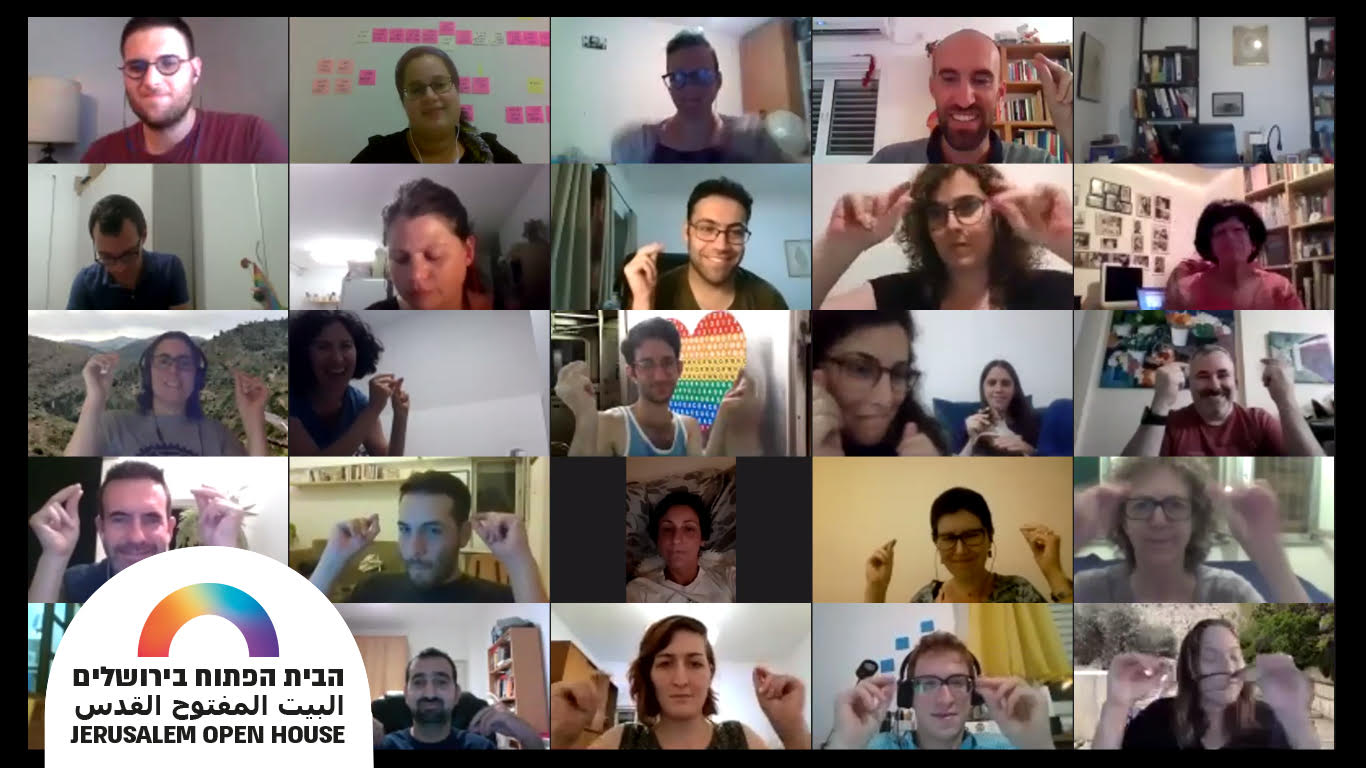 An online meeting of the Open House’s Summer Assembly. The general assembly meetings preserve the democratic nature of the JOH, whose model is based on on membership and active voluntary engagement, and votes on key issues such as Board membership and bylaws. Summer 2020. Photo courtesy of the JOH.

The anchor that JOH founders first dropped 25 years remains solid. And by establishing a home base, JOH has allowed countless individuals over the years to feel more at home with themselves. It is an organizational legacy, the most generous kind of endowment to an entire generation that in the end, serves everyone. After all, we could use the reminder -for ourselves, for those we love- to show up fully in our own lives.

So yes, when you first arrive at JOH, you may need a moment or two to get yourself situated… But then you will see its comforting symbol and know that you are in the right place. The rainbow flag will be there in the window, flying high, in the most vibrant kaleidoscope of colors imaginable.