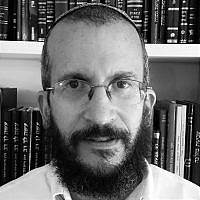 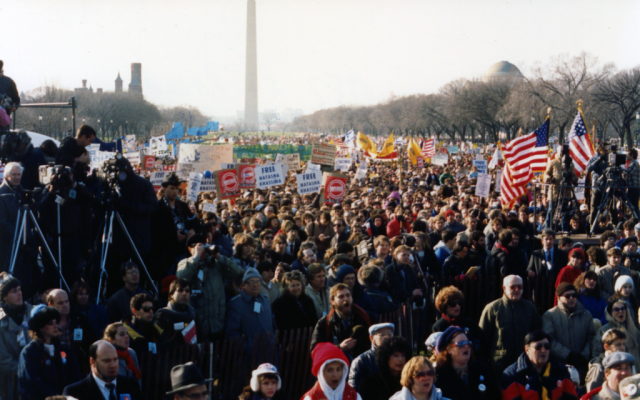 On the eve of Mikhail Gorbachev's first visit to the US in 1987, 250,000 activists marched on Washington DC to demand freedom for Soviet Jewry. (Courtesy of the National Conference on Soviet Jewry)

Over the last number of years, the involvement of American Jewry in Israel has been hotly debated in the halls of a number of Israeli institutions, from the Knesset to a wide range of non-profit organizations.

Indeed, many Israelis attempt to shut down the voices of American Jewry by claiming, “we serve in the army, we pay taxes … stay out of this …”

As in most issues, there are complexities that are worthy of legitimate debate.

But regarding one particular topic the debate is, in my opinion, significantly clearer: freedom for (former) Soviet Jewry, a mission which, unfortunately, has not yet been fully accomplished.

More than a quarter of a century ago, the Jews of the Soviet Union were freed en masse in no small part thanks to the efforts of American Jewry. On a personal note, I participated in my first demonstration to free Soviet Jewry, organized by the Jewish Federation of Greater Washington, DC, in the 1960s at the age of 8. Growing up in DC, I believe I missed not a single demonstration until the iron curtain finally fell, bringing over a million new immigrants  to Israel over the last quarter of a century.

At those demonstrations, we chanted at the top of our lungs, “What do we want? Freedom!! When do we want it? Now!!”

Sadly, more than 350,000 of the million who made aliyah and their children (who are now young adults) are not free to marry in their own country, the State of Israel. Because Israel’s Chief Rabbinate has a monopoly on marriage, and these 350,000 citizens can either not prove they are Jewish according to the draconian demands of the Chief Rabbinate, or they are “only” Jewish in their essence but not according to Halakha, they are treated as second class citizens by their own government.

Our job is not over until they are treated equally, together with all other citizens.

As a fierce proponent of freedom of religion, I do not believe the Chief Rabbinate, as much as I sharply disagree with their approach to Halakha, should be forced to officiate marriages of those they deem not Jewish, nor convert those they deem unworthy of conversion.

But they can’t have it both ways. There must be other options to marry in the State of Israel beyond the Chief Rabbinate. It is axiomatic to a democratic Israel that every citizen should have the right to marry in a ceremony according to their own beliefs: ultra-Orthodox, Orthodox, non-Orthodox, and for those who have no interest in any form of religious ceremony whatsoever – civil marriage. Religious coercion is simply wrong and it accomplishes nothing but driving more and more Jews away from Judaism.

Although recent studies have shown that the large majority of Israelis are in favor of marriage reform in Israel, the nature of the country’s coalition politics makes legislative change near impossible for the foreseeable future.

What then is the solution?

Fortunately, there are currently grassroots efforts of a wide range of organizations working to establish alternatives to the Chief Rabbinate — from civil marriage ceremonies, to Reform and Conservative weddings, and even a non-coercive Modern Orthodox initiative offering Halakhic weddings outside of the framework of the Chief Rabbinate.

It is through your continued and growing support of these initiatives in Israel that you can make a difference and complete the mission of granting freedom to Jews from the Former Soviet Union, including the freedom to marry.

May you continue with great passion and success in your sacred work!

About the Author
Rabbi Chuck Davidson is an Orthodox rabbi working to promote freedom of religion in Israel. Among his activities toward that end, Rabbi Davidson has led efforts to create alternatives to Israel's Chief Rabbinate in the fields of marriage and conversion to Judaism.
Related Topics
Related Posts
Comments
Advertisement