Israel is currently facing existential challenges which are going to determine the trajectory of the country for decades ahead.

These challenges are far more fundamental and pressing than any political-ideological differences that exist between the diverse political parties in the bloc. They are challenges that threaten the very essence of our country’s welfare and character for generations to come.

1. Never before has Israel faced the prospect of reversing a budget deficit of 174 billion shekels. Not since 1984 has Israel faced an economic crisis so critical that it threatens to rock the very foundations of the country’s economy which would cripple its ability to provide for the weakest sectors of our society – the elderly, the handicapped, and the destitute. If no solution is found for 800,000 unemployed, hundreds of thousands of families will find themselves below the hunger line – and the socio-economic repercussions that will follow are truly destructive. And, with such a huge budget deficit, the country would not have the resources to provide the necessary mechanisms to deal with them.

It seems insurmountable. An Everest. Too imposing to climb.

2. Undeniably, the one single factor that has caused the formation of this diverse “Bloc for Change”, is Netanyahu’s corruption. It is more than the affront to our sensibilities that a man who is so corrupt, can demonstrate not one ounce of public responsibility and relinquish his position. It is more than the nauseating sense of entitlement that allows him to not even consider how indecent his acts of self-service are. It is more than feeling almost physically defiled, when he unashamedly, unapologetically, and brazenly – and consistently – places his personal interests above the dire interests of the country. And he doesn’t even care. It is more than the fact that every time he does this, it is a breach of public trust; when the public elected him, they entrusted him to safeguard the country’s interests, and thus every time he chooses his own interests before the country’s, he is breaching that trust.

He has precipitated four elections in two years while knowing that he is the obstacle that is preventing a stable government from being formed, fully aware that the economic and political instability it causes, is detrimental to the country. Choosing to hold us all hostage and doing it anyway, cannot be interpreted as anything but a breach of trust.

I will say it: Netanyahu is corrupt. His corruption may not meet the legal threshold to indict him, but there is corruption in every instance where he leverages the power of his elected office for his personal gain, whether it be monetary or not. Whether it is eliciting “gifts” on a regular basis and failing to report them to the State Comptroller, or negotiating with the owner of a major national newspaper to receive more favorable coverage, with the quid pro quo being to use his position to hobble the competition – it is corrupt. When he makes decisions without consulting the ministerial and professional echelons, using his authority as Prime Minister, and that decision generates a personal profit to himself or members of his family circle, it is corrupt. Regardless of whether he will be investigated, and indicted or not. All these acts point to abuse of the power entrusted to him by the people.

The extent to which he will go to avoid standing trial has become intolerable. And this is what has motivated people who would ideologically be his allies to renounce him. 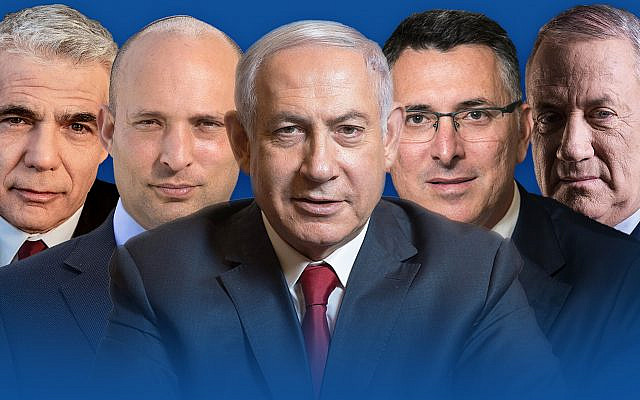 Netanyahu, or the Bloc for Change?

But it is not only that. Netanyahu’s lasting legacy is the extent to which he has corrupted the whole political system and with it public service. Power corrupts, and it is contagious. The sense of entitlement that allowed Edelstein, Galant, Regev, and Gamliel to flout the laws they themselves imposed upon us during the Coronavirus crisis – as if they didn’t apply to them – is a direct result of Netanyahu’s behavior and influence. And the fact that not one of them was censured gives all elected officials the license to believe that they are entitled. It has gotten to the point where we no longer even have the expectation of our elected officials that they will be imbued with a sense of obligation to serve us – that they are our emissaries, not our lords. And that is the existential challenge of his corruption. When the system is rotted through, the people lose faith in the system and the social contract between the people and their representatives unravel. The end result – if it is not halted – is anarchy.

3. For more than a decade we have been witness to the incessant erosion of our societal values. They threaten to uproot the very structural pillars of our society which not only define our political framework, but also the character of the country. When these pillars collapse, the country collapses with them.

a) For twelve years, Bibi Netanyahu has built razor-thin, narrow coalitions with parties who have radical, extremist agendas. Whether those agendas are religious, or nationalistic (or both), they are destructive to the democratic character of our country. And in order to stay in power and maintain his coalition, he has capitulated to their extortionate demands time and again, thereby enabling them to satisfy their unbalanced, sectoral interests at the expense of the country’s majority’s national interests. The result is that these small parties dictate the government’s policies – the tail literally wagging the dog.

b) The only obstacle that stands in their way is the Supreme Court. And what we have been witnessing for years now, is a campaign to undermine not only the authority of the courts, but the very credibility of their decisions – which in turn undermines the public’s confidence in the Court to perform its job, to arbitrate and make decisions based on the law, and legal precedent. It undermines the public’s belief that the courts can administer justice. Consider: If the public has been convinced that the Court has no credibility to make decisions on politically charged issues, whence the expectation that they will still have confidence in its ability to administer justice on civil and criminal issues? After all, it is the same Court.

And therein lies the existential danger: When this pillar collapses, what follows is chaos and lawlessness. And for society as fractured as ours, that is extremely dangerous. It threatens its orderly existence. 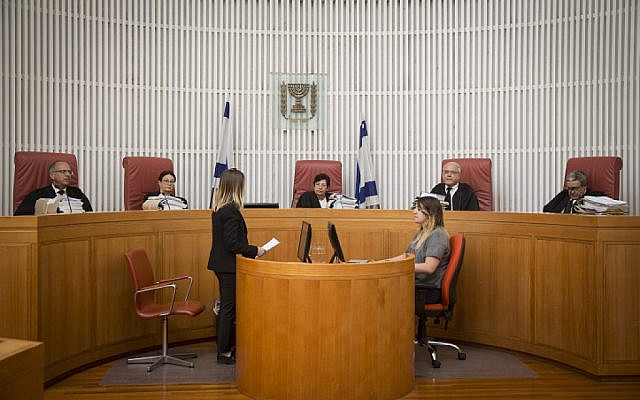 c) However, this is only the preparatory stage. The reason why there is a concerted effort to discredit the Supreme Court and the Judiciary is to strip it of its independence making it effectively subservient to the Legislative branch. And, since the legislative branch, which has been dominated by the Likud and its coalition partners for the better part of a decade, is itself indentured to Netanyahu’s whims, this means that Netanyahu (along with his extortionate partners) would be able to legislate whatever they like, without the Court having the ability to strike down laws which are either unconstitutional or prejudicial to the rights of individuals and minorities. Including immunity for himself. There would be no separation of the branches of power, and Israel will have slid into despotism without anyone noticing. A democracy no more.

To be able to grapple with these issues requires a united, concerted effort across the political spectrum. I believe they transcend all ideological differences. They threaten Israel’s existence – and whenever Israel’s existence has been in jeopardy, we have always been able to come together in solidarity to overcome what seem insurmountable obstacles.

Netanyahu is incapable of dealing with these issues – not only because he is the cause of many of these problems which have burgeoned out of control, but because he has proven by his actions that his personal interests supersede these imperatives. When his first act as Prime Minister of the newly formed unity government was to negotiate a tax rebate of one million shekels, while hundreds of thousands of businesses were collapsing and over one million Israelis were unemployed, he proved he is incapable. When we reached 10,000 infected and hundreds dying per day, and he still gave concessions to his political partners out of political consideration and his need for their loyalty, even when it was clear that those communities were the engine-room of the growing infection rate, he demonstrated that he does not have the presence of mind with his impending trial and all, to handle crises of such magnitude.

That is why you need to find a way to unite!

There has been no peace process with the Palestinians to speak of for 10 years. With the challenges Israel is facing today, we have more fundamental things to worry about.

As for annexation? Besides it not being a realistic alternative right now, are you telling me that settlements are the priority? Really?

Israel, like the Titanic, is sailing in the shadow on not one – but three – huge icebergs in its immediate path, threatening to sink it. Allowing these divisive issues to prevent the formation of a viable emergency coalition to extricate us, is irresponsible. If the economy implodes, or if the violence in the Arab sector overflows into Jewish cities and bullets start to fly in Tel Aviv or Haifa, we are all going to suffer. Who is going to care about whether you sat with “Arab parties”, or “Left”, or “Right”?

It is possible to agree to a moratorium, clearing the way for a coalition to be formed for a designated period of time to allow it to confront these challenges.