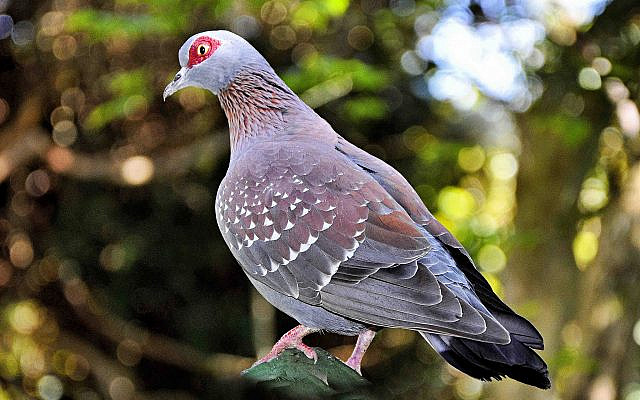 Disorientated or just looking for lunch? (Free to Use Photo by Frans Van Heerden from Pexels)

Owners of the missing birds have appealed to anyone finding a disorientated pigeon to look after it. The bird should be fed, given water, and allowed to rest. It was not clear how a passer-by would know that the pigeon was ‘disorientated’. Are we to see pigeons dragged off the streets, given an entirely inappropriate supper and tucked up in bed with, horror of horrors, a feather-filled pillow.

While some enjoy good relations with our feathered friends, pigeons can be a major problem.

Some years ago, as Mayor of London, Ken Livingstone described the pigeons as “flying rats”. They were causing significant damage to Nelson’s Column.

In an attempt to deter the pigeons, two Harris hawks were brought in to patrol the skies and scare them away. This was successful and the pigeon population fell sharply. The hawks, however, do not work for nothing, even though they get a free lunch, and take £60,000 a year from the public purse. It is not known what the hawks do with their money.

Back in the 1950s, the United States Fish and Wildlife Service was less concerned for the pigeons’ wellbeing and started a campaign to reduce their numbers with strychnine-treated corn. In protest, Tom Lehrer came up with his famous song Poisoning Pigeons in the Park.

The missing pigeons would do well to avoid Israel. They were used as sacrificial offerings in the Temple of Jerusalem and are most definitely kosher. They are tasty and highly nutritious. The BBC offers many recipes for pigeon dishes. How about pan-fried pigeon breast, wild mushroom and beetroot salad for tonight’s supper?

We can be sure that the missing pigeons have not gone off for a dirty weekend. Unlike UK cabinet ministers, pigeons mate for life.

Many breeders are blaming atmospheric conditions. It is possible that a solar storm above has created static in the atmosphere that has upset the pigeons’ built-in GPS. But I suspect that it will not be long before we get the standard explanation for anything and everything — Climate Change.