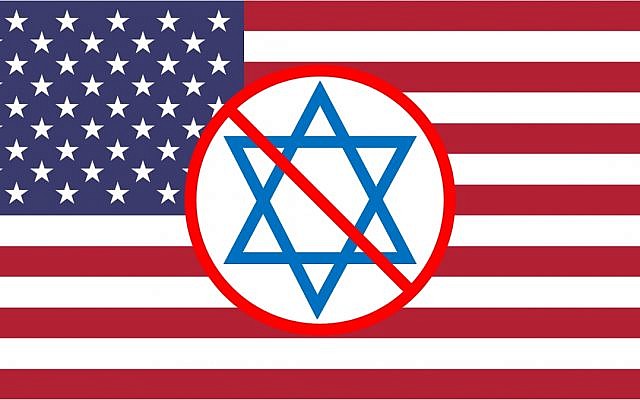 John Fitzgerald was another anti-Semite and Holocaust denier who ran as a Republican, this time in California. Again, we heard the same excuses from Republicans.

But the Democratic Party went one step further than the Republican Party. Not only did they allow anti-Semitic candidates to run under their banner, but some of those candidates were elected to Congress, such as Ilhan Omar and Rashida Tlaib. And despite their anti-Semitic behavior, they are still in the Democratic caucus.

Just like the Jews of Europe in the 1930’s and increasingly the Jews of Europe today, the Jews of America are becoming an acceptable target for politicians. The excuses for anti-Semitism start small and plausible, and they keep getting bigger and less plausible. Where will it stop? Since neither party has a mechanism to reject unsavory candidates, how will they stop a growing number of anti-Semites from running and getting elected under their banners?

When will anti-Semitism be too much for them to tolerate? When will both Republicans and Democrats decide that they need to reform their parties so that they have the tools to remove the cancer from within their ranks? Considering that neither party needs the Jews to win elections, maybe never. They may instead become increasingly desensitised.

There are already almost as many Muslims as there are Jews in America, and Muslims will overtake Jews sooner or later. Defending Israel is already a liability for Democratic candidates, and as we saw in the statements of Presidential contenders on the recent “anti-bigotry” bill, and as we saw in the wishy-washy wording of the bill itself, even defending American Jews has become an exercise that Democrats who hope to be elected must only undertake with caution.

Presidential contender Bernie Sanders apologized for supporting the bill by saying, “We must not, however, equate anti-Semitism with legitimate criticism of the right-wing, Netanyahu government in Israel”. What do accusations against Jews of dual loyalty and accusations against Jews of buying politicians have to do with the Israeli Prime Minister? It is particularly disturbing that a Jewish politician such as Sanders felt the need to grovel and twist the facts to make his vote against anti-Semitism palatable to his voters.

The disgraceful behavior of the Democratic Presidential contenders is made even more outrageous by the fact that the bill had been watered down to the point of total irrelevance. As the New York Post wrote, “It started as a resolution condemning anti-Semitism. Then, anti-Muslim bias was added in. After that came white supremacy. And by the end, it cited “African-Americans, Native Americans, and other people of color, Jews, Muslims, Hindus, Sikhs, immigrants and others” victimized by bigotry”.

None of this was lost on the Republicans, of course, who seemed to forget that they had allowed openly Nazi and Holocaust denying candidates to run under their banner. Without missing a beat, President Donald Trump called the Democrats “anti-Israel” and “anti-Jewish”.

Some senior Republicans strongly denounced the anti-Semites running under their banner. Senator Ted Cruz tweeted, “An avowed Nazi running for Congress. To the good people of Illinois, you have two reasonable choices: write in another candidate, or vote for the Democrat. This bigoted fool should receive ZERO votes”. This is significantly better than the senior Democrats’ handling of anti-Semites running and winning under their banner, but it is still not enough. The fact remains that a Nazi can run and could theoretically win under a Republican banner, and Republican leaders cannot, under current rules, do anything about it.

For the Democratic Party, the cancer may be advanced enough that the only way to remove it is to split the party. If this is the case then Democrats must consider what they want for their future. Is the prospect of short-term electoral victories worth the price of losing the moral authority to govern?

For the Republican Party, it may still be possible to remove the cancer without splitting the party, but it would mean admitting that they too have a problem, instead of playing political games and only blaming the Democrats.

For both parties, the challenge in front of them is to choose the moral high ground and to rise above petty partisan interests and short-term considerations. But based on the behavior of both parties in recent history, we can expect that both will choose partisanship over morality.

There is today very little optimism to be found for the Jews of America.