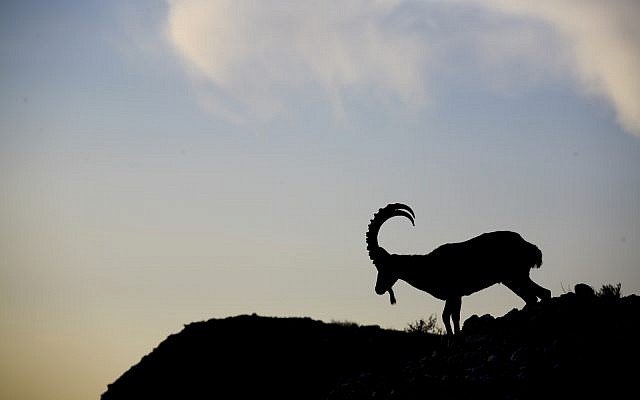 What qualities would you look for to lead a nation? Obscene wealth? Sweeping ignorance? Tiny, tiny hands?

Then, according to the Talmud, Joshua ben Gamla would be your man. JBG was High Priest in the last decade of the Second Temple in Jerusalem, and the Talmud in Tractate Yoma paints a picture of him which is… less than flattering. In the Babylonian Talmud (18a), Joshua ben Gamla is the prototypical High Priest who never learned the basics of the Yom Kippur service; in the Jerusalem Talmud (5:1), he holds the record for smallest grasp, “for his hand could hold but two olives’ worth.” How did he get the job? BT Yevamot 61a reports that it was thanks to his rich wife, Martha:

[The king] appointed him” — but he was not elected! Said Rav Joseph: I see collusion [Rashi: “a conspiracy of villains”] here; for Rav Assi, in fact, related that Martha bat Boethus gave King Jannai a gallon of dinars to appoint Joshua ben Gamla among the High Priests.

That is why it’s such a shock to find another Talmudic passage (BT Bava Batra 21a) in which Rav declares:

Indeed, that man should be remembered for good — Joshua ben Gamla is his name — for if not for him, the Torah would have been forgotten from Israel. At first, one who had a father, he would teach him Torah; but one who had no father would not study Torah… Then they instituted that teachers be hired in Jerusalem… Until Joshua ben Gamla came and instituted that teachers be hired in every locality and every municipality, and they would be brought to school from the ages of six and seven.

So is Joshua ben Gamla hero or villain? Some commentators argue that there must have been two men by this name; or that he was qualified, but not the best candidate for the High Priesthood; or that he started out unfit but matured in the position. These arguments are not particularly convincing, given that the historical record mentions only one Joshua ben Gamla, who lasted about a year.

What if it’s all true? Yes, Joshua ben Gamla was totally unlearned; but as the last source makes clear, that could easily be an accident of birth. Living in the periphery, with no father to teach him, someone like Joshua ben Gamla would not have had a chance at an education. Still, JBG claws his way, bit by bit, to the top of Second Temple society and buys the High Priesthood — not because he needs the title, but because he intends to do something with the office: make sure no other child faces the lack of opportunity he has.

There is one more mention of ben Gamla, also in Yoma (Mishna 3:9):

There were two goats and an urn (kalpi) was there, and in it were two lots. They were of boxwood, but ben Gamla made them of gold, and they would mention his name in praise.

To choose the Yom Kippur scapegoat, lots were drawn to choose which of these identical goats would be sent to Azazel in the desert, symbolically taking the sins of all Israel with it, and which would be offered on the Altar. (In modern Israel, we vote by putting our “lot” into the kalpi.) Originally, we are told, the lots are made of boxwood, but ben Gamla gilds the lottery. Why? If JBG were merely a short-fingered vulgarian, we could presume a compunction to cover everything in gold. But that is not the man the previous source shows him to be, nor would it be a reason to “mention his name in praise.”

Perhaps we should instead wonder why the lots were originally made specifically from boxwood. This material shows up elsewhere in the Mishna (Nega’im 2:1), when Rabbi Ishmael declares: “The Children of Israel – may I make atonement for them – are like boxwood, neither black nor white, but in between.” In context, Rabbi Ishmael (the High Priest) is stating that there is a standard color for Jews, from which both white Germans and black Cushites diverge — but Rabbi Akiva (whose own father was a convert, according to some traditions) immediately objects. True, the Torah is given to a specific ethnicity, a family descended from twelve brothers. However, by the end of the Second Temple era, Judaism is no longer merely a color. Most Jews are brown, yes; but some are white, some are black, and they must all be equal before the law.

Joshua ben Gamla may not have known the intricacies of the Yom Kippur service, but he knew that its climax was the drawing of the lots for the scapegoat. So he replaced the boxwood ballots, which could send an exclusionary message, with golden ones, which could represent everyone. And that is why his memory is praiseworthy.