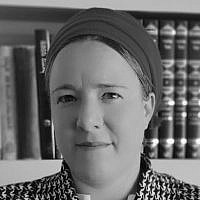 The Blogs
Moriah Dayan
Apply for a Blog
Advertisement
Please note that the posts on The Blogs are contributed by third parties. The opinions, facts and any media content in them are presented solely by the authors, and neither The Times of Israel nor its partners assume any responsibility for them. Please contact us in case of abuse. In case of abuse,
Report this post. 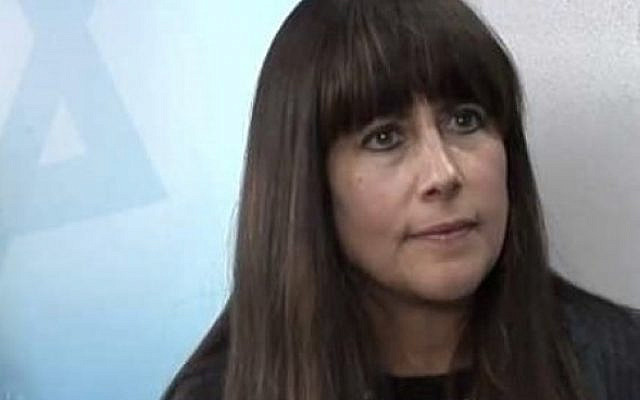 Imagine for just a minute a man who decides one day to take his wife and hold her hostage. For 18 years, that woman remains imprisoned in a darkened world, deprived of the ability to sleep soundly, robbed of any chance of building the life and future of normalcy that she had always dreamed of, her days defined by a type of merciless cruelty that continues without any end in sight — an inescapable aspect of every part of her reality.

And then an opportunity comes along whereby the woman could be rescued from this evil, setting her free from those very ties that have left her bound for nearly two decades.

Is it conceivable that, in the face of those anguished cries begging for freedom, our legal authorities wouldn’t do everything in their power to save her?

It is this very scenario that was presented to the Israeli Supreme Court this week, when Lonna, an agunah (chained woman) of close to 20 years, petitioned the court with a desperate last plea for freedom.

Her request was that the state should issue a ruling preventing the burial of her husband or any of his relatives, all citizens of the US, until the moment that he grants her a get and sets her free. The request is based on established principles of Halakhah, or Jewish law, whereby the interests of the deceased are surpassed by those of the living, as well as a ruling of Chief Rabbi of Israel David Lau, who wrote, “Delaying the burial of a deceased individual in the name of a great need or to address a disgrace that is being imposed on the living by the deceased is both permissible and a tool that has been applied in previous generations. This is all the more so the case when the individual in question is someone who is denying the will of a rabbinical court that has already imposed sanctions and restraints, and all the more so when it has been established that the rabbinical court has opined that delaying such a burial could allow an agunah to escape her predicament…”

The case in question is one of the more complex cases we have confronted, where, for close to two decades, the husband has been carrying on with his life in the US, going so far as to remarry, even while he acts in this depraved manner to keep his first wife in chains. The question of when and whether to let her free remains wholly in his hands and dependent on his whims. This man, who has repeatedly disregarded any sense of basic kindness or compassion, now expects the State of Israel to allow him to bury his frail father in an Israeli cemetery — based on the claim that respect for the dead trumps any other consideration.

The Rabbinical Council of California, the relevant religious court in the jurisdiction where the husband lives, has already ruled that neither the recalcitrant husband nor his family members, who have repeatedly supported his actions in chaining his wife, should be granted the right to a Jewish burial. The question thus becomes whether the State of Israel should be acting as a refuge to allow him to escape that decision. Is it in any way just or reasonable that we should expect this woman, who for years has been deprived of her freedom, to give up on what might just be the very last weapon in the arsenal, the very tool that could break those bonds and set her free, because of the supposed claim of “respect for the dead”? Certainly not.

The State of Israel has already ruled that when it comes to issues where the rights of the living clash with those of the deceased, the law prioritizes the living. This position has been implemented in the ongoing war against terror, where, if there is a suspicion that human life might be in question, or there is even a chance that such actions could help reveal life-saving intelligence, the state can refuse to hand over the body of a terrorist or delay his or her burial. Is the right of a chained woman to freedom less valuable than potential information related to a terror attack? Certainly not.

Obviously, we are talking about very difficult and unfortunate circumstances that we would never even consider resorting to in a normal situation. But as we expressed in the brief establishing Yad La’isha as amicus curiae — a “friend of the court” who provides the judges with information, expertise, or insight that has bearing on Lonna’s petition: in the current legal environment, and as long as the civil legislature adopts religious law in matters of personal status and enables the existence of such severe cases denying the freedom of women, it is appropriate and even obligatory that the state and all its authorities should allow the use of all existing halakhic tools, including non-conventional ones. The pain and suffering of the agunah emerges from the halakhic sphere, and, as long as that remains under the auspices of the state, then the state has no right to prevent the implementation of solutions that exist within that structure.

The state authorities must act in all ways possible to find a solution to the agunah crisis, and in this clash between the dignity of a chained woman and the dignity of a get-abuser, then the rights of the woman to freedom and autonomy must come first. This is all the more true when the rights of the get-refuser lie in his very own hands; his decision can set his wife free, and immediately restore the right of burial in Israel for himself and his family.

Based on my years of experience encountering hundreds of relevant cases, I know that get-refusers rarely act on their own. They are assisted and supported by those around them who provide moral and financial support that allows them to continue to refuse their wives’ freedom. So too in this case. The recalcitrant husband’s father and brother attended his second wedding, despite being fully aware that he was depriving his wife Lonna of a get, grossly and insolently violating the Halakhah and laws prohibiting bigamy. Should their dignity be honored when for so many years they violated and denied the dignity of the agunah? Certainly not.

It is important to stress that the intent behind denying burial in Israel is not to punish the get-refuser or his relatives, but rather a legitimate means of applying pressure on them, in accordance with Halakhah, with the sole purpose of encouraging the get-refuser to do what is correct and just. In the environment created by get-abuse, when the state courts must weigh conflicting rights, the rights of the living must outweigh the rights of the dead. This is the just and proper solution reflective of the fundamental principles of the State of Israel, both of our ancient heritage, as well as the current social consensus. All of which say unequivocally: we will not allow the freedom of women to be buried.

About the Author
Moriah Dayan is an attorney and rabbinical court advocate at Ohr Torah Stone's Yad La’isha Legal Aid Center, which has been representing and freeing agunot for 25 years.
Related Topics
Related Posts