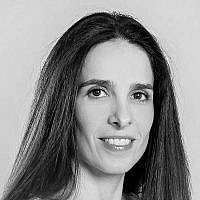 The Blogs
Galit Palzur
Apply for a Blog
Please note that the posts on The Blogs are contributed by third parties. The opinions, facts and any media content in them are presented solely by the authors, and neither The Times of Israel nor its partners assume any responsibility for them. Please contact us in case of abuse. In case of abuse,
Report this post. 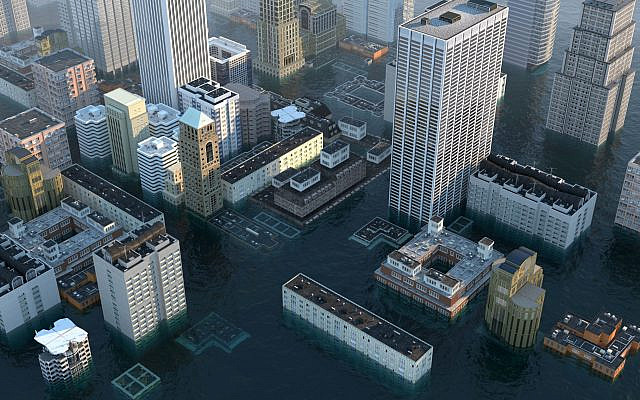 Here’s a question for those of you who are purchasing these days or intend to purchase real estate in Israel: how many of you have examined or thought of examining the natural hazards that the property faces and asked yourself to what extent these natural hazards pose a risk to the property?

Natural hazards, such as wildfires, flooding, extreme heat, earthquakes, and weather storms, are not a significant consideration of most Israelis when buying a real estate property. A number of surveys conducted by the Israeli Ministry of Construction and Housing throughout the last two decades regarding the considerations of apartment buyers found that people tend to focus more on parameters such as location (city and neighborhood), price, proximity to family and educational institutions, proximity to the workplace, transportation accessibility, economic development and proximity to commercial centers. In matters related to the environment (environmental hazards are not the same as natural hazards; they include air, water, and land pollution along with radiation, noise and waste), a 2015 survey conducted by Midgam – Research & Consulting Ltd. found that about 90% of the survey’s participants said that they take environmental hazards into consideration when purchasing real estate, though in practice, only 60% answered that they have actually examined the issue when making a transaction.

So far, natural hazards have turned into natural disasters in Israel only on rare occasions. The risks associated with natural hazards in Israel have been quite negligible, so it isn’t a surprise that the public hasn’t taken this issue into consideration. But this, most probably, is about to change, as mounting scientific data suggests climate related events in Israel will become more common and their impact more destructive. The Intergovernmental Panel on Climate Change (IPCC) has just published its Sixth Assessment Report focusing on the physical science basis of climate change. The report states that summer temperatures on earth have become higher in recent years and specifically for the Mediterranean region, evidence shows there is high confidence that the projected summer temperature increase will be larger than in the global mean. This is also affirmed by the Israel Meteorological Service and the Water Authority which warn that climate-related extreme events in Israel are on the rise.

According to the Israel Meteorological Service, Israel is facing a significant warming trend in all regions. The heat wave we are experiencing these days in Israel is, according to experts, a sneak-peak to what lies ahead. Extreme heat waves, droughts and wildfires will all become common occurrences, just like the wildfires around the towns of Shoresh and Shoeva last week, which approached just 350 meters away from homes and demanded the evacuation of inhabitants. The traffic on Highway 1 between Jerusalem and Tel Aviv was brought to a halt.

In addition, climate change has already started affecting the sea level of the Mediterranean Sea. The sea-level along Israel’s Mediterranean coast is on a rise of 10 mm per year. Rising sea-levels have an impact on the coast and as water levels rise higher, flooding is expected to occur alone the coastline. Without any adaptation to this development, it will be necessary to relocate the infrastructure and coastal assets elsewhere. Sounds like science fiction? Well, there are precedents. The President of Indonesia has decided in 2019 to relocate the capital city from Jakarta to the island of Borneo for several reasons, one of which is the fact that capital city of Jakarta, which is located on the island of Java, is sinking and one of the consequences of this is that parts of the city are now more prone to flooding.

The higher the likelihood of such natural disasters turning into natural disasters, the more there is a need for people to take them into consideration when taking big decisions – such as where to live. With respect to wildfires, it is logical to presume that people who choose to buy a real estate property in areas surrounded by vegetation or a forest, like the towns of Shoresh and Shoeva, are aware of the risk that wildfires will consume their home. Even if they and all the authorities in Israel complete all the necessary preparations, like removing weeds and pruning bushes and trees that are adjacent to homes, nature is much stronger.

When it comes to flooding, there are geographic information system (GIS) maps that present the risks of flooding, whether from torrential rain or from tsunamis along the Mediterranean coast. In 2009, the Geological Survey of Israel published a map of the areas prone to tsunami flooding along the shores of Israel’s Mediterranean Sea. This map can be used to identify risk areas and locate buildings and infrastructure exposed to this risk. Although the risk of an incident occurring is relatively low, but still exists, there is room for the government to make this database and related information on flooding in general accessible to the public so that people can decide for themselves whether this is a risk they are willing to live with.

It should be noted that some people, even when knowing the chances of having their home flooded or consumed by wildfires, will still choose to live where they do, because other parameters are of higher precedence. There are those who are well aware of the fact they live in a building that will most probably not withstand a strong earthquake and do not make the effort to find another residence. Many reasons can account for this, but these are beyond this short article. In any case, at the moment, it seems there is limited awareness and without a fair amount of awareness it is impossible to make personal informed decisions. Furthermore, when some of the responsibility for adapting to the risks of natural hazards lies on the government, municipalities and on the companies in the real estate and infrastructure sectors, knowing what to demand of them is also necessary.