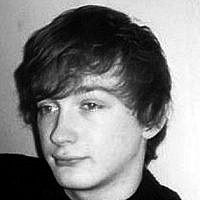 Just hours after Iranians went to – or in many cases, boycotted – the polls to choose a new president in an election described by commentators as a sham, Iranian dissidents at Camp Liberty outside Baghdad came under a deadly mortar attack which has left two dead and more than seventy wounded.

The camp, housing over 3,000 members of the Peoples Mojahedin Organization of Iran (PMOI) was attacked at 1.15PM local time on Saturday. The group – which calls for equal rights for women and minorities, religious freedom for Iranians, and the overthrow of the theocracy in Tehran – has been the focus of a misinformation campaign by the Iranian regime, which has sought to discredit the PMOI.

Nonetheless, their message has proven popular amongst Iranians, with graffiti, posters and banners in support of the organisation, and its leader Maryam Rajavi, appearing in various cities around Iran in the run-up to the tightly controlled elections.

The group has been at the centre of some controversy in recent months with regard to the movement of the dissidents from their home in Ashraf City to Camp Liberty, a now dilapidated site formerly used by the US Army. UN documents have shown that Martin Kobler, then Head of the United Nations Assistance Mission in Iraq (UNAMI), lied about the conditions at Liberty so as to ensure their transit to the camp. Tahar Boumedra – a former UNAMI official – has described the cramped site as being reminiscent of a ‘concentration camp.’ Kobler was removed from his position at UNAMI earlier this month, days after retired US Army Colonel Wesley Martin – who worked directly with the PMOI in 2006 – reported to the European Parliament that ‘due to the behaviour of the husband and wife Kobler team… the risk of another attack is very high.’

This is not the first time the dissidents at Camp Liberty have come under attack; on the 9th February this year a mortar attack killed 9 and wounded more than 100. The attack was carried out by a Tehran-backed militia, the Mukhtar Army, under the command of Brigadier Abdul Reza Shahlai of the Islamic Revolutionary Guard Corps’ Qods Force.

A similar attack was perpetrated in February 2011. This attack did not kill any of the residents, due to the 17,500 concrete blast shields surrounding the containers in which the prisoners live. Shortly after this first attack failed, these shields were removed by the Iraqi authorities. Indeed, it is clear that the mortar attacks which have plagued the residents of the camp have been conducted with the assistance of the Iraqi authorities – attackers freely being given access to the site, which lies behind the five checkpoints surrounding the Baghdad Airport Zone.

On the day of the attack, Wathiq al-Battat, leader of the Iran-sponsored Mukhtar Army, admitted responsibility; even noting that members of the group had prepared 150 mortars to fire into the camp. Most worrying for the residents of Camp Liberty perhaps – considering the impunity with which Iranian proxies now operate in Maliki’s Iraq – Battat promised that there would be more to follow.

About the Author
Curtis Sinclair is a founder and Co-Chairman of the Ashraf Campaign (ASHCAM).
Related Topics
Related Posts
Comments 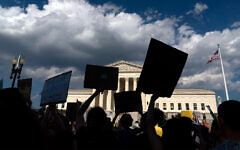