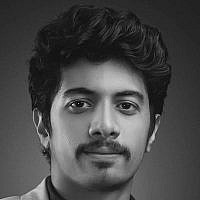 The Blogs
Adithya Anil Variath
Apply for a Blog
Please note that the posts on The Blogs are contributed by third parties. The opinions, facts and any media content in them are presented solely by the authors, and neither The Times of Israel nor its partners assume any responsibility for them. Please contact us in case of abuse. In case of abuse,
Report this post. 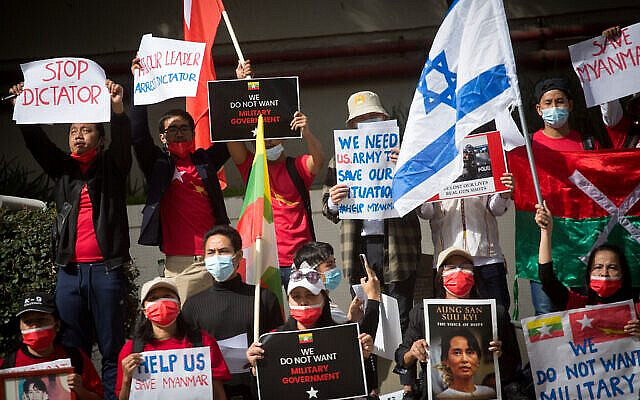 Since 1st February 2021, Myanmar is witnessing political turmoil due to a military coup taking control of the government and detaining the democratically elected leader Aung San Suu Kyi and the country’s President Win Myint. Over the last 100 days, the Office of the High Commissioner for Human Rights (OHCHR) reported that over 3,080 people are detained and there are reports that 23 people have been sentenced to death following secret trials by the military.

According to the OHCHR, over 700 civilians have been killed in the brutal crackdown on peaceful demonstrations by the security forces since the full-fledged coup d’état in the country. Former Australian Foreign Minister Gareth Evans in his recent article wrote, that “the present crisis in Myanmar demands unequivocally to be treated as Responsibility to Protect (R2P) one- as were the early periods of one-sided repression of peaceful dissent in Libya and Syria.” The R2P is an international effort by the international community to halt the mass atrocity crimes of genocide, war crimes, ethnic cleansing and crimes against humanity. The concept of responsibility of the international community to protect and the correlative obligation of the international legal system to maintain peace received international recognition after the failure of the global community in Rwanda and the former Yugoslavia during the 1990s.

With the Canadian Government’s support, the International Committee on Intervention and State Sovereignty (ICISS) developed the doctrine of R2P in 2001. The Responsibility to Protect was unanimously adopted by the international community in 2005 at the UN World Summit. Paragraphs 138 and 139 of the World Summit Outcome Document lays down the doctrine in detail. Since then, R2P has found its application in around 80 UN Security Council resolutions, 50 Human Rights Council resolutions and 13 General Assembly resolutions, most notably in the crisis in the Central African Republic, Libya, Somalia, South Sudan, Syria, etc.

According to the ICISS report, intervention for humanitarian purposes is only justified when there is “serious and irreparable harm occurring to human beings, or imminently likely to occur.”  More specifically in the cases of (1) “large scale loss of life, actual or apprehended, with genocidal intent or not, which is the product either of deliberate state action, or state neglect or inability to act, or a failed state situation,” and/or (2) “large scale ‘ethnic cleansing,’ actual or apprehended, whether carried out by killing, forced expulsion, acts of terror or rape.”

There is a growing host of transnational challenges which undermine the legality and practicality of R2P. In a normative fashion, regional institutions are actively developing variations of the R2P and the idea of “sovereignty as responsibility” as the means to implement it. In its structural sense, the international community is duty-bound to encourage and assist states to fulfil their putative responsibility, however, the intuiting factor determining the discourse of state action is gravity. Humanitarian interventions are guided by character, gravity and scale.

The neologism “gravity” finds its reflections in various sources of international law. In the R2P discourse, “gravity” is used as a justification for military intervention or to breach the conventional notions of sovereignty so as to prevent wrongful acts. Despite the ambiguity around related terms like “grave”, “gross” or “serious”, the classification of situations under the umbrella of “grave” has serious politico-legal repercussions under international law. The obscurity of what constitutes gravity makes it easily subject to political exploitation.

The “civilized states” have used the gravity of international law violations as a justification of their political agendas for intervening in the affairs of Third World States. The ambivalence of gravity in international law and exploitation of this dubiety legalises the usually illegal.

When the High-Level Panel on Threats, Challenges, and Change established by Secretary-General Kofi Annan endorsed the R2P principle, it stated that the Security Council should always consider the gravity of the threat when considering whether to authorize or endorse the use of military force. The High-Level Panel raised a number of questions with regards to the gravity of a threat, specifically, “Is the threatened harm to State or human security of a kind, and sufficiently clear and serious, to justify prima facie the use of military force? In the case of internal threats, does it involve genocide and other large-scale killings, ethnic cleansing or serious violations of international humanitarian law, actual or imminently apprehended?”

The UN High Commissioner for Human Rights raised her concern that the failure of the international community to respond to the murdering and jailing of protesters in Myanmar with united resolve could be disastrous. Myanmar citizens have hit the streets with slogans #WeNeedR2P, #SaveMyammar and “We Need R2P, We Want Democracy”.

After the UN Special Envoy’s report to the UN Security Council of “widespread, systematic attacks on civilians in Myanmar”, the UNSC emphasized reliance on the Association of Southeast Asian Nations (ASEAN) to help engage all parties in brokering peace: “The Security Council reiterates its strong support for regional organisations, in particular the Association of Southeast Asian Nations and its readiness to assist Myanmar in a positive, peaceful and constructive manner. It commends ASEAN’s continued efforts to engage with all relevant parties in Myanmar.”

However, ASEAN States response has been rather inadequate and ineffectual. On March 27, Thailand, Viet Nam, and Laos, all three being ASEAN Members sent representatives to a military parade in Myanmar, hosted by coup-leader Min Aung Hlaing. The other countries that attended the Tatmadaw’s annual parade were China, Russia, Pakistan, Bangladesh and India.

ASEAN Charter Principles requires all ASEAN Member States to “act in accordance with the following Principles”: “(h) adherence to the rule of law, good governance, the principles of democracy and constitutional government.” The ASEAN states have not yet collectively condemned the coup.

The United States and the United Kingdom issued sanctions on two military conglomerates – Myanmar Economic Corporation (MEC) and Myanmar Economic Holdings Ltd (MEHL), targeting the Myanmar military. However, in the UN Security Council permanent members China and Russia blocked the Security Council condemnation of the Myanmar military coup. This move was a wake-up call for the ASEAN States to come together and act against the atrocities committed by the coup.

According to the World Summit Outcome Document, regional organisations play an important role in implementing R2P. Paragraph 139 of the Document states that the UN Security Council should cooperate “with relevant regional organizations as appropriate” to take collective action when confronted with “genocide, war crimes, ethnic cleansing and crimes against humanity”.

In new world disorder of how States unilaterally determine what constitutes a grave violation for humanitarian intervention. There is a need to structuralise a normative framework on how gravity should be calculated keeping aside the political considerations. Many ASEAN States do not consider the systemic violence in Myanmar as grave enough to deploy R2P tools. The ASEAN bloc has in the past failed to act against the mass atrocities committed against Rohingyas in Myanmar, despite establishing a specialised institution like the ASEAN Intergovernmental Commission on Human Rights.

Hersch Lauterpacht once famously remarked, “The first function of the legal organization of the community is the preservation of peace.” To restore peace, preserve democracy and promote security in the region, ASEAN States have to commit themselves to the Responsibility to Protect doctrine and deploy tools like accountability, economic sanctions, arms embargoes, etc. Inaction in a crisis like this actually questions the credibility and legitimacy of institutions like ASEAN and the international law itself.

About the Author
Adithya Variath is a lawyer and researcher based in Mumbai, India. His research focuses on issues of international law and policy, TWAIL and foreign policy.
Related Topics
Related Posts
Comments